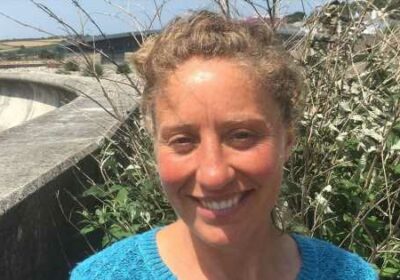 An author was left stunned are she correctly received a letter addressed to "woman in Cornwall shed".

The sender had addressed the letter to Katrina Davis, who lives in a shed "near a village, 21 miles from Land's End".

It went on to tell postal workers that the outbuilding "featured on BBC2 Simon Reeve Cornwall programme".

Ms Davies, who spells her first name with a C and has an E in her surname, said it was a "sterling effort" from Royal Mail who sent her the letter.

It got to her despite the envelope missing a town, street name or postcode.

Catrina has lived in the shed, which was included in a segment on travel documentarian Reeve's BBC series, for more than a decade.

On the show, she talked about affordable housing in Cornwall – and said the letter had been in support of her comments on the programme.

The writer said the letter was a "lovely thing" to receive in the post.

She said: "It just makes you feel like maybe the world's smaller and more local than it feels sometimes.

"I guess it would get sent to Cornwall and then somebody would think 'Land's End, I'll send it to Penzance' and then there must have been somebody in the Penzance sorting office who went 'Yeah, I know where that is'.

"It's just great that they made the effort and didn't just throw it away."

While the sender watched her TV appearance in November, Ms Davies said she hasn't watch it herself yet.

Another letter which hit headlines recently was one written by a girl, 8, who wrote it to her dad "in heaven".

Sianna Tully didn't expect to get a response, however her family were moved when a postman took the time to reach out to them.