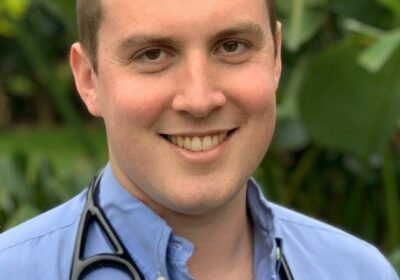 A local emergency department doctor and Wiradjuri man has been announced as the Labor candidate for a key battleground seat in NSW ahead of the next federal election.

Dr Gordon Reid will run against incumbent Liberal MP Lucy Wicks in the Central Coast electorate of Robertson. Ms Wicks has held the bellwether seat since 2013, increasing her margin to 4.3 per cent in the 2019 election. 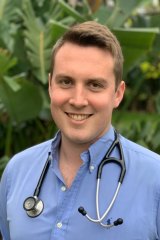 Dr Gordon Reid has been announced as Labor’s candidate for the electorate of Robertson on the NSW Central Coast.

Dr Reid, who grew up on the Central Coast and has worked as a doctor in the health district for five years, said he would champion better health services for his community and advocate for local jobs.

“I know there is a lot of hard work ahead and I’m fully committed to doing my very best to highlight local issues and get a better deal for our community,” Dr Reid said.

“Gordon, like so many other front-line healthcare workers, knew this was always a race against the virus. He has experienced first-hand the realities of vaccine shortages and community concern on the Central Coast,” Mr Albanese said.

“As Labor’s candidate for Robertson, Gordon will also fight for small businesses, struggling to survive the economic impacts of the pandemic, he will fight for better access to GP services, for public education and for the environment, especially to protect the ocean and amazing beaches of the Central Coast.”

In another key seat, Labor has announced Olympic shooter Daniel Repacholi will run in the Hunter seat of outgoing Labor veteran Joel Fitzgibbon, as the backbencher retires after 25 years in Federal Parliament.

Earlier this month, Mr Fitzgibbon announced he would leave Parliament at the next election and urged his Labor colleagues to depoliticise the climate debate or they would risk losing. He suffered a 14.15 per cent primary vote swing against him in 2019, and last year quit the Labor frontbench in a fight over the party’s climate change and energy policies.

The Nationals have indicated they would target the coal-mining electorate, but Mr Fitzgibbon said he was confident Labor could hold the seat that was previously held by his father for more than a decade.