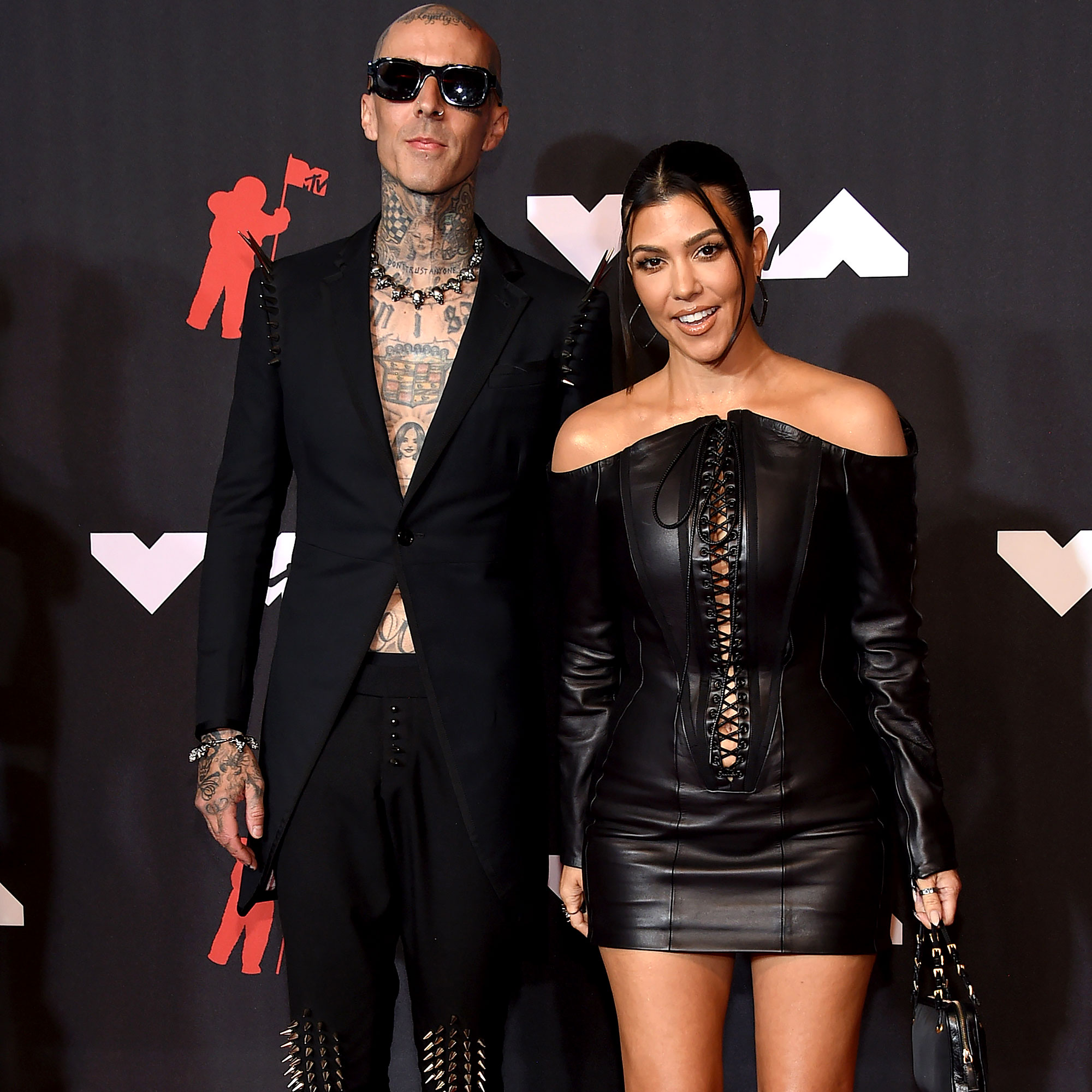 Ooh, la la! On Thursday, December 30, Kourtney Kardashian snapped a photo of the lingerie she brought on her and fiancé Travis Barker’s romantic getaway to Montecito, California — and it’s equal parts edgy and sexy.

Celebs in Undies: Stars Who Flaunt What Their Mamas Gave Them in Lingerie

The 42-year-old reality star shared a gallery of images to her Instagram feed with the caption, “A night away.” The photos showcase what are seemingly some special moments from their quick trip, including a beach at sunset, a big bowl of spaghetti from Tre Lune Ristorante and, of course, the aforementioned lingerie.

Photographed on the bed, the red and black nightdress features a feather-trim hemline and handprints on the chest. The Keeping Up With the Kardashians alum has yet to reveal the brand behind her lingerie, but it’s safe to say that fashion-loving internet sleuths will track it down ASAP. 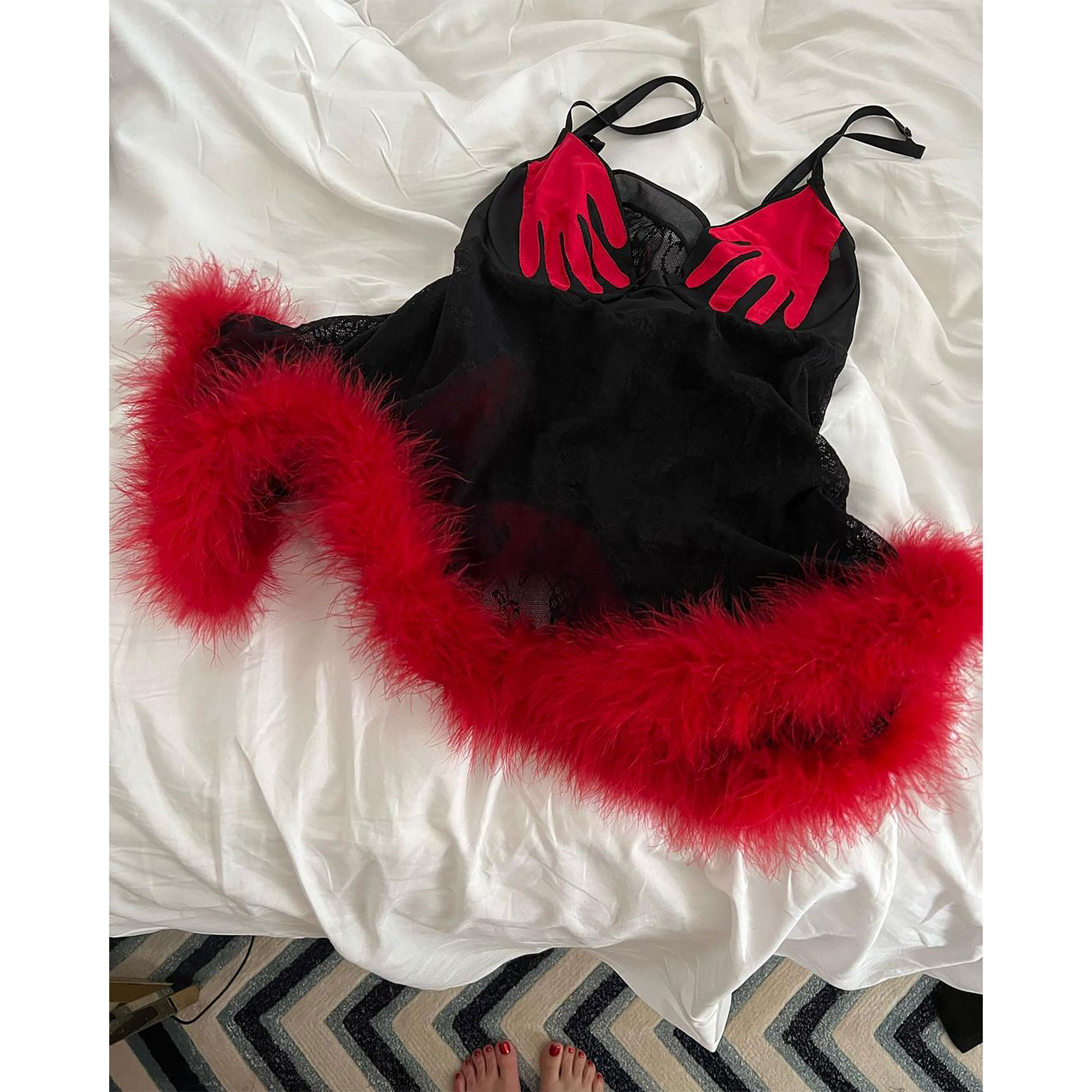 Of course, Kardashian’s 157 million followers couldn’t help but say something about the itty-bitty dress. “Waiting to see a post of you in the red and black lingerie please,” one person commented. Another said, “Love the lingerie piece.”

The Hottest Celebrity Bikini Moments of 2021: From Hailey Baldwin to Heidi Klum

The couple visited Montecito from Tuesday through Wednesday of this week, documenting the experience on their respective Instagram Stories. While there, they paid a visit to the beach at the Rosewood Miramar Hotel, which is where Barker got down on one knee to propose in October.

The Blink 182 drummer proposed on the beach on October 15, staging the most romantic proposal, in which the couple was surrounded by hundreds of red roses. He popped the question with an oval-shaped diamond that’s estimated to be 15 carats. At the time of the engagement, Mike Fried, the CEO of The Diamond Pro, told Us that he estimates the “value to be a cool $1 million.” Casual!

Kardashian and Barker got engaged less than one year after they went public with their relationship. Us Weekly confirmed that the longtime friends were officially an item in January.

Celebrity Engagements of 2021: Stars Who Got Engaged This Year

“They have been close friends for years and have been dating for a couple months,” a source told Us at the time.. “Travis is very smitten with Kourtney and has been for a while.”

The couple hasn’t spilled much info about when fans can expect them to wed, but the musician teased that they may do so soon after attending their friends’ wedding in November. “Our turn next 🌹,” he commented on a photo of them at the wedding. Can you say couple goals?