Home » Lifestyle » Kim: Kanye Compared My Style to Marge Simpson, Said My Career Was Over

Kim: Kanye Compared My Style to Marge Simpson, Said My Career Was Over 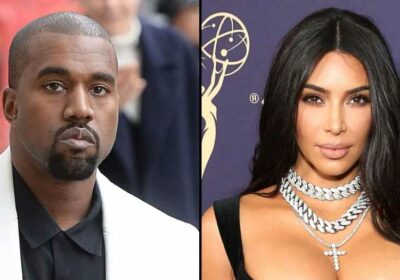 A tense situation. Amid her divorce from Kanye West, Kim Kardashian opened up about the criticism that she faced from the rapper when she attempted to break away from his styling advice.

“He told me my career was over and showed me a picture of Marge Simpson wearing something similar,” Kim, 41, told Kourtney Kardashian during a new episode of Hulu’s The Kardashians, which premiered on Thursday, May 12. The KKW Beauty founder was referring to an outfit she wore while being honored at the WSJ Magazine Innovator Awards in October 2021.

At the time, Kim publicly praised her then-estranged husband, 44, for his impact on her relationship with fashion. “Kanye will always be the most inspirational person to me,” the reality star told the outlet that same month. “He has a piece of Skims himself and gives [the team] inspiration but also information. I think he enjoys the process.”

While filming her new show, Kim admitted that she was trying to cut her last personal ties from Kanye. “Fashion has always been something that I’ve always been really into. But I have never been the creative. I definitely see what I like but I have never really been the visionary,” she told the cameras, noting that clothes are the Yeezy designer’s love language. “I always just trusted in him, but it is not just about the clothes. That was the last thing we really had in common. I was always the Kardashians with my sisters. Then I was Kimye. Who is Kim K.? That is the jump. How do I get there without Kanye?”

After nearly seven years of marriage, Kim filed for divorce from Kanye in February 2021. Later that year, the Skims founder requested to be declared legally single and to restore her last name. The request was granted almost one year after her original divorce filing.

Kanye, for his part, previously expressed that he would like to make his relationship with Kim work.

Everything Kanye Has Said About Kim K. Since Their Split

“He did an interview last night saying, like, SNL got me to say that I ‘divorced him,’” Kim explained to Kourtney, 43, on Thursday’s episode. “I came prepared with my monologue and that really, like, upset him. I showed him the monologue, but he says he never read it, like, he just didn’t read the text. Kanye had a hard time with what I said. He’s like, ‘I haven’t signed the divorce papers.’ … I don’t know [what he’s waiting for]. I ask him all the time. He says he will and then he’s like, ‘Well, I don’t want a divorce, so I don’t want to sign it.’”

During the conversation, Kim noted that she was “very sure” that her marriage was over when she made the major life change. “I knew it needed to be done when I filed because I knew it wasn’t the right situation for me,” she shared. “Now I feel super good. I got to a point where I would ask him for advice for everything down to what I wear. Even now I am having panic attacks.”

For the beauty mogul, the difficult part has been experiencing double standards with their split playing out in the public eye.

“I am always super protective of Kanye and not sharing a lot of the negative things that have happened. Just because he is not here doing the show,” Kim explained in a confessional interview. “Also, if I do something on a reality show then it’s like, ‘How dare she talk about him?’ But he can do a song and, ‘That’s so creative and expressive.’ It is always two different sides are being expressed two different ways. One is respected and one is not.”

New episodes of The Kardashians air on Hulu Thursdays.