A KFC worker has revealed how its gravy is made with bits of chicken "which come off the fryer" – and it's left some customers less than impressed.

The TikTok user explained how the fast food giant uses the off cuts and meat juices from the fryer after it "goes to the bottom" to make its famous condiment. 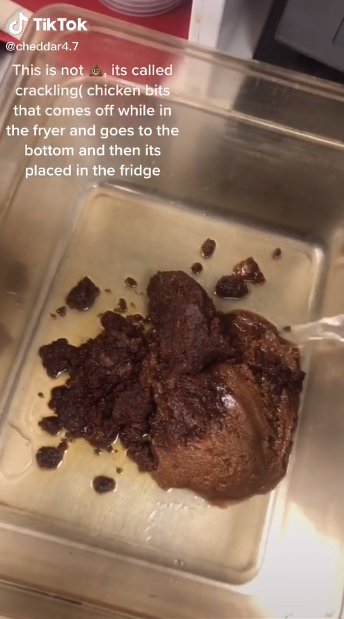 In the video, the off cuts – which the worker calls "crackling" – sit in a brown clump in the bottom of the tupperware.

The unappealing gunge is clumped together but that's because the meat residue has been stored in the fridge before hot water is added to it.

Once the liquid has been given a stir, a special seasoning mix is added to flavour it and thicken it up.

The ingredients are then heated for nine minutes, stirred and heated again. 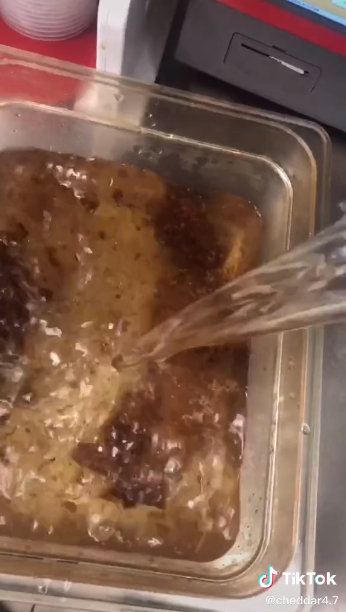 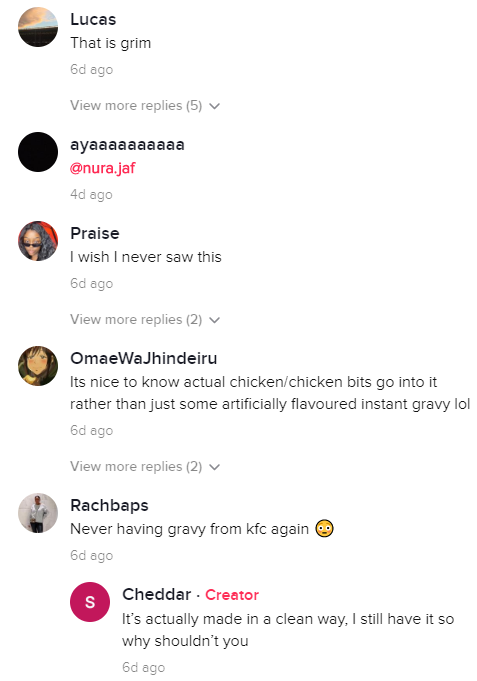 The gravy is then strained through a sieve before being poured into the iconic red-lid pots and then stored for six hours.

But while the process has "put off" some fried chicken fans, others are questioning whether diners even know that gravy is traditionally made from meat juices.

"That is grim", one person wrote, while another said simply: "I wish I never saw this."

But others pointed out that using leftover pieces and juices from cooked meat is how you make gravy.

Lauren wrote: "People in the comments obviously don't understand what gravy is." 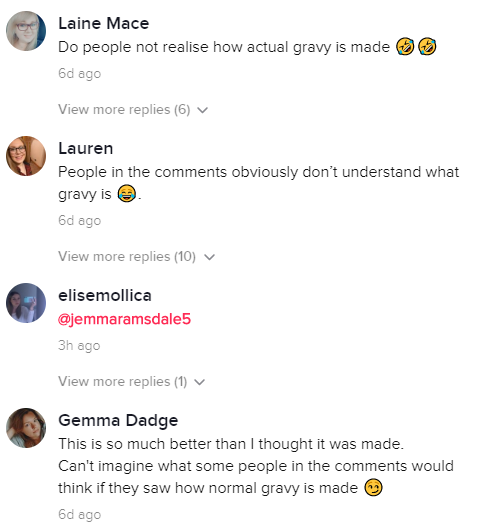 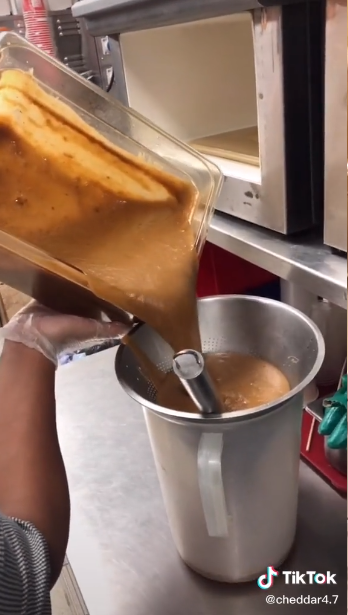 Meanwhile, Kay T said: "Do people not realised you are meant to make gravy with the meat juices? Like have you all just lived on Bisto your whole lives?"

One customer even went as far as to say that the recipe was "so much better than [the way] I thought it was made."

Another TikTok user added: "It's nice to know actual chicken/chicken bits go into it rather than just some artificially flavoured instant gravy."

The behind-the-scenes clip was uploaded to the site a week ago and has since gained more than 40,000 likes and over 2,000 comments.

The TikTok user has shared a few more videos from the KFC kitchen, including how to make mini fillets/strips and the mayonnaise "gun" cooks use to coat the chicken shop's burgers.

Last month, a Wetherspoon's chef was sacked for revealing the truth behind the pub's grub, spilling the beans on how the chain makes curries.

Now, he's threatened to release MORE recipes from the menu.