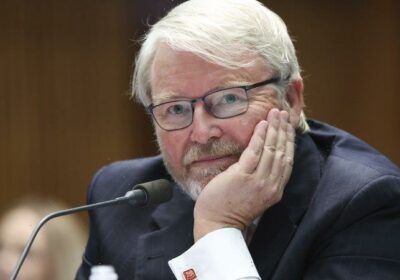 Kevin Rudd attempted a short-lived comeback to political life last year when he told senior Labor figures he wanted to contest the federal Queensland seat of Fairfax at the next election.

The two-time prime minister, who left Parliament following the defeat of his government in 2013, sent panic through the highest ranks of the party with his efforts. They included private polling of voters in the electorate, commissioned by unknown individuals, to gauge his popularity.

The Sydney Morning Herald and The Age have spoken to several ALP figures who believe Mr Rudd’s attempt to relaunch his political career was “very real”, and he had to be persuaded against standing because party officials feared his candidacy would be an unwelcome distraction and sideshow during an election campaign. 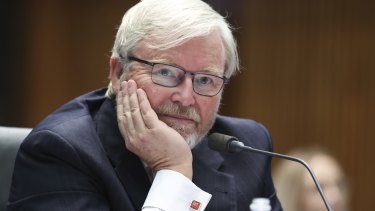 Three sources with knowledge of Mr Rudd’s planned return to federal politics said Opposition Leader Anthony Albanese became involved in discussions to practically veto his attempts to gain preselection, however, sources close to Mr Albanese denied he was personally drawn into the issue.

A spokesman for Mr Albanese did not respond to requests for comment.

Mr Rudd’s office says he had been asked to consider contesting the seat by the local Labor member, but he had “politely rejected” invitations.

Fairfax, north of Brisbane on the Sunshine Coast, includes Mr Rudd’s home town of Nambour. In July 2020, he and wife Therese Rein paid $17 million for a house that was built for world No.1 tennis player Pat Rafter at Noosa, just outside the electorate in neighbouring Wide Bay.

The seat is held by Liberal MP Ted O’Brien by a margin of 13.5 per cent, but fell in 2013 to billionaire mining magnate Clive Palmer for one term. During the winter of 2021, Mr Rudd attended several ALP branch meetings, made appearances at local schools, and staged public events in the electorate promoted with paid advertising on the front page of local papers, including a Light on the Hill address at Coolum Beach RSL to commemorate Ben Chifley’s famous 1949 speech.

Mr Rudd has also criticised Mr O’Brien to community members for what he believed was overly harsh comments about China in several essays and speeches. According to one source, he expressed a wish to challenge Mr O’Brien to a debate in Mandarin at the Nambour Country Women’s Association local hall.

Several former colleagues of Mr Rudd, speaking on the condition of anonymity, said he had expressed his frustrations with federal Labor’s approach during the middle of last year when much of the east coast was locked down during the outbreak of the Delta variant and sluggish vaccine rollout.

They said there had also been some frustration between Mr Rudd and Mr Albanese over the former PM’s campaigning for a royal commission into Rupert Murdoch’s News Corp Australia. Mr Albanese has publicly rejected the need for such an inquiry.

In early September, residents of the electorate were “robopolled” asking who they would prefer as a Labor candidate for Fairfax at the next election out of Mr Rudd, former treasurer Wayne Swan and former premier Peter Beattie, and were asked to compare their popularity to Mr O’Brien.

Robopolling is a fully automated survey in which a computer makes calls to phone numbers and a pre-recorded questionnaire is played to respondents who enter their answers using the keypad on their phone.

The ALP denies it authorised the poll and this masthead has been unable to confirm its origin or the results of the survey, but some Queensland party figures suspect Mr Rudd had commissioned the polling himself.

By October last year, Mr Rudd ended up introducing the endorsed ALP candidate Sue Ferguson for the seat, who is currently managing the street-based nursing team caring for homeless and disadvantaged people.

A spokesman for Mr Rudd said in a statement: “Kevin is frequently approached by local branch members to run for seats around the country, but he’s always politely rejected these approaches. Kevin intends to spend this election scrutinising the Murdoch media’s continued abuse of its monopoly power to spread lies about the Labor Party and its policies.”

A regular author of opinion pieces in national newspapers and a frequent guest on television and radio, senior figures within Labor have begun workshopping how to deal with Mr Rudd should it form government after the next election. One option, sources said, was a potential diplomatic posting. Among others likely to be offered postings are former South Australian premier Jay Weatherill and former federal Labor leader Simon Crean.