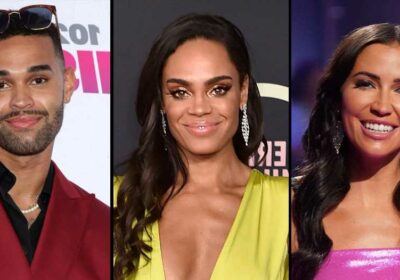 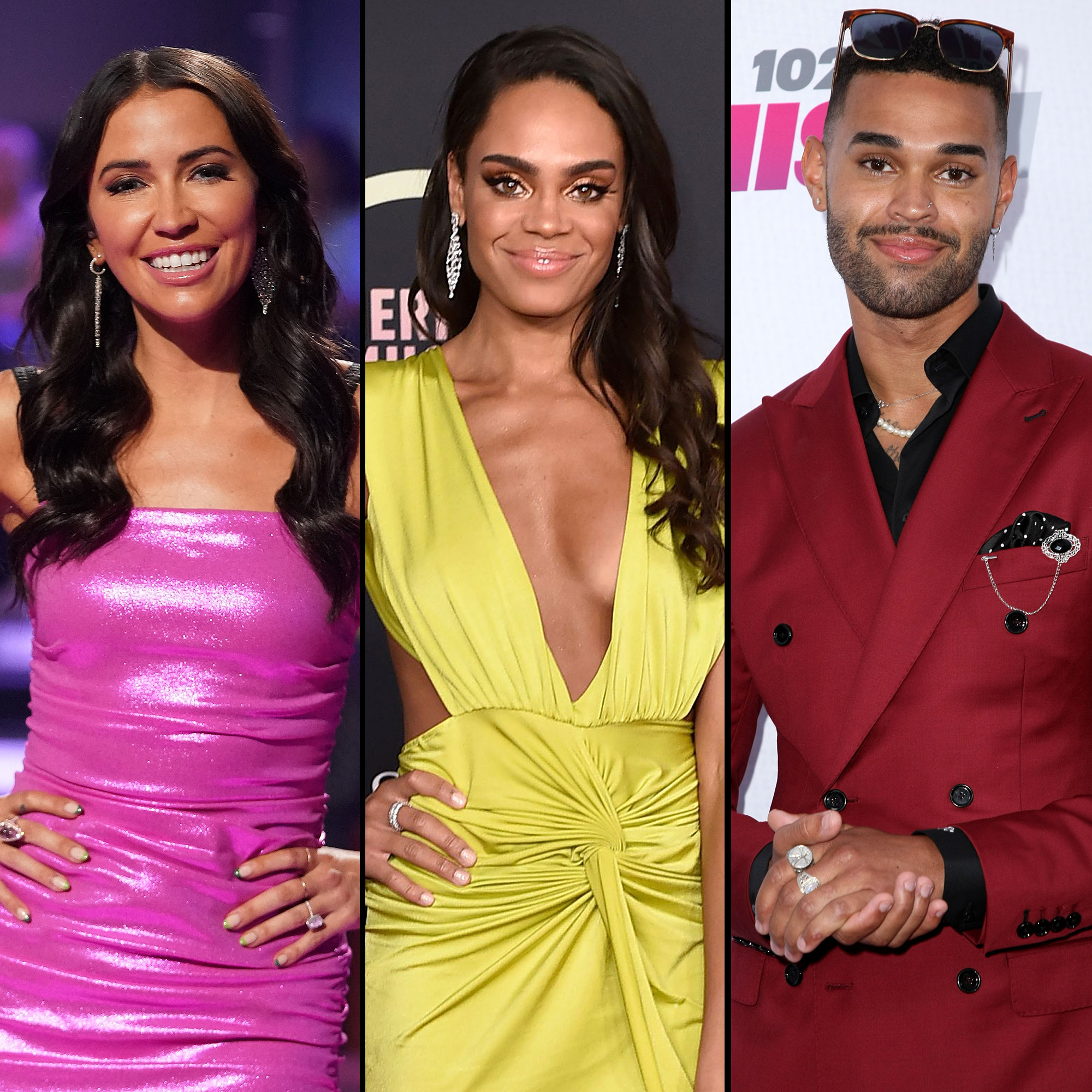 The inside scoop. Kaitlyn Bristowe has spoken to Michelle Young about her split from Nayte Olukoya, and she has thoughts about what went down.

“I don’t want to speak for Michelle because it’s her story and it’s his story and whatever, but I’ve obviously talked to her and I’m there for her, of course,” the Dancing With the Stars champ, 37, said during a recent episode of her “Off the Vine” podcast. “I was there for her through her whole experience.”

The Canada native and Tayshia Adams cohosted season 18 of The Bachelorette, which ended with Young, 29, getting engaged to Olukoya, 28. In June, however, the former teacher confirmed that the duo called off their engagement.

“I’m struggling to say that Nayte and I will be going out separate ways but I stand with him in knowing the heaviness that is present in both our hearts as this relationship has been very real for us,” she wrote via Instagram at the time. “I’m deeply hurting and will need time and space to work through this heartbreak.”

According to Bristowe, the Minnesota native was “definitely blindsided” by the breakup. “She was confused because I think it was, like, after her birthday, and she was like, ‘Wait, what?’” the Dew Edit cofounder explained. “I don’t know what happened.”

‘Bachelorette’ Contestants Who Won 1st Impression Rose: Where Are They Now

Still, the season 11 Bachelorette has been mulling over what could have gone wrong. “I don’t know this for a fact — it’s just in my opinion,” she said. “I’m like, ‘Did he just, like, like the attention, or did he find someone else? Because it did feel abrupt.”

Earlier this month, Young confirmed that she was surprised by the breakup, though she didn’t elaborate on what caused the split. “I will say this is not something that I foresaw and I’ll leave it there,” she explained during an episode of the “Almost Famous” podcast with Ben Higgins and Ashley Iaconetti.

The former basketball player also noted that the’s had “good days” and “bad days,” thanks also in part to the fact that she decided to step back from teaching earlier this year. 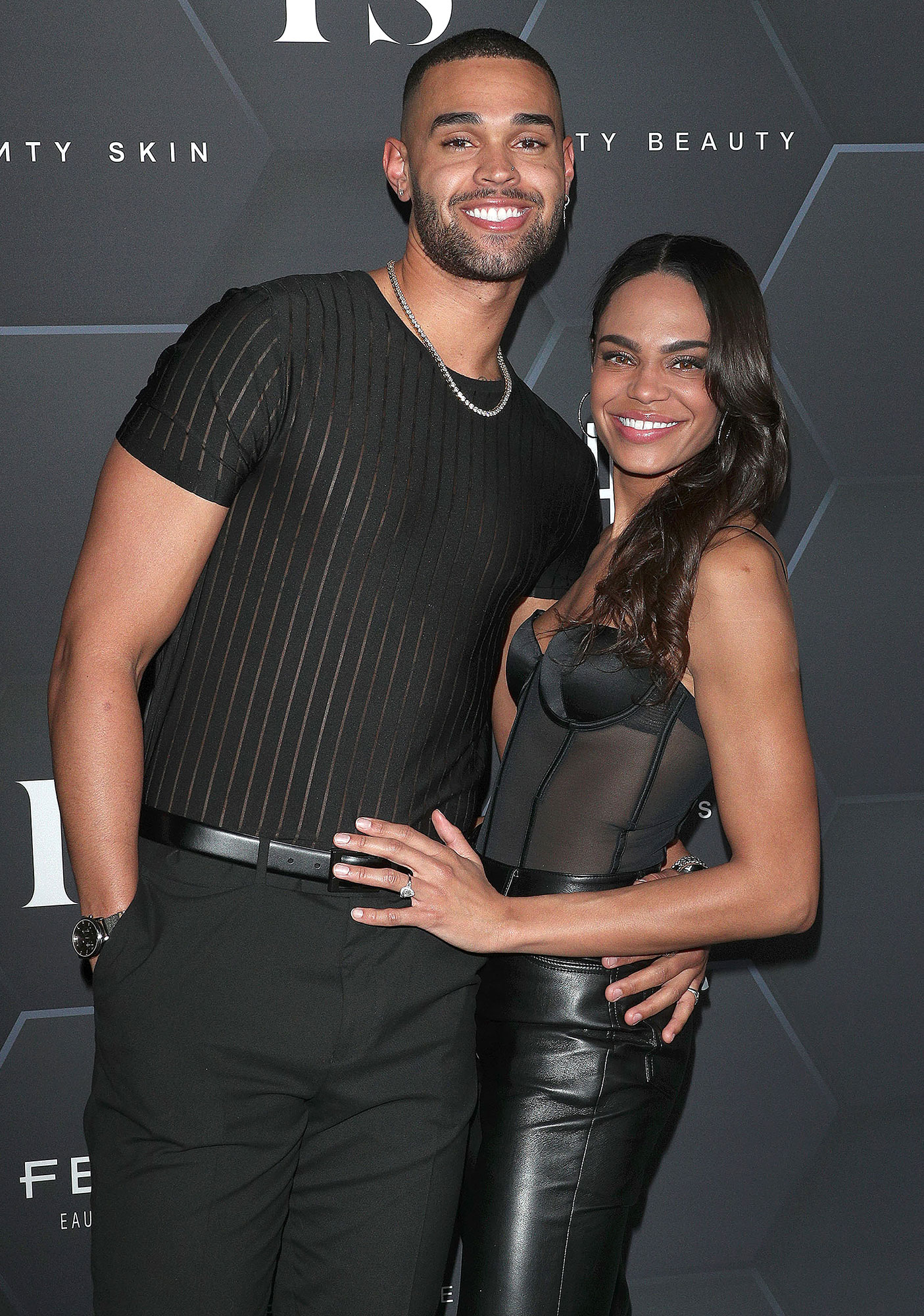 “It’s been quite a transition, I would say,” Young explained. “Just because this year, I decided to step away from the classroom this following school year just because I’ve been so burned out and just really wanting to, you know, get out of that survival mode. I kind of feel like life has taken this thing as like, ‘OK, challenge accepted … [now] deal with a breakup.’ It’s definitely not something that I planned to have to work through this summer.”

Bachelor Nation Couples Who Have Split in 2022

In recent weeks, social media users have speculated that Olukoya has moved on with Deandra Kanu, who appeared on season 24 of The Bachelor. Earlier this month, the Maine native, 26, attended his birthday party and appeared to be wearing his necklace in photos.

Days later, however, Kanu brushed off questions about the sales executive during an Instagram Live interview with fellow Bachelor in Paradise alum Ivan Hall. “Who?” she said in response to a question about whether Olukoya was her type.