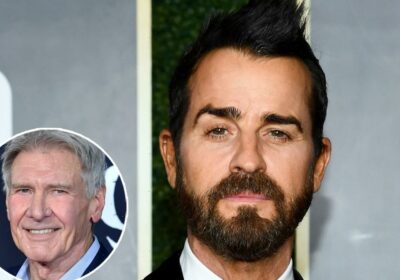 “It’s exactly what you would want a long dinner with Harrison Ford to be like.”

Justin Theroux is spilling details about the night he shared a drunken dinner with Harrison Ford.

While appearing on Thursday’s episode of “Late Night with Seth Meyers,” the actor — who was promoting his new Apple TV+ series “The Mosquito Coast” — recalled meeting Ford for the first time after the two both happened to be in Mexico City. 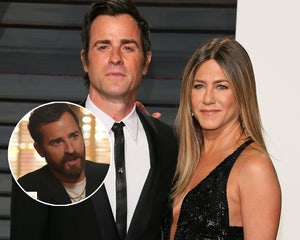 “I was in Mexico City and staying at a hotel and [Ford] happened to come in to do something else,” began Theroux, 49. “A [mutual] friend of ours notified us and said, ‘Hey, you know, Harrison Ford… he’s in the hotel.’ And I thought, ‘Well can we have dinner or something or a cup of coffee? And he said, ‘Let me put it together’ and they put it together and we had one of those private dining room situations.”

Theroux continued, “We just had a ton of tacos and tequila and just sat and gabbed and had a really long, great, slightly drunken night together. And it was fabulous.”

“It’s exactly what you would want a long dinner with Harrison Ford to be like,” he added. “He’s such a charmer. He’s a lovely man.”

As if the story couldn’t get any better, Theroux’s meet-up with Ford was coincidentally related to his new TV series, “The Mosquito Coast,” which Theroux was filming in Mexico at the time he first met Ford.

“The Mosquito Coast” is based on the 1981 novel of the same name and was written by Theroux’s uncle, Paul Theroux. A movie adaptation was released in 1986 and starred Ford as the lead. And as Meyers pointed out, Theroux plays the same character that Ford did.

Check out Theroux’s full interview with Meyers in the clip, below.

The first two episodes of “The Mosquito Coast,” starring Theroux, are available to stream now on Apple TV+.