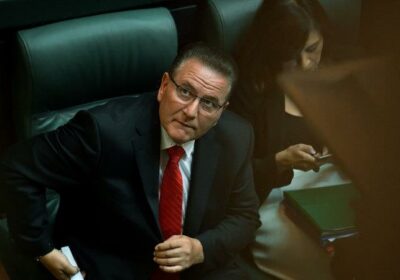 Former Andrews minister John Eren has become the fifth senior Labor MP to announce he will not be seeking re-election in Victoria’s 2022 state election in less than a week.

The member for Lara made the announcement in a statement on Friday, citing health reasons and a desire to spend more time with family as the motivation behind his departure from politics. 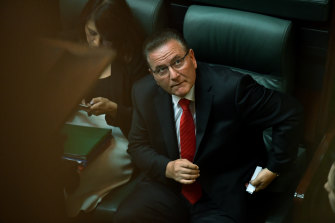 “It has been two years since I was diagnosed with Parkinson’s disease,” the statement read.

“This diagnosis along with challenges brought about by the COVID pandemic has made me place a greater focus on my health and wellbeing and that of my family and friends, to value the ability to spend quality time with them.”

His announcement came 24 hours after Richmond MP Richard Wynne announced he too would not be recontesting his seat in 2022, paving the way for an intense election campaign that could see Labor lose its grip on the seat after more than two decades.

Mr Eren’s decision to walk away from politics followed that of former attorney-general Jill Hennessy, member for Yan Yean Danielle Green and member for Ringwood Dustin Halse, who all announced on Wednesday they would be stepping aside.

The MP’s resignation was widely expected and comes as factions jostle to replace the retiring MPs as well as fill new seats.

Premier Daniel Andrews wrote on Thursday to the party’s national executive, requesting the closing date for nominations be pushed back by a week to December 10.

“With … the possibility that other sitting members of the Victorian Parliament will not seek to renominate, I am concerned that there may not be sufficient time to allow suitable nominees … to be identified,” Mr Andrews wrote.

Clancy Dobbyn, an adviser to Police Minister Lisa Neville, on Thursday night informed Labor figures he would nominate to replace Mr Wynne in the marginal seat of Richmond.

Mr Eren, who emigrated to Australia from Turkey as a child and grew up in the high-rise commission flats in North Melbourne, said his career was an example of the opportunities Australia afforded to migrants.

“English was a second language, but I learnt it quickly, and I worked hard to fit into Australian culture, being mindful of my heritage and background,” he said.

“I worked on the production line at Ford. I was elected as a union delegate at the age of 22 and represented hundreds of workers for the Vehicle Builders Union.”

“The best people in public life are those who live their values. John has been an unrelenting advocate for good, secure jobs in Geelong, as well as stable skills and training pathways for the local workforce of the future,” he said.

“I know we’ll keep seeing him live his values for years to come.”

In 2012, he was promoted to Labor’s shadow ministry and was eventually given the tourism, major events, veterans and sport ministerial portfolios in 2014.