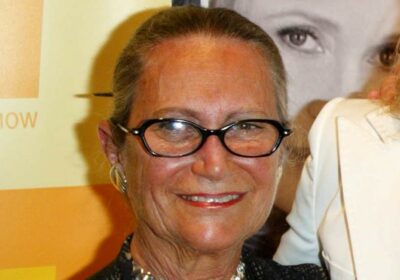 Joanne Koch, the executive director emeritus at Film at Lincoln Center who served as the organization’s leader for over 32 years, died on Aug. 16 in New York City. She was 92 years old.

Koch’s death was confirmed by Sarah Eaton, her colleague at Film at Lincoln Center.

Koch served as executive director of Film Society of Lincoln Center, as it was known at the time, from 1971 to 2003, serving as the key architect for the organization’s modern stature. She was an influential force, not only in New York film culture, but also internationally, helping to draw global cinematic talent to the city.

As executive director, Koch managed the Film Society’s programs, including the New York Film Festival, co-produced gala tributes and served on the selection committee for New Directors/New Films. She also served as the organization’s chief financial officer and was a key force in publishing Film Comment magazine after the Film Society acquired the label in 1974.

Koch first joined the Film Society in 1971 as a programmer for its Movies in the Parks series. Soon after, she was elevated to the role of administrator before taking on the title of executive director. In 1999 she was elected to the board of directors as executive vice president. She remained an influential force in the organization following her exit as executive director, serving as a project director for the New Building and Redevelopment Program, yielding the construction of the new Film Center, which opened in 2011.

Koch was born in New York City on Oct. 19, 1929. After graduating at Goddard College with a degree in political science and economics, she began to work in the film department at the Museum of Modern Art in New York. She left her title as technical director in 1967 due to nepotism rule after marrying Richard Koch, then MoMA’s director of administration.

Koch was first married to Oscar Godbout. She is survived by one daughter, three step-sons, two grandsons, four step-granddaughters and three step-grandsons.