The Chocolat writer, from Barnsley, slammed the gender-specific themes that were used by some publishing companies and said books were subconsciously perceived to be more prestigious if they have ‘male-coded packaging’.

The award-winning novelist said in contrast to their male counterparts, women’s books tend to use softer imagery and colour schemes, perpetuating the idea that they’re a minority group and that their writing is of no relevance to men.

Taking to her blog, Joanne wrote: ‘I’ve been a judge for numerous literary prizes, and I’ve seen the effect of this first-hand. 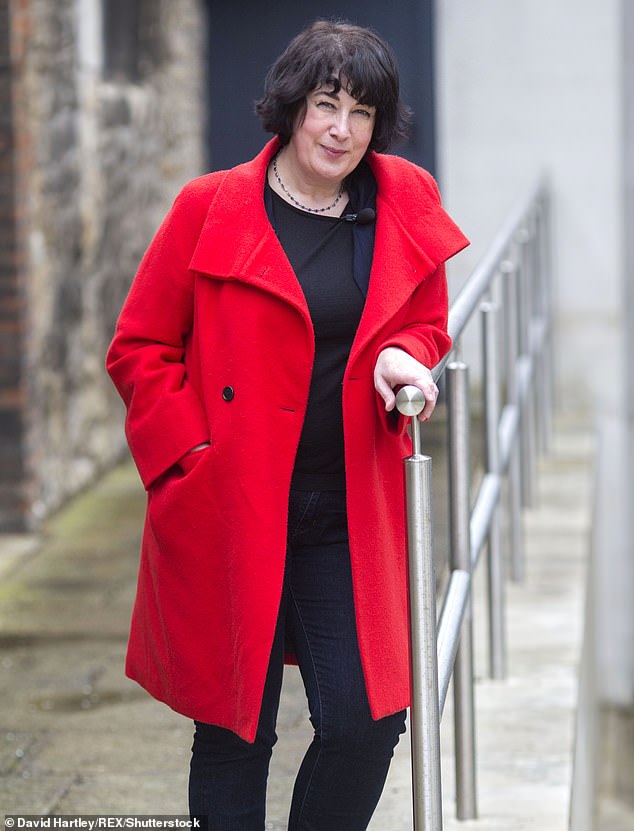 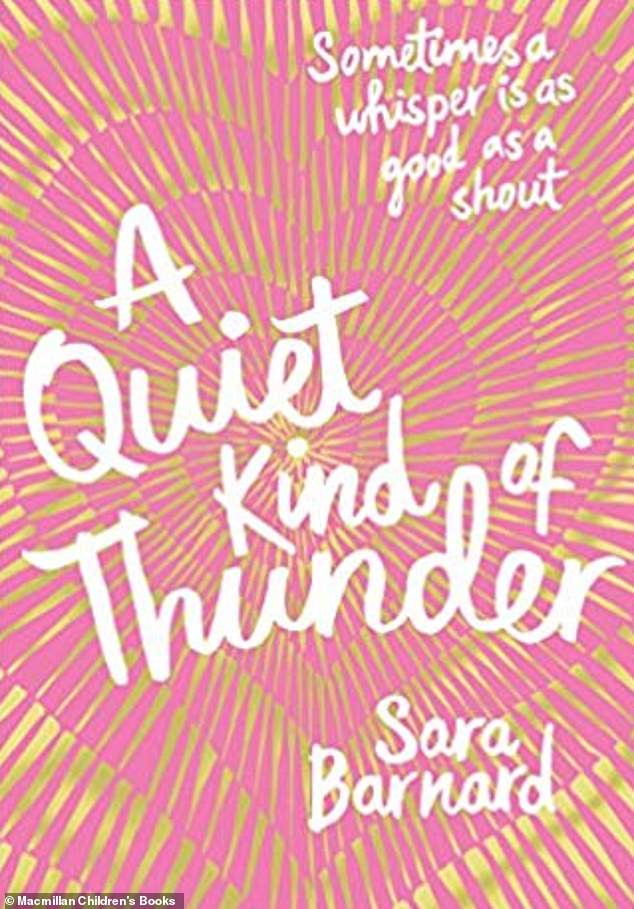 A Quiet Kind of Thunder, written by Sara Barnard and with a pink cover, tells the story of sixteen-year-old Steffi who has been a selective mute for most of her life and who feels completely invisible

‘Books are subconsciously perceived to be more literary, and therefore of more value, if they have male-coded packaging. That means neutral imagery; male figures; a “serious” font.

‘Pink novels, with titles in frivolous, cursive fonts have less of a chance of being taken seriously. Perhaps that is why men still win more big literary prizes than women, though women writers outnumber them.’

The author’s comments come as she continues to draw attention to gendered book book covers on her Twitter page.

Earlier this week, the author took to social media to look at Toni Morrison’s Beloved and the many ways in which the author’s books had been illustrated by publishers through the years.

She previously also drew attention to Jeanette Winterson’s Oranges Are Not The Only Fruit, which illustrated a child dressed in a skirt in front of an orange background and asked: ‘Can we dress the child in orange? But – then how will they know she’s a girl?’ 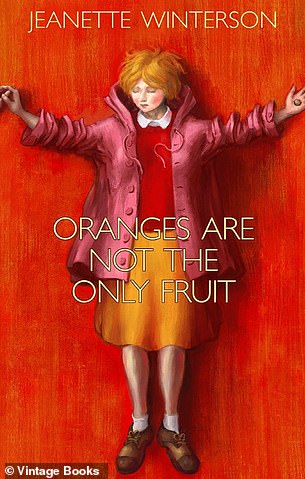 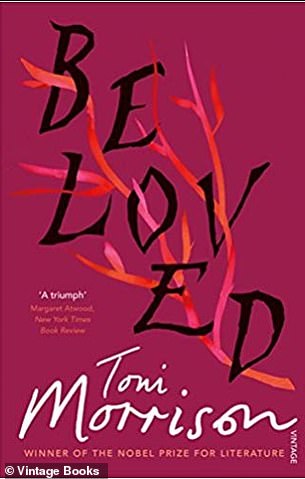 Earlier this week, Joanne took to Twitter to look at Toni Morrison’s Beloved (right) and Jeanette Winterson’s Oranges Are Not The Only Fruit (left) which use shades of pink

Sharing her thoughts on Morrison’s pink cover, Joanne said: ‘With a title like that, it’s gotta be a love story. Right?’ 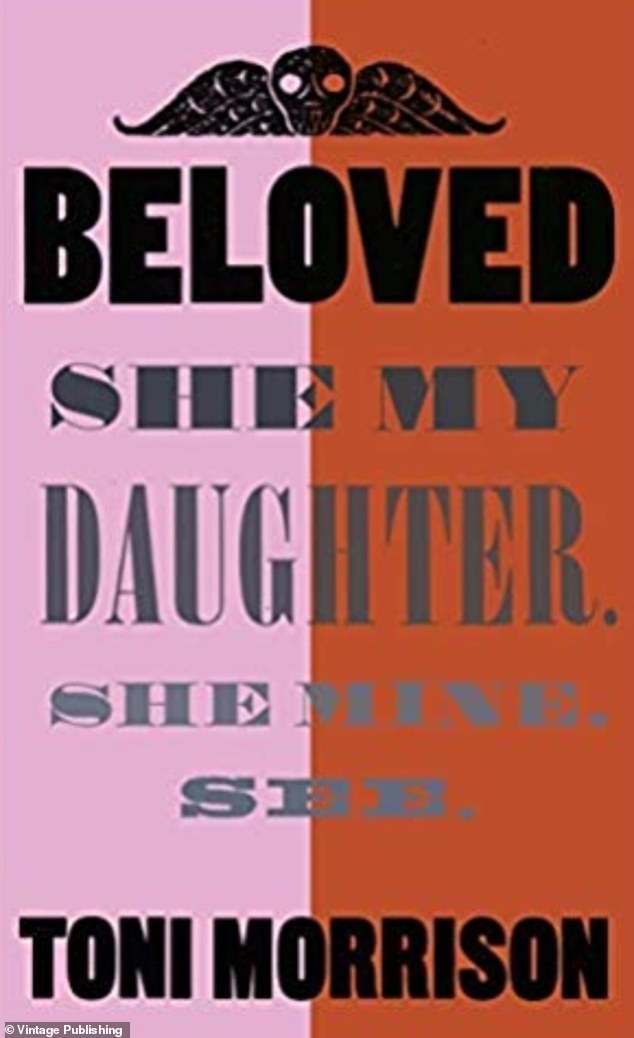 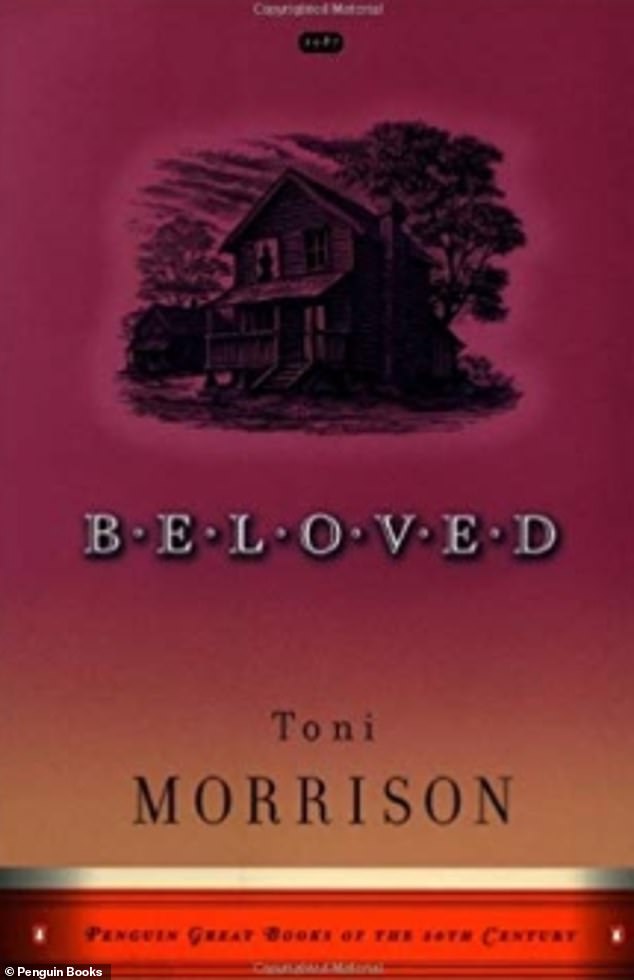 In her blog, the author went on to say that when women do win prizes it was down to the male protagonist that took centre stage in their story.

She drew attention to books such as Lionel Shriver’s We Need to Talk About Kevin and Hilary Mantel’s Wolf Hall, and claimed when a male character took the lead the designs used by illustrators reinforced the notion that men were more ‘worthy’ and ‘more relevant’ than stories about women.

She questioned: ‘Why does the patronising term “chick-lit” still exist? Why are we still allowing ourselves to be dismissed as “fluffy”, “romantic” or “domestic”, as if those things were somehow irrelevant to the broader human experience?’ 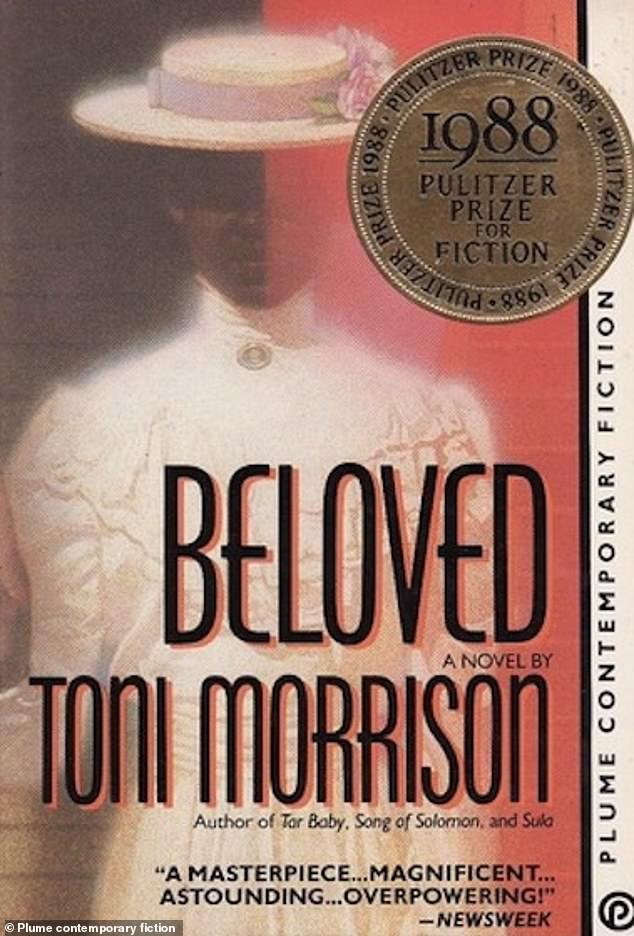 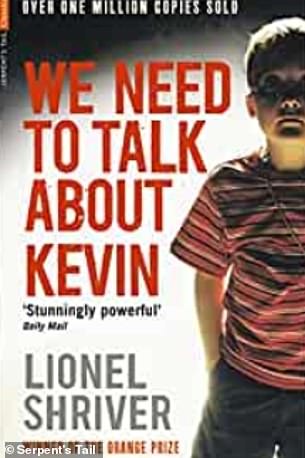 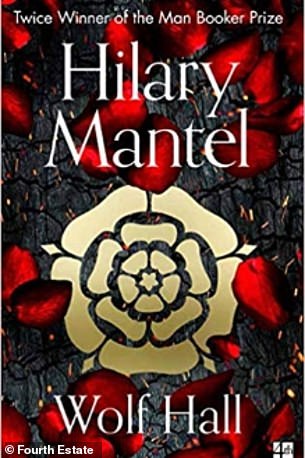 The author said when a male protagonist featured in the work of female writers, the designs used by illustrators reinforced the notion that men were more ‘more relevant’ than stories about women. Pictured: Lionel Shriver’s We Need To Talk About Kevin (left) and Hilary Mantel’s Wolf Hall (right)

‘Men fall in love. Men live in houses. Men experience feelings. Men enjoy comfort, and friendship, and food. Why then are books about these things being coded as exclusively female?’

The author’s condemnation of gendered book covers comes more than a week after she joined leading writers including Stephen Fry, crime author Val McDermid and Paula Hawkins urging the former chancellor Sajid Javid to remove the 20 per cent VAT on ebooks and audiobooks.

Alongside her writing, Joanne continues to dedicate much of her time to charity work, helping to fight sleeping sickness in the Congo and working with Plan UK to bring about a fairer society for girls across the world.

She was awarded an MBE in 2013 and has sold millions of books worldwide. Her novels are published in more than 50 countries around the world and have won several British and international awards.