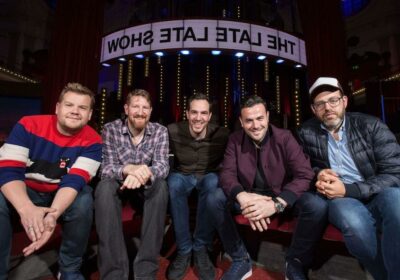 Jesse Collins Entertainment has received a minority investment from Fulwell 73, Variety has learned.

The deal expands opportunities for both companies, which will continue to produce independently, in addition to collaborating. Both companies are known for producing live event and unscripted content with high-caliber talent, and previously worked together on the Grammy Awards.

Financial terms of deal between the Jesse Collins Company and Fulwell 73 were not disclosed. Jesse Collins Entertainment continues to be a majority Black-owned company with full autonomy and creative control.

The Jesse Collins Company also has a multi-year overall agreement with ViacomCBS cable network, and a first-look development deal on Viacom’s film side, including Paramount Players.

Fulwell 73 was launched in 2005 by lifelong friends Ben Winston, Leo Pearlman, Ben Turner and Gabe Turner. James Corden joined as the fifth partner in 2017.  Fulwell 73, which has an overall deal at CBS Television Studios, is behind “The Late Late Show with James Corden,” heading into its final season this year. The company is also behind the “Friends” reunion on “HBO Max, “Adele One Night Only” for CBS, Hulu’s “The Kardashians,” the Disney+ NASA space documentary, “Among the Stars,” Amazon’s “Cinderella,” which starred Camilla Cabello, plus “Carpool Karaoke: The Series” at Apple TV and more.

“We are so delighted to be creating this alliance with Jesse Collins Entertainment,” said Fulwell 73’s founding partners, Pearlman and Winston. “Having already worked so closely with Jesse and his team on The Grammys, we have seen firsthand their creativity, originality and brilliance. This new relationship is an incredibly exciting moment for both companies.”

“Ben, Leo, Ben, Gabe and James have been nothing but supportive of JCE over the years and we are thrilled at the opportunity to have some Fulwell 73 fuel to grow the scripted, unscripted and specials divisions of our JCE machine,” Collins commented with Dionne Harmon, the founder, CEO and executive vice president of content and strategy at the Jesse Collins Company.