Great minds! Jennifer Aniston and Harry Styles are both super stylish stars — and as it turns out, their fashion sense is pretty freaking similar. 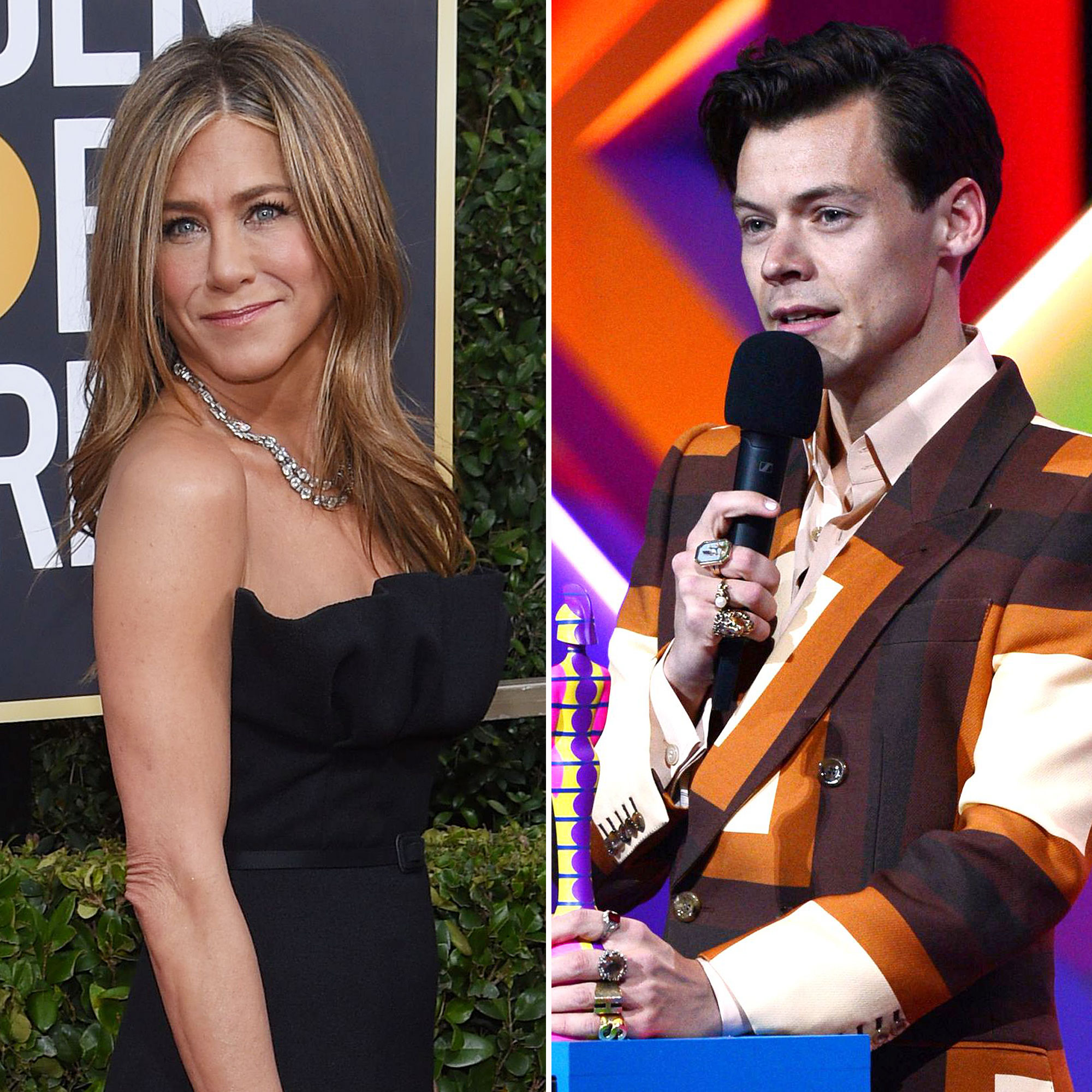 Case in point? The 52-year-old actress wore the exact same Gucci suit for InStyle’s September cover story that the 27-year-old singer rocked at the 2021 Brit Awards in May.

Their love for the look is understandable because with chic geometric patterns, a flare pant and perfectly padded shoulders, the suit is a high fashion statement.

To be fair, The Morning Show star didn’t copy the “Watermelon Sugar” singer completely — she put her own twist on the look thanks to some fabulous accessories.

While Styles paired his suit with Gucci rings and a camel leather purse, Aniston added Gucci loafers, a St. John top, a Carolina Bucci scarf and jewels from Suit Sium and David Webb.

This ultimate edition of “Who Wore It Best” obviously drove the social media world into a tizzy, as this is the second time the two have donned matching attire.

“Harry Styles and Jennifer Aniston wore the same outfit not once but TWICE. So don’t you DARE tell me they’re not the same person with the ability to morph between time and space,” Evan Ross Katz captioned an Instagram post.

Aniston even got in on the action, resharing the side-by-side image of her and the One Direction alum via Instagram Stories. She captioned the photo, “Just call me Harriet Styles.” Hey, if you ask Us, it has a nice ring to it!

The two previously twinned in “Save the Drama for Your Mama” t-shirts. The Friends star first wore the white tee on season 10 of the sitcom, while The Policeman star was spotted wearing the identical top in October 2020.

“Jennifer inspired Harry and now Harry inspired Jennifer I love it here,” a fan wrote on Twitter, sharing images of the two matchy-matchy moments. “Harry Styles and Jennifer Aniston matching is so cute to me,” another person said.

Other fans brought up that this moment must be amazing for Styles, as he’s previously opened up about his love for the actress. “The fact that Harry’s first celebrity crush was Jennifer Aniston and now she’s posted him on her insta story … I just know he’s so happy rn,” a fan wrote.

Styles previously told Ellen DeGeneres on The Ellen Degeneres Show that the We’re the Millers actress was his “first celebrity crush.”