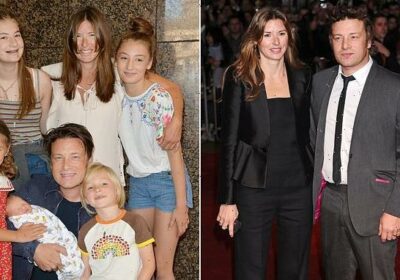 As Jamie Oliver’s wife dismisses school tests as ‘pointless’… ANNA MAY MANGAN says ‘Not all of us are rich enough to sneer at exam results, Jools’

Personally, I’ve never been one of those mums who feels the need to be modest about her children’s achievements.

I am insanely proud of my four — all in their 30s — and their remarkable success. My son is a mathematician working for a top City consultancy. One of my three daughters is a hedge-fund l­awyer, another a surgeon and the third a neonatal p­aediatrician. They are kind, funny and bright, and living independently in their own homes.

I know that Jools Oliver, wife of multi-millionaire-chef Jamie, is also enormously proud of her own five c­hildren, Poppy, 20, Daisy, 19, Petal, 13, Buddy, 11, and River, five. But that is where the similarities between us end.

I have thrown myself into helping my children attain excellent results in education throughout their lives, believing it is the key to a happy and fulfilled later life. 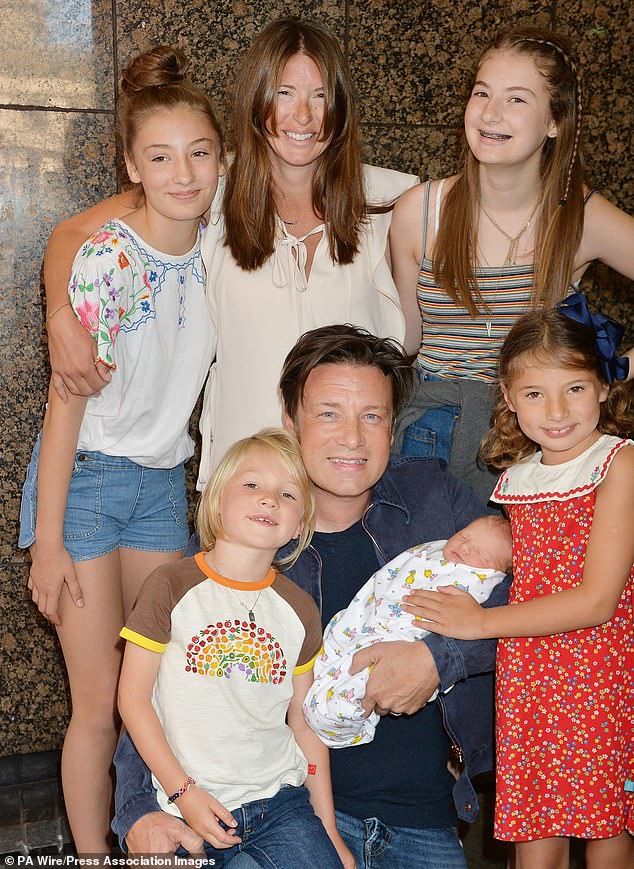 Jamie and Jools Oliver with their five children. Jools said on a podcast that she believes ‘education is wrong’

Years ago, I earned myself the title of the UK’s Pushiest Mother by admitting in a newspaper that I researched the inside track information for their university applications, and organised kitchen table training sessions for their interviews. It’s a title I accept with pride.

Jools, on the other hand, p­ronounced this week on a podcast that she believes ‘education is so wrong’. She added that, ‘I don’t get school myself’ and, ‘I don’t understand the subjects they teach still.’

Jools’s riches, her fame and her £6million mansion don’t mean she cannot express her opinions on education, or anything else. I fiercely defend her right to do so. But I am bitterly disappointed that her comments are so tone deaf and, worse, demotivating to the five million children about to start exam season.

Jools Oliver can pooh-pooh education and call exams ‘pointless’ because she can afford to. Her children, unlike around 93 per cent of children in this country, have not attended state schools.

They will always have an escape route from the c­onventional way of doing things. They will never be short of contacts to ­provide jobs. Lucky them.

But not everyone has this luxury. My Irish immigrant parents left school aged 12 and came to this country in the 1950s. Semi-literate, they knew nothing about the school system. I had to read my school reports aloud to them. What an opportunity to exaggerate that was. 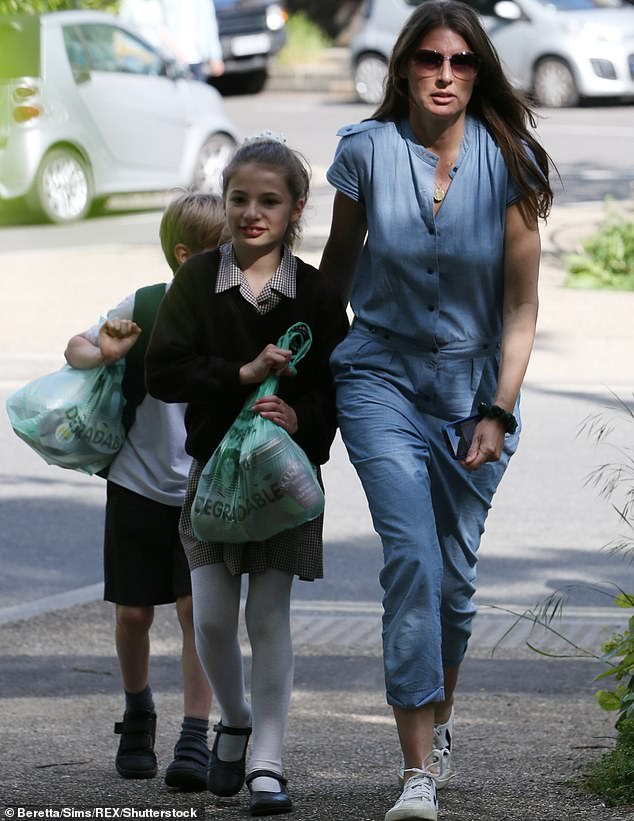 Jools pictured with her children. Anna May Mangan says she is ‘disappointed that her comments are so tone deaf and, worse, demotivating to the five million children about to start exam season’

Without shame, I claimed to be best at science, English, history, maths, netball, country dancing, domestic science… I’m blushing now at the memory.

My brother, sister and I sat the 11+ test and we all passed. This meant we went to grammar schools further away than the local secondary modern. My mum was always convinced that because we had to travel farther to school, we had failed the test.

Schooling or exams never featured in my parents’ lives. They worked so hard — she as a waitress and he as a labourer, bus conductor and milkman — but because they were unskilled and uneducated, they couldn’t work their way out of poverty on subsistence wages.

My mother never wanted us to leave home. When we set off for university, she pleaded with us to come back and get a job, any job, locally so we could come for lunch and be with her. She didn’t understand the value of education.

That said, when my brother graduated as a teacher, the first ever in our family to get a degree, she was impossibly proud. The whole family went to Wimpy to celebrate.

I got an average degree from an average London ­polytechnic. One that gave me an insight into a different, educated world. It was the first time I had seen people who were confident, and with choices, up close.

That’s what I wanted for my children, for them to have choices, and that started with public exams.

Their dad, Joe, agrees. He has been a lecturer and teacher for more than 40 years and told our children: ‘The life you want is out there for you, but no one is sending a car. You have to earn it and get there yourself. It starts with doing well in exams.’

Whether your ambition is to be a hairdresser or a scientist, exams are an important way to prove yourself and be measured against others. They prove you have a work ethic, too.

On their own, exam grades won’t make you happy, successful or rich — but they’re a good start.

My children needed GCSE and A-Level grades to move forward with their lives. They weren’t an optional extra.

My son was rejected from his first choice university, despite all his hard work. He was gutted, but learnt to always ‘love Plan B’ and that hard work is never wasted. Failure can be a good teacher.

Parents’ attitudes make a difference to children’s chances, too. A good start is respecting what their child and the school are trying to achieve. Supporting them is not all about splashing cash — giving them your time and a listening ear is free.

Oxbridge, medical school and law school were all on my children’s wish lists. Time and again research showed me there was a class ceiling for state-school children, even those who had the necessary grades from exams. Work experience, sport and competition wins also come into play in securing those coveted places. 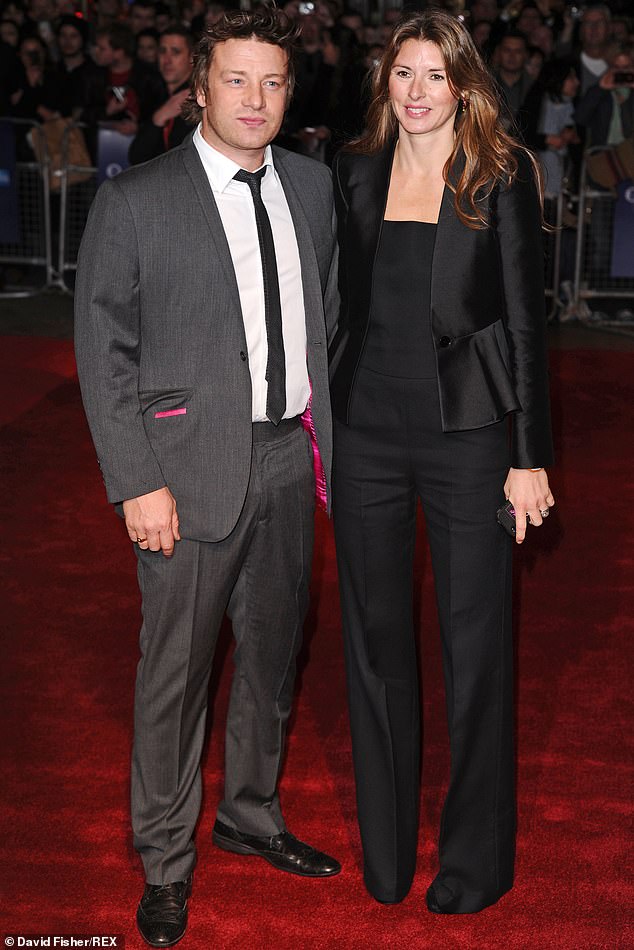 On the same ­podcast, Jools mentioned that she and Jamie (pictured) had d­iscussed opening their own ‘dream school’, but dismissed the idea

In some medical schools there can be 18 applicants for each slot. So I agree with Jools Oliver that exam season brings pressures. But there isn’t much in adult life that isn’t stressful. Children need to learn coping strategies.

On the same ­podcast, Jools mentioned that she and Jamie had d­iscussed opening their own ‘dream school’, but dismissed the idea.

What would have happened in this ethereal ­establishment, I wonder? Certainly, a ‘no thank you’ to traditional teaching methods and exams. And with what would its pupils emerge into the real world? Perhaps a dreamcatcher with a note attached confirming that no horribleworrible exams were taken?

Now imagine if that policy was extended to the almost five million children who take GCSEs each year. There would be chaos. And they wouldn’t find jobs easily.

Would Jools want a doctor without qualifications to treat her, or an architect without accreditation to build a wing on her mansion?

If my children had attended Jools’s Dream School, I can’t imagine where they would be now. But my worst nightmare for them was always that, as adults, they would be reduced to living at home, all of us bickering over the TV and the bathroom. Education equals independence.

I guess if you have ten bathrooms and 70 acres, like the Olivers do, that’s not so much of an issue.