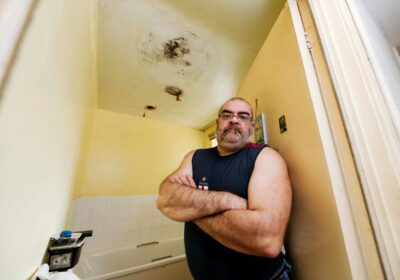 A TENANT says he has been living in a mouldy flat due to a leak that has gone on for three years – and claims the housing association hasn’t done anything.

Visually impaired Gareth Overton, 54, has lived in his Wrekin Housing Trust home in Donnington, Shropshire, for more than 30 years but its condition now is driving him “crazy”.

Mr Overton says that following a bad storm three years ago, he has been battling with a leak that is filling his home with mould.

He told the Shropshire Star: “It’s driving me crazy. It’s been going on far too long and it’s really getting me down.

“I’ve had months and months of mould and damp and dripping. I’m visually impaired and I’m feeling really down and depressed, I’m stressed out by this every day of the week.”

After the storm, Mr Overton’s bathroom ceiling started leaking and he said initially it was small and almost manageable, but four months ago the situation got significantly worse. 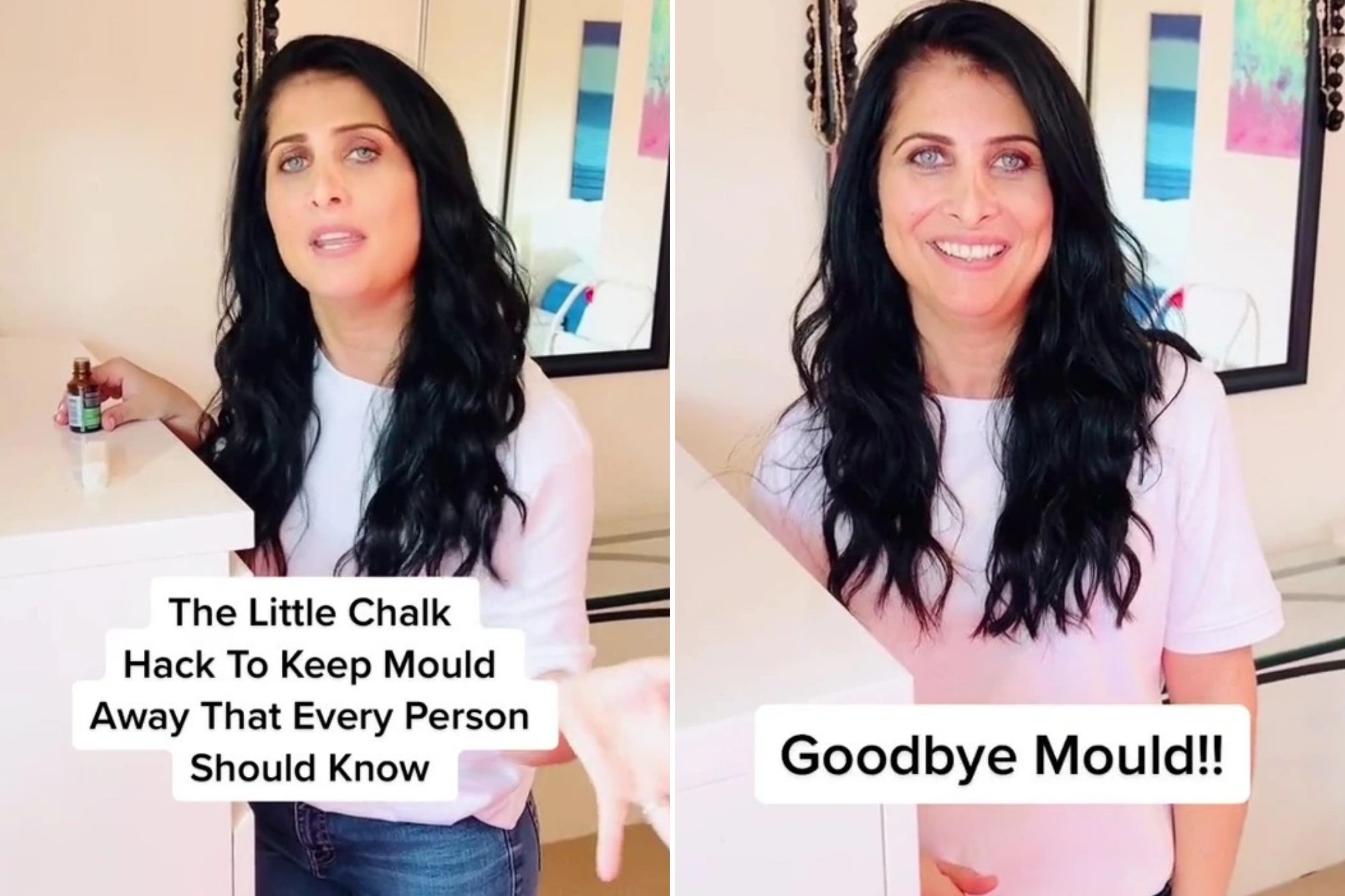 He said: “There was only one leak at first, and then all of a sudden there were multiple. It was the worst night of my life.

“One bucket wasn’t cutting it, it leaked everywhere, all over my floor and through to the neighbour below.

“I’ve been putting more buckets down but because of my vision, I keep tripping over them.”

He claimed that The Wrekin Housing Trust, who manage the property, has failed to properly repair the roof.

Match ABANDONED after player crashes head-first into advertising board

Mr Overton said: “The roof hasn’t been right for over three years, all Wrekin Housing Trust are doing is patching it up and it’s not working.

“They’ve sent someone round to clean up the mould, and they’ve told me they’ll send someone to redecorate – but what’s the point in that?

Emma Humphries, head of operational services at The Wrekin Housing Group said: “We are sorry about the issue that Mr Overton has experienced in his property, which has become worse following recent heavy rain.

WHAT RIGHTS DO TENANTS HAVE?

People living in mouldy homes could be entitled to hundreds of pounds in compensation.

It’s estimated that a staggering 1.9million rented households are living with hazards that pose a serious risk to tenants’ health and safety.

Research by the charity Shelter found that 26 per cent of all renters are affected by damp and mould.

The Homes (Fitness for Human Habitation) Act came into force in March 2020 and means landlords must make sure their properties meet certain standards.

It means renters in England and Wales can now take their landlords to court over problems including cold and damp homes.

The rules apply to new tenancies under seven years; new secure, assured and introductory tenancies; and to tenancies renewed for a fixed term.

The rules mean landlords must carry out repairs or rectify problems, and if not renters will have the right to take them to court.

A court can grant an injunction forcing the landlord to carry out work or even award compensation to the tenant.

How much compensation you get for housing disrepair depends on your circumstances and how bad the problem is.

It is usually calculated as a percentage of the rent you paid while living in the conditions.

A completely uninhabitable property could get 100 per cent of rent as compensation, but this is incredibly rare.

More typically, compensation would be between 25 per cent and 50 per cent of your rent, according to legal experts.

Still, tenants will have to shell out for the court fees unless they’re entitled to free legal aid.

You’ll only get some of your costs back if you win your case.

But mould remains a huge problem for many residents.

Shelter found that 26 per cent of social rents had "significant mould, condensation or damp problems", equivalent to 3.8million UK adults.

“We have carried out extensive work to try and remedy the issue, however to address this fully, a full roof replacement is required.

“Our specialist contractors have been instructed to carry out this work as a matter of urgency starting next week.

“Our repairs team are also carrying out further temporary work to make the property watertight until the full roof replacement can take place.

“We always try and respond to all repair requests on the same day they are reported, but there are occasions when the problem needs more work, more investigation, or an external contractor to resolve it as has been the case with this matter.

“We do accept though, we have visited Mr Overton’s property more than we would normally hope to.

Jobs with the WORST bosses revealed – is yours on the list?

“We believe in providing good quality, affordable housing for all our customers and the maintenance of these homes is very important to us and to our customers.

“We maintain high levels of investment to fix issues, make improvements and to make them more energy efficient, all helping to tackle issues like this.”