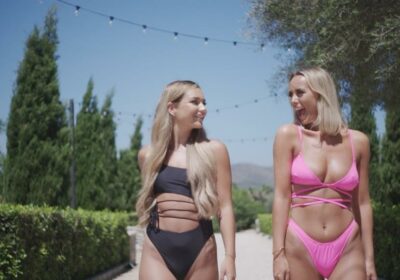 A “renaissance” in TV advertising has led ITV to be bullish about future prospects, as the UK broadcaster unveils a four-point ad plan.

ITV revealed this morning that revenues increased by 28% in the first nine months of this year and next year’s programme budget will increase to £1.16BN ($1.56BN), which includes spend on December’s football World Cup in Qatar.

Speaking on an investor call this afternoon following the results, ITV CEO Carolyn McCall said: “It is clear the economic rebound has provided a strong tailwind but what we’re witnessing is far greater. This provides a strong platform for a renaissance in TV advertising.”

ITV then brought out a wealth of commercial execs to talk investors in detail through its advertising plan, entitled the ‘four Rs’: ‘Rediscovery’, ‘Reevaluation’, ‘Revitalised customer base’ and a ‘reinvention of TV advertising,’ as it looks to the future of advertising and is bullish about prospects.

“We’re in the foothills of new commercial models,” said Kelly Williams, Managing Director, Commercial, as he stressed the opportunity on platforms such as TikTok and Twitter and ITV’s new ability to “place content in the metaverse to get it in front of younger viewers.”

McCall summarised: “No other platform can deliver scale in such a brand-safe way and this continues to be our critical differentiator. We are in a position to offer advertisers so much more and having fantastic content is key.”

The CEO also talked up ITV’s digital transformation, stating that the network has been “relentlessly focused” on delivering these priorities “despite the global backdrop and in the face of a pandemic” under the ‘More than TV’ banner.

All ITV staff hired since 2019 have had digital experience, she added.

Steve McQueen Sets Next Film ‘Blitz’ At New Regency, Where He Made ‘12 Years A Slave’

Host Addresses Pending NBC News Exit: “There Are Many Things I Want To Do”