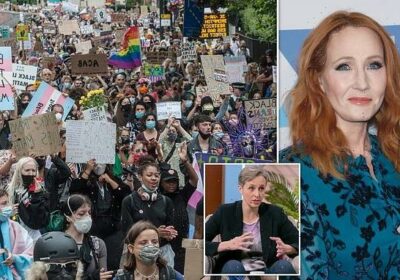 MICK HUME: It’s a sorry moment when we need legal ‘protection’ to express heartfelt views that are shared by the vast majority

Still doubt that freedom of speech is under threat in Britain? Take a look at the latest plans from the Law Commission, which proposes a sweeping and horribly misguided extension of Britain’s already-sprawling ‘hate crime’ laws.

The judges and academics advising the Government on legal reform want to extend the definition of hate crime in the Public Order Act 1986 to include people who ‘stir up hostility’ against ‘transgender and gender-diverse’ people. Tougher criminal sentences would follow.

Of course, trans people have every right to live their lives in peace and with understanding. Cruelty, abuse and violence have no place in a civilised society.

But, recently, the pro-trans lobby — many not themselves transgender — have been viciously accusing prominent feminists of being ‘hostile’ towards them, simply for insisting that there are two biological sexes and that only women have wombs.

For example, millionaire author JK Rowling has effectively been banned from the anniversary celebrations of her literary creation, Harry Potter, while in October, Professor Kathleen Stock was driven out of her post at Sussex University. 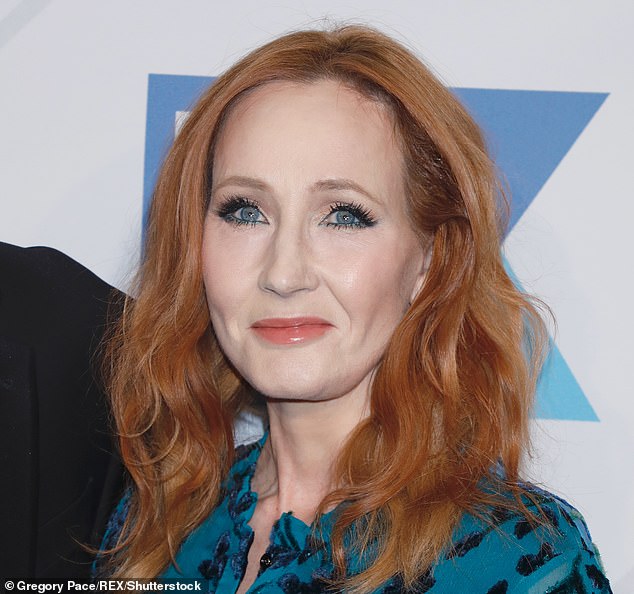 Millionaire author JK Rowling (pictured in 2019, file photo) has effectively been banned from the anniversary celebrations of her literary creation, Harry Potter

Both these women have received multiple rape and death threats: no small degree of ‘hostility’.

The Law Commission’s proposals would create a two-tier society. While transgender people, as well as those with disabilities, would gain extra protections, sex and gender would not become ‘protected characteristics’ under the act.

That means, if the proposals are followed, offences against transgender people could attract longer jail terms than those aimed at biological women.

And this violates an essential principle of natural justice, which is that everyone is equal under the law.

Yes, the Law Commission proposes additional ‘protection’ for the ‘gender-critical’ — some might call them common-sense — views expressed by the likes of Rowling and Stock.

But it is a miserable moment when women need ‘protection’ from the Government to express heartfelt, legitimate views shared by the vast majority of the population.

The whole sorry debate smacks of legal ‘mission creep’. As Harry Miller of the free-speech pressure group Fair Cop said yesterday: ‘The law is moving from protecting the individual towards protecting and regulating ideologies.’

What’s more, the Government has reportedly accepted another Law Commission proposal: one that would empower courts to jail internet ‘trolls’ for words that might cause ‘psychological or emotional harm’.

No one has much love for online trolls.

But this law sounds like a blank cheque for state censorship — and, however well-intentioned, a crime against free speech.

After all, if someone tells you your words have caused them ‘psychological or emotional harm’, how can you dispute or defend yourself against it?

Last year, disgracefully, the Law Commission even wanted to make private speech in the home a potential hate crime.

Do they think they now deserve a round of applause for rowing back on that outrageous and wholly un-British idea? 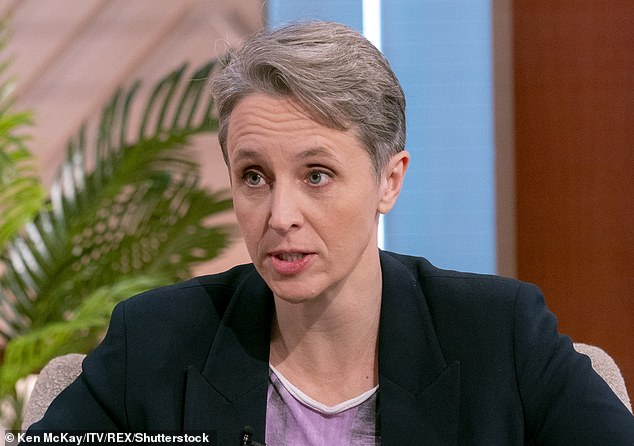 In October, Professor Kathleen Stock (pictured) was driven out of her post at Sussex University

The mere fact that there was ever a serious proposal to criminalise what people might or might not say to one another in their own homes shows how worryingly comfortable the authorities have now become with clamping down on once-cherished liberties.

A consequence of all this is that many people are now unsure what they are and are not allowed to say, and so increasingly keep their opinions to themselves.

We are living in an age of corrosive self-censorship caused by fear of the consequences of exercising freedom of speech.

Wantonly causing offence is rarely something to celebrate — but nobody has the right never to be offended. And it is often only by testing ideas, often controversial ones, that the truth can be found.

Someone needs to point this out to the puerile and illiberal students of Durham University. Last week, the journalist Rod Liddle was invited to speak there. After he made some typically acerbic but entertaining remarks, some students walked out in a huff.

The College principal, Professor Tim Luckhurst, reminded these youngsters that ‘we value free speech’ and — rather provocatively — called those who walked out ‘pathetic’.

What should have simply been a lively but parochial evening somehow became a national scandal.

More than 1,000 students pompously signed an ‘open letter’ to the university authorities, declaring that they felt ‘distressed’ and ‘emotional’ after Liddle’s ‘sexist, racist, transphobic and classist’ speech: behaviour that might be seen entirely to endorse Professor Luckhurst’s incendiary adjective.

Yet despite apologising for calling them ‘pathetic’, and admitting in a spirit of fairness that students had ‘as much right to absent themselves from the speech as my guest had to make it’, Professor Luckhurst has now been barred from his duties and silenced, while the university has launched an investigation into him.

Culture war? More like an unconditional surrender by those entrusted with defending the values on which our civilisation rests. 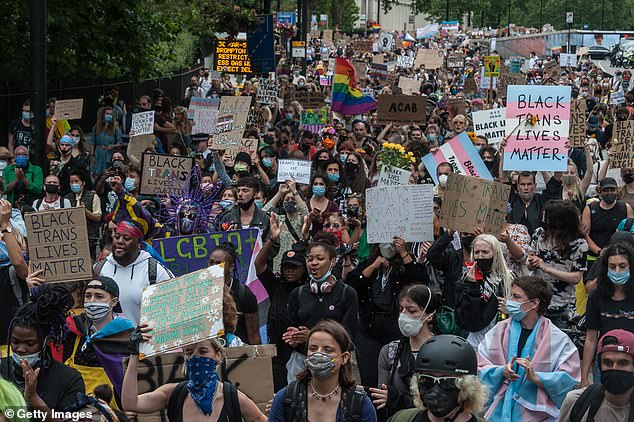 Pictured: A march in support of the Black LGBTQ+ community on June 27, 2020 in London, England. The Black Trans Lives Matter march was held to support and celebrate the Black transgender community

Free speech has always been under attack — but the threats change with time. During the 20th century, totalitarian states sought to crush free expression. Today we are faced with demands for censorship from the grassroots upwards.

A generation or two ago, it was youthful and idealistic Left-wing activists who fought those in authority for the right to think, say and very often do what they wanted.

Now the young culture warriors of identity politics, crazed with their power to cancel people, demand less freedom, more bans on ‘hate speech’, and the right to ‘no platform’ those who disagree with them. The woke are at war with free speech.

These radical neo-puritans should be entitled to express their opinions, of course: free speech includes the right to argue against it.

The problem, as Rod Liddle and Kathleen Stock’s cases show, is that those in authority are giving in to a handful of activists and spinelessly submitting to their demands.

It’s time to raise a banner for free speech — and to rally the many around it. In doing so, we need to remember that free speech must be free for everyone: not just those we happen to agree with.

We need to distinguish between offensive opinions and rare acts of incitement to violence. After all, only speech liable to ‘offend’ will ever need defending in the first place.

Most of all, we need to recognise that defending free speech is never the easy option. That is to keep quiet and allow others to be censored. But however difficult it might be, there is always one thing worse than tolerating and, where necessary, fighting for free speech — which is living in an unfree society.

Now let us stop our march down that dangerous road.