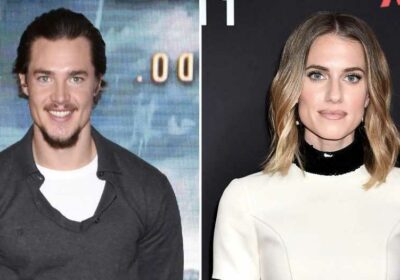 Their new bundle of joy! Allison Williams and Alexander Dreymon have welcomed a baby boy after quietly dating for more than two years, Us Weekly can confirm.

Williams, 34, gave birth to a son named Arlo late last year. Amid the news, the couple were recently spotted with their little one during a trip to a private resort in the Bahamas.

The Get Out actress met Dreymon, 39, while they were filming Horizon Line in 2020. The low-key romance developed after Williams confirmed her split from ex-husband Ricky Van Veen following nearly four years of marriage.

“With mutual love and respect, we have made the decision to separate as a couple,” the former pair said in a joint statement in June 2019. “We are grateful for the friendship that we have and will continue to have.”

Celebrity Splits of 2022: Stars Who Broke Up This Year

The Girls star and the CollegeHumor cofounder, 41, sparked romance rumors in 2011 after they first met at a Bachelor viewing party. The duo got engaged in February 2015 after three years of dating. Later that year, Williams and Van Veen tied the knot with a star-studded wedding ceremony at a ranch in Saratoga, Wyoming.

Ahead of their nuptials, Williams got candid about her desire to have children. “I’ve known I wanted to be a mom ever since I was a baby,” she told Glamour magazine in January 2015. “Everyone says you can’t plan for it. You’re never ready. I have a lot of questions: How do I get to a place in my career where I can go be a mom for a little while and then come back and be a mom and an actress at the same time?”

Celebrity Couples and How They First Met

Williams later gushed about the transition from being engaged to getting married, sharing on the Today show in March 2016, “It’s good, it feels very much the same. Married life is awesome.”

Following their divorce, Van Veen moved on with Caroline Kassie. The twosome exchanged vows in July 2021 after two years of dating.