Home » Lifestyle » Is Meghan Markle the Most Righteous Member of the Royal Family?

Is Meghan Markle the Most Righteous Member of the Royal Family? We all know that Meghan Markle is beautiful and makes her husband, Prince Harry, extremely happy. She just about always has a genuine smile on her face, and she looks like someone who we would absolutely love to be friends with.

In the real world, there are some high-profile people who are known to be very hard to get along with. They let fame and popularity go to their heads, and there have been reports of some well-known celebrities not treating fans as nicely as they should.

However, it seems that Meghan Markle is different. We have seen photographs of the Duchess of Sussex interacting with fans during walkabouts and appearing to be extremely friendly. She also has a large circle of friends, so obviously, she is well-liked.

We know that Meghan has a strong personality and even stronger beliefs. So, is Meghan the most righteous member of the royal family?

She stands up for what she believes in 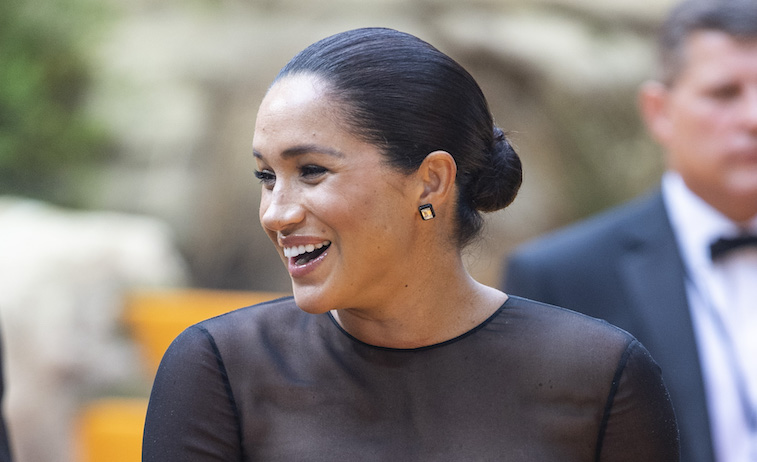 Judging by how she stands up for her beliefs, it would appear that Meghan is a truly genuine person. We all know that she is definitely a feminist, and has been for years.

In fact, most, if not all, royal fans are familiar with the story of how when Meghan was a young girl, she saw a commercial for dishwashing detergent and was offended at how the advertisement was directed at “women,” implying that housework was not a job for men.

According to Quartzy, her father, Thomas Markle, encouraged his daughter to write a letter to the company explaining her feelings, and that is just what she did. As a result, the commercial was changed to aim the job of washing dishes at people everywhere, instead of just women.

The Duchess of Sussex is definitely someone who cares greatly about other people. This is evident from the extensive charity work that she has done. For a year, she was a Global Ambassador for the international children’s, charity, World Vision.

According to the charity’s website, Meghan spent time in Rwanda, where she stressed the importance of clean water, as well as visited with young children at a local school. What a wonderful thing for Meghan to do.

She goes out of her way to support her friends

If there is one person who definitely believes in the endeavors of her friends, it is Meghan. She does what she can to support them, and it makes us love her even more.

So, how does the duchess do this? With small gestures that don’t go unnoticed by perceptive fans. Misha Nonoo is a fashion designer who happens to be one of Meghan’s closest friends, and Meghan has been seen more than once in her designs.

According to Harper’s Bazaar, Meghan also supported her friend, tennis player Serena Williams, by wearing a blazer from her clothing line, and it ultimately sold out as a result. In addition, she supported her pal Abigail Spencer by donning a casual baseball cap with the name of her television series.

Meghan helped out a former schoolmate

Bullying is a serious issue, and most people do not take it lightly. Meghan, in particular, proved at a young age that she does not tolerate people treating others badly by standing up for a classmate who was being bullied by other students.

Express News reports that author Elizabeth McCoy, who attended school with the duchess, was being teased by others due to being “odd.”

Although Meghan is unforgettable for a number of reasons, Elizabeth says that the reason she will never forget her is that she stuck up for her when she was being bullied, offered her friendship, and “looked out for others.”

According to Meghan’s former classmate, the future duchess definitely helped her during difficult times. So, is Meghan the most righteous member of the royal family? We would say so!