Instagram influencer who posed nude with endangered elephant responds to critics: 'I love and respect animals' 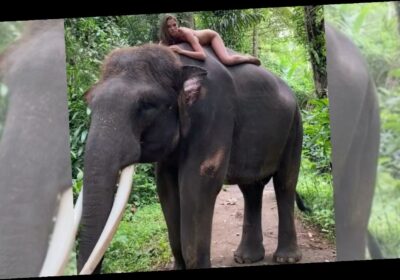 Watch as an elephant slaps a girl in the face as she tries to take a photo.

An Instagram influencer with over 500,000 followers has responded to criticism of her recent photo shoot, which pictures her lying naked atop an endangered Sumatran elephant in Bali.

Alesya Kafelnikova, 22, originally shared a video from the shoot to Instagram on Feb. 13, according to The Sun. A few days later, she uploaded another photo of herself with the elephant, along with a caption reading, “to love nature is human nature.” 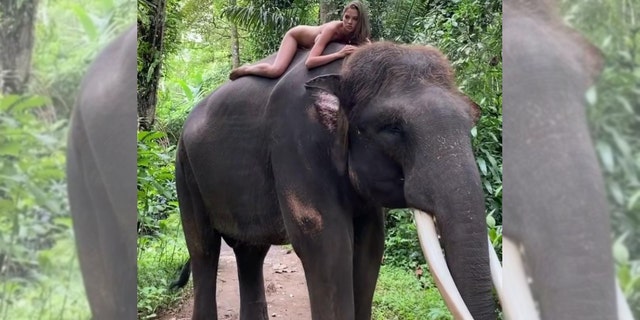 But among the many fans who liked Kafelnikova’s photo, a number of critics took issue with the influencer staging her shoot with a critically endangered animal that was likely transported to Bali for tourism purposes — including an advocacy group campaigning to save Asian elephants.

“Yet another tragic trivialization of the majestic Asian elephant when the species is fighting for its very existence against brutal abuse in tourism and human ‘entertainment,’” wrote Save the Asian Elephants (STAE) in a statement shared with The Sun. On Twitter, the group further decried Kagelnikova’s shoot as a “crude stunt to exploit and humiliate Asian elephants for commercial gain.”

Bali’s Tourism Agency also chimed in, telling The Sun that Kafelnikova’s video “surely does not meet the norms that we are promoting as part of tourism in Bali.”

A representative for the Bali Tourism Board was not immediately available to comment on the controversy for Fox News.

Kafelnikova, however, has since defended her photo in a later Instagram post, claiming that she performs charity work and donates money to support both the elephant and the people of the village where it lives. The influencer, also the daughter of Grand Slam-winning tennis champ Yevgeny Kafelnikov, added that she never meant to offend, and offered her apologies.

“It is a pity that people see this as vulgarity, and not as a beauty and love for nature,” she wrote. “I love animals, I love elephants! And I love Bali so so much! I hope each of you will awaken an aesthetic love for my post and the beauty.

“It was a private photo shoot, I didn’t have a purpose to hurt the feelings of local people at all. We love Balinese culture and respect Indonesian rules. Please sorry if you see something else in this. My intention with these pictures was to show you that I love and respect animals and especially elephants more than anything.”