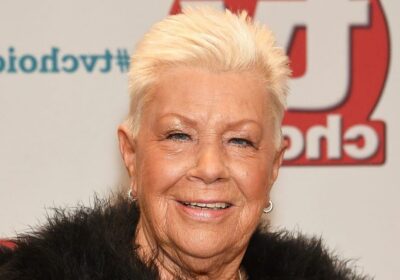 EastEnders actress Laila Morse has amassed an impressive net worth thanks to her successful acting career.

The star, 76, is best known for her portrayal of 'Big' Mo Harris in the hit BBC One soap, but recently we got to know Laila better when she starred in Strictly The Real Full Monty.

The ITV show, which is now in its fifth series, sees a host of famous faces strip off in order to raise awareness of cancer, while performing a dance choreographed by Ashley Banjo.

Laila was one of the stars who had previously been diagnosed with cancer, and she spoke openly about her breast cancer battle back in 2001.

As Laila makes a welcome return to our screens, here we take a look at her life away from cameras including her impressive net worth…

Inside Laila's net worth

Laila made her professional acting debut at the age of 51, when she starred in the 1997 film Nil by Mouth.

The film was directed and written by her brother, Oscar-winning actor Gary Oldham. Laila's role in the film saw her win the award of 'Most Promising Newcomer in any Category' at the British Independent Film Awards.

She then made her TV debut shortly, when she was cast in two episodes of The Bill, followed by a regular role in BBC sitcom Honky Sausages.

Laila then went on to star in TV show Great Expectations, before being cast in the film Love, Honour and Obey in 2000.

During the same year, the actress made her first ever appearance as iconic character 'Big' Mo Harris in BBC soap EastEnders.

She became a regular on the show, appearing on a recurring basis from July 2012 up until January 2016, when she announced she would be temporarily leaving the hit soap.

Laila reprised her role in December 2017, and remained a permanent fixture up until earlier in 2021, when it was revealed that she would be leaving the soap due to her contract ending.

Alongside her soap stint, Laila has also starred in the film Big Fat Gypsy Gangster, and in 2012 she made her pantomime debut.

Thanks to all of these successful endeavours in the acting world, Laila is believed to be worth around £2.2million.

The star's huge net worth has also expanded thanks to her numerous reality TV ventures over the years and the release of her autobiography, titled Just A Mo.

In 2012, she took part in ITV ice-skating show, Dancing On Ice, and the following year she entered the Australian jungle as part of the I'm A Celebrity…Get Me Out Of Here! line-up.

The actress most recently starred in American superhero film Hellboy, where she played the gatekeeper, an east London chip shop worker who protects a secret base.

Laila left EastEnders behind earlier this year, with her character Mo deciding to go on a luxurious cruise until further notice.

It has since been revealed that Laila's contract with the soap had come to an end, prompting bosses to write her character out of the show for the time being.

Strictly The Real Full Monty is available to stream on ITV Hub.

For all the latest celebrity gossip, sign up to our daily newsletter here.