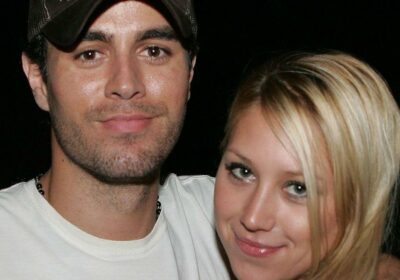 Enrique Iglesias and Anna Kournikova have a notoriously private relationship.

The singer, 47, met former professional tennis player Anna, 40, in 2001 when she starred in his music video for Escape.

Speaking to MTV at the time, Enrique said: “I’ve never met her before, but I’m a big fan. I’m sure a lot of guys want to meet her. I’m one of them.”

He added: “She’s beautiful, talented, a great tennis player, you know, and I’m sure she’s going to be great in the video.”

Shortly after the couple became an item and made their debut on the red carpet at the MTV Video Music Awards in New York City in August 2002. Five years later Enrique said that he and Anna had secretly married and divorced. He told Swedish newspaper Aftonbladet: “I am single now, but that’s OK. I don’t mind being alone.”

This prompted his rep to clarify that the comments were a joke and the pair were still together.

A year later, in 2008, Anna said that she is “never getting married”, which led Enrique to say that he’s been trying to marry the former tennis pro for years. According to People, he said: “I always try, but she pays me no attention.”

The now parents of three welcomed their twins Nicholas and Lucy in 2017 and on 30 January 2020, their daughter Mary entered the world. She previously told Women’s Health in 2011 about her feelings on motherhood: “I absolutely want to have children, whether I have my own or adopt. I love taking care of people.”

Since welcoming their children, Anna, who added ‘Iglesias’ to her Instagram name, often keeps fans updated on her family’s doings.

Just recently she posted a snap of the family of five to celebrate Enrique’s birthday to her Instagram. She penned: “Happy Birthday to the most amazing Dad! We super love you!!!”

The sweet message was accompanied by a picture of the family in their garden with Enrique sharing a sweet kiss with little Lucy.

While on the same day Enrique posted a video of Anna rocking out with their youngest with the caption: “Happy Mother’s Day ! To all the Mothers around the world, you rock.”

For all the latest TV and Showbiz news, sign up to our daily newsletter here .