It’s easy to see how overwhelmingly white Hollywood’s TV writers’ rooms are. In 2017, a Color of Change report found that only 4.8% of 3,817 writers on 234 TV shows were Black. Two-thirds of those shows had no Black writers at all.

In 2020, “Watchmen” writer Cord Jefferson told The Washington Post that even as conversations about diversity and hires of color increased, marginalized voices still went overlooked in writers’ rooms. “It feels like you’re diversity decoration a little bit, as opposed to a valuable member of the team,” he said.

Mike Guayo is on a mission to change that as much as he can.

The Los Angeles-based writer, who has written for several shows including “Insecure” and “Ginny & Georgia,” told HuffPost that he’s noticed that as the number of TV staff writer positions shrink, there’s less access for Black writers.

“It is incredibly hard to get into a writer’s room, especially if you are a writer of color,” Guayo said. “If you are not referred, if you didn’t already know the showrunner or some of the writers on the show, if you didn’t have an agent or a manager that got you in, if you didn’t come through a fellowship that allocated money towards that room or that show in order for you to be in there as a ‘diversity writer,’ then it’s going to be hard.”

To help remedy that, Guayo partnered with his creative agency, Culture Creative, and his management agency, Writ Large, to launch a mentoring program for Black TV writers. The yearlong program, The Black Boy Writes/Black Girl Writes Mentorship Initiative, connects new and up-and-coming writers to writers and showrunners including Amy Aniobi of “Insecure,” Kay Oyegun of “This Is Us,” and Kemp Powers of “Soul” and “One Night In Miami.” The mentees attend monthly workshops, monthly roundtable discussions and general meetings at networks and production companies.

Guayo, who was born in Haiti and raised in Boston, said making solid connections in the industry is how he was able to secure a place in his first writers’ room. He said his parents groomed him to become a doctor, so he didn’t begin pursuing a career in TV until after he left college. The first few years, however, he worked in banking. When he got laid off, he decided to go back to school and study what he was truly passionate about: writing.

“It’s always been a hobby of mine,” he said. “So, I went back to school for theater, concentration in creative writing, intending to become a playwright, move to New York, live that bohemian starving-artist lifestyle. But, I took this production internship at school and realized, oh, TV’s where it’s at.”

Guayo graduated from the University of Massachusetts in 2012. He got his start in reality TV, working as a production assistant on “American Idol” and “So You Think You Can Dance.” He moved to Los Angeles in 2013 and realized that he needed to be intentional about his networking if he was going to move from reality to scripted.

His networking landed him a meeting with Issa Rae, who gave him his first writing opportunity on the podcast “Fruit” for two seasons. At that time, TV writer and producer Ben Cory Jones had become a mentor to Guayo and recommended him to “Claws” showrunner Janine Sherman Barrois. He got a job as a writers’ production assistant, then a writer’s assistant. Barrois also connected Guayo with her former manager, who then became his manager.

“My path in writing very much comes from people who have been stewards of my career, people who have helped me on my way,” Guayo said. “That’s what I intend to do with my mentorship program, is creating access for Black writers and creating a sustainable pathway in order for them to gain visibility but also success.”

“If it wasn’t for Issa or Ben Cory Jones or Janine Sherman Barrois, I wouldn’t be on the path that I’m on now,” he added. “So that’s why I feel like it was so important to be able to pay it forward and bring up anyone else that I can in the industry to just have a place so that they can take up space.”

He pointed to a March McKinsey & Company report that the inclusivity gap is costing Hollywood $10 billion each year. The report found that Black-led projects, specifically, have been undervalued and underfunded despite clear evidence that they outperform other projects in return on investment. 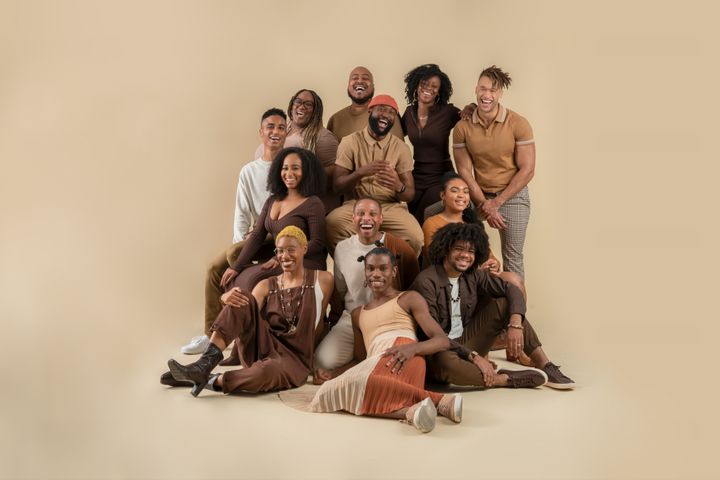 Yet and still, Hollywood continues to overlook the need for these stories.

“There are so many Black stories to tell that haven’t been told. We’re not monolithic. We live varied lives and experiences, and all stories deserve to take up space as well, and deserve an audience and have an audience.”

He named Rae and Lena Waithe as examples of people who have uplifted others as they climbed in their respective careers.

“That’s what it’s about, and when you think about it, man, all these white people have so many networks. So many,” he lamented. “Hollywood is built on nepotism. It’s built on who you know, how you know them, what they can do for you. Not to say that they’re not talented and deserving, but they have a network, and we as people of color should be able to do the same.”

Black Boy Writes, Black Girl Writes came out of folks asking Guayo for advice. He decided to formalize the process to make a bigger impact.

Guayo criticized some of the diversity and inclusion programs he’s seen in Hollywood that come without the “follow-up care” needed for longevity. He said the difference with this program is that they were very intentional about follow-up steps once the program is complete.

“I like to call my program a sustainable pathway. It’s the fact that we’re working on their material and preparing them for fellowships and staffing. We are putting them in contact with my management firm and my agency, who will read them and decide whether or not they want to bring them into a meeting and represent them,” he said. “So, it’s about creating steps that they can go down that will help assure, or at least give them a great chance, of getting representation, getting staff on the show, and start working.”

In addition to being considered for representation by Culture Creative and Writ Large, the mentees will be represented by Guayo’s lawyer, Marcie Cleary, once they are staffed.

Guayo, who’s just hitting his stride in his own career, said it’s all about paving the way for more diverse Black folks to tell their stories and create a more equitable landscape for both writers and viewers. Though this is his first class of mentees, Guayo wants to continue this annually.

“I hope that it runs as long as I am alive and beyond,” he said. “I want it to have a foothold in the industry. I want it to be something that is looked at as kids coming out of college, ‘Oh, I want to get into that mentorship program.’ Kids who are writers coming up who are in high school, ’Oh, once I graduate college and once I’m out there and once I’m doing my thing, I want to look into this program, because I want it to continue to be something that is a great part of Hollywood, and as creating just access for Black writers.”