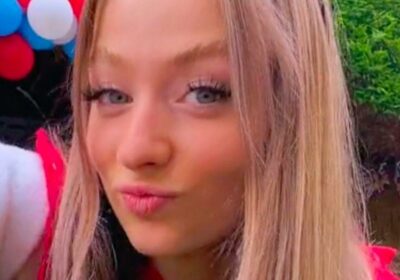 A teacher has revealed the ‘brutal’ remarks she receives when working in the classroom – from kids.

Most people think children are completely innocent and can not put a step out of line, so it’s easy to forget they can be incredibly cheeky.

Asking for extra sweets although they have already pushed their luck and telling porky pies are common behaviours from little ones.

It seems being totally unfiltered comes part and parcel of being a kid as well.

And, this one teacher has just proven how true that is for her.

Kelly Stevens, who is a professional dancer and teacher, took to TikTok to share what children have said to her in the classroom. In the clip that has racked up a huge 1.7 million views, the educator pranced around in the clip as she said: “Things children have said to me as a teacher.”

Despite the unintentional mean remarks targeted towards Kelly, she kept the video light-hearted by dancing around the garden as the comments flashed on the screen.

Another accused: “I bet you don’t have many friends.” “You aren’t married!? Does no one like you?” a third questioned.

But the comments did not stop there, Kelly continued to dance positively as she shared:

“You look way better with makeup on Miss.”

And the most nail biting of all, “I’m going to tell your mum you shouted at me.”

It seems Kelly is not the only one to be verbally berated by a bunch of tots, as many others could relate to the hilarious ordeal.

One person commented: “Kids really have no chill.”

Another user added: “I done my hair different yesterday. Two of the children said I look funny and my face looks different. I felt uncomfortable and took it down.”

Whilst a third person chuckled: “Worked in infants school for three years now and I have never been so insulted AND complimented.”

Someone else related: “I once got told by a child that they had a really good day yesterday because I weren’t in…”

Meanwhile, a fifth user giggled: “In nursery I had a mole on my neck and they used it has a button and turned me off.”

This user voiced: "I got told to never wear pink again as its not my colour and makes me look large."

Let us know in the comments if you have been insulted by a child – how did you react?