IF you’ve got BO you shouldn’t use deodorant, according to a leading scientist.

It may sound bizarre but Dr Christopher Callewaert, otherwise known as ‘Dr Armpit, says you should instead splash someone’s sweet smelling sweat on your armpits. 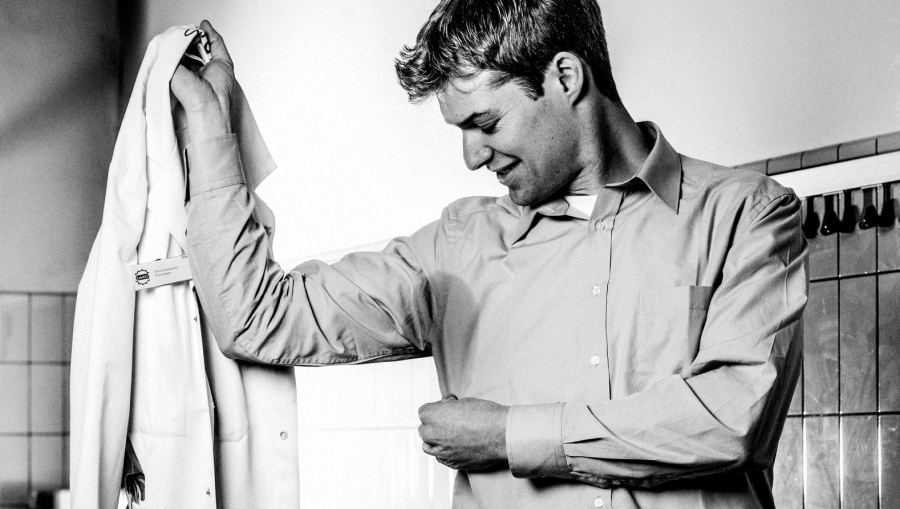 Dr Callewaert’s interest in smelly armpits started when he got body odour following a one-night stand.

Speaking to the Sun Online he said: “I got body odour after a one-night stand when I was studying bio-engineering at the University of Ghent.

“I did not have any trouble with BO whatsoever and then the day after a one-night stand I immediately got BO.

“I thought ‘what the hell has gone wrong?’ I went to the doctor but there was nothing wrong with me.

“Basically what had happened to me was a bacterial transplant in the bad way.

“I pitched that idea to a bunch of professors and got a grant and then fast forward ten years and I’m still working on the project.”

Dr Callewaert first tested his theory for spraying nice smelling sweat on someone smelly with a pair of identical twins, in 2013.

He explained: “You couldn’t tell them apart [from their looks] but you could from their smell.”

One twin had terrible body odour, while the other did not.

The twin that didn’t smell was told not to wash for four days so he had as many bacteria as possible in his armpits.

Meanwhile the smelly twin scrubbed his pits with antibacterial soap every day.

Dr Callewaert then took a cotton swab from the armpit of the non-smelly twin and put it into the armpits of the smellier one.

He found it reduced the stinky twin’s body odour dramatically.

He found it worked successfully in the short-term but many had smelly armpits again after three months.

“I thought ‘there must be a better, more consistent way to do this’”, he said.

He therefore devised a plan to apply the sweet-smelling bacteria to the armpit in a way that didn’t require swabbing.

With this plan in action he did a clinical trial in Belgium late last year on 60 people.

For two months, participants doused their pits daily with a spray supplied by Dr Callewaert.

He is still analysing the results but said it “looks good at first sight”.

He said: “A lot of people’s under arm odour has improved. It would be great if the bacteria I’m using would be suitable for many people.”

He told The Times: “There’s a student who’s at boarding school.

"It’s wonderful because in the beginning he was very, very smelly.”

Dr Callewaert is hopeful his method can be more effective than people using deodorants.

He told the Sun Online: “I want to find a solution for heavy under arm body odour.

“If you have body odour, you shouldn’t use antiperspirants or deodorants. It works very well with sweating too much, but not against the smell itself.

“All solutions that are available are against the sweating itself, for example injecting Botox, removing sweat glands, boiling under arm skin…they only target the sweat itself but the source is the bacteria.”

He went on: “It drives me to help find it. The idea is to find a company or outsource the idea and the patents to someone who can make that possible.

“You have got to fight bacteria with bacteria. It may sound gross to exchange sweat but it’s a very durable solution in my eyes.” 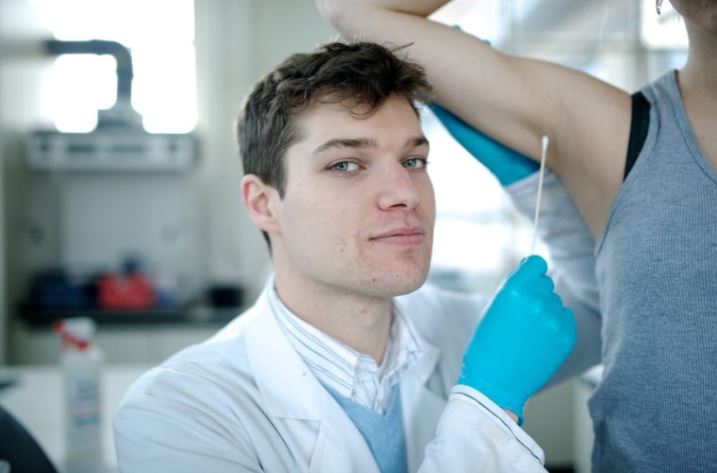