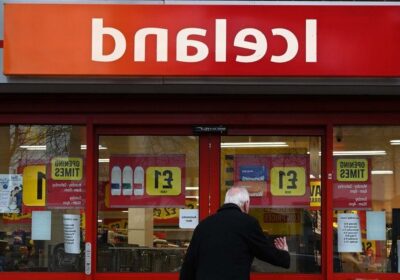 Supermarket Iceland is known for its large range of frozen foods at reasonable prices.

However, an insider has revealed there are ways of getting things even cheaper when shopping in the store.

Iceland store manager Simon Felstead has revealed his top tips for grabbing a bargain at the supermarket.

He also spilled some of the funniest encounters he's had with customers over the years.

Simon, who has worked for Iceland for 29 years, runs one of the busy London branches.

One of his biggest recommendations for getting a goal deal at Iceland is signing up to the store's Bonus Card.

He told The Sun: "Sign up to the Bonus Card, which you can also do via the app, as there are some exclusive offers on our great products.

"You can also book our free home delivery service when you complete an order of £40 or over online or an order of £25 and over if you shop in store."

As well as that, he said what time you visit the store is key to grabbing deals.

Simon said: "We have a range review after Christmas and just before the summer where we reduce some of our existing products half price, to make space for some new and exciting lines.

"We also change the grocery deals at the front of the store every two weeks, and we also change lots of other prices every four weeks, so shoppers should keep an eye out for offers then."

Opening up on bizarre customer encounters, Simon admits that some people are surprised that they don't just sell frozen food.

Although, other people take things to the other extreme as they ask if the store sells garden equipment and light bulbs.

Simon also said he's had people complain that it's cold in the supermarket before, as he exclaims: "That's why it's called Iceland."

The manager says a lot of people don't realise they stock big brands such as Greggs, TGI Fridays and Harry Ramsden’s – with the retailer having exclusive ranges for all three.