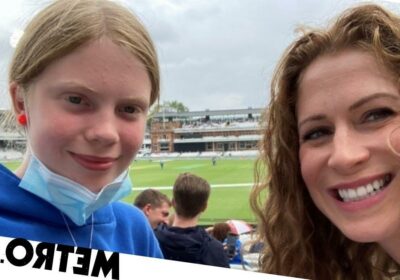 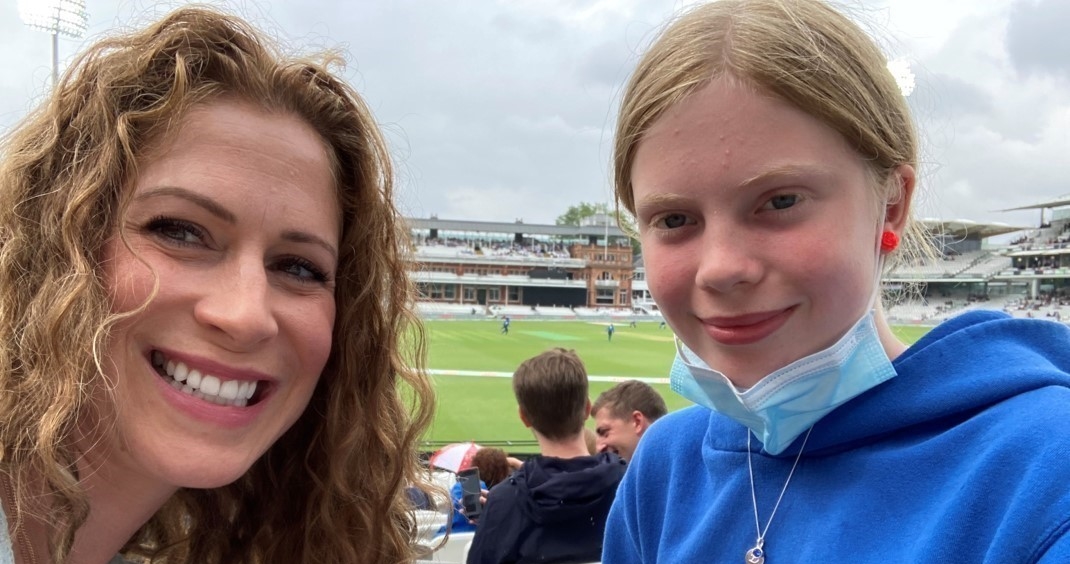 As the daughter of a man who professes he ‘hates loud women’, as a child I felt that I should be seen and not heard.

I was fine with small talk, but I would never have dared to express myself and my opinions openly.

At friends’ houses, or in public, I was mute. People often commented to my parents on how ‘well-behaved’ I was.

But underneath my meek exterior, the truth was far darker: I didn’t feel that I had the right to be heard, or to take up space. So, I tried to make myself as small and quiet as I could.

As I grew up, this desire to be invisible manifested itself in a variety of unhealthy behaviours.

In a bid to make myself virtually unseen, I decided that I should be as small as was physically possible – sparking disordered eating patterns, which have insidiously lingered into adulthood.

I’m certainly not alone. The silencing of women is as old as time.

Women who physically take up more space are often vilified for their size, ridiculed or not taken seriously. Once they lose weight, they are applauded.

Women who speak out about harassment, discrimination, sexual violence, are often dismissed, rarely believed. Their characters are torn apart, they open themselves up to a malicious feeding frenzy.

Sometimes, the silencing is obvious – NDAs, courtroom humiliations, public put-downs. Or it may be more insidious. Gaslighting, ostracising, criticising. It all adds up to one thing – a need to make us stop. Stop talking, stop thinking, stop fighting.

This silencing has impacted my whole life. While at law school in my early 20s, I developed depression. It was gently explained to me by counsellor that a very natural consequence of repressing yourself is to feel depressed; it’s a literal depression of your feelings.

Those years of keeping quiet, of feeling as though I didn’t have a right to be heard, were taking their toll on my mental health.

As a result, I felt bullied and undervalued, compounding my mental health problems further.

It all adds up to one thing – a need to make us stop. Stop talking, stop thinking, stop fighting

Despite these issues, I landed a high-flying job in the City on graduation. But it quickly became a nightmare as I was faced with a relentlessly fast-paced and pressured environment without having developed the ability to stand up for myself.

At some networking drinks one evening, I was specifically instructed by the (female!) host of the party not to talk, being told my only job was to ‘stand there and look pretty’. My worth had been quickly evaluated, and I was judged only to be useful as decoration.

There are lots of other examples, and times where I wish I’d had the courage to speak up for myself.

Working late into the night once, I was asked to order dinner for the team. As it arrived, I was sent to complete a task and by the time I returned, all the food was gone. I remember so clearly the female boss looking at me and saying, ‘Oh, sorry, we totally forgot about you!’

That’s the trouble with trying to be unseen – you are often quite literally forgettable.

The way I felt as a child – that I should be seen and not heard, and certainly not have any opinions that would be taken into account – had left me feeling that I had no control over my own life.

Working in a hierarchical corporate environment further enforced this lack of agency, so I felt there was no point in speaking up. If no-one would listen, why waste my time and energy?

There were many times I would retreat to the bathroom at work and cry silently in the cubicle after being shouted at, or worse. It would never have occurred to me to calmly stand up for myself.

Unfortunately, while my father’s views undoubtedly made me think twice about raising my voice, the female reluctance to speak up is far from limited to shy little girls with questionable self-esteem.

In fact, to over-simplify this phenomenon is to ignore the deeper issues, the wider problem of a power imbalance where women have less right to be heard than men.

I always remember reading an interview with actor Michelle Dockery, where she said that despite coming from a line of ‘very strong, opinionated, tough women’ she still felt ‘afraid to speak up, because I would have been afraid of coming across as tricky or difficult or emotional.’

These words resonated with me. And this is a common theme amongst colleagues and friends I speak to about this issue, the feeling that we will be judged more harshly than our male counterparts for raising our voices, whether literally or metaphorically. We must be surer of what we are saying than men.

Yet the consequences of remaining silent can be far-reaching, not just for me personally but on a wider scale.

In its extreme form, we only need look to the #MeToo movement to see how pervasive and pernicious the silencing of women has been, and how powerful our collective voices can be.

However, there’s a sense that things are changing; both for society, and for me. Recently, a male relative asked if I was ‘still just a mum’ or was I ‘actually working’ now?

Rather than laughing it off, as I would have done in the past, I looked him square in the eye and said politely but firmly: ‘I have always worked very hard, and I’m not “just” a mum.’ He backtracked immediately, apologising for his lazy assumptions, and we moved on.

I was specifically instructed by the (female!) host of the party not to talk, being told my job was to ‘stand there and look pretty’

I can’t pinpoint exactly when this shift occurred, but I do know that I am confident enough now to be able to speak up for myself. Through years of therapy, I’ve realised that I have as much worth as anybody, and that conducting myself with grace and kindness extends not only to others, but most importantly, to myself.

It feels good to be able to speak up, and as a mother, I want my daughter to know that she has a voice and is entitled to use it – in fact, I insist on it.

When she comes home lamenting her friendship issues, I counsel her to tell her friends how she feels, but to navigate the conversations with as much grace and kindness as a hormonally-charged pre-teen can muster.

She will make mistakes, say the wrong thing, be judged for what she says, but I tell her to take a deep breath and focus on what she needs to express – it is far better than staying silent.

If I want evidence that I haven’t passed on my meek gene, I need look no further than my bright, willful 12-year-old. A force of nature since the day she was born, she blazes a trail and leaves me in her wake.

While not always the easiest to parent, I’m so proud that she uses her voice. I remember when she was seven, a passenger on our holiday flight was incredibly rude to me.

True to form, I said nothing but shrank back in my seat in a puddle of tears.

My daughter took one look at me, and boldly tapped the man on his shoulder. As he turned around, she said clearly: ‘Excuse me, you’ve just made my mum cry.’ As he mumbled an apology, I couldn’t help but smile through my tears.

I’m ashamed to say that as a grown woman, I’ve still never challenged my father about his views on women. Perhaps he’ll read this, and it will spark a conversation, but for now, I am content with my new-found confidence.

But to those who find themselves struggling with a loud woman, I say freedom of expression is a basic human right.

I’m no longer willing to be a quiet, empty shell to satisfy those who are triggered by intelligent and articulate females.

As women, we fought for the right to vote. I will continue to fight for our right to a voice. We have opinions which deserve to be heard.

As for my dad? Well, to his credit, he seems to like his outspoken, confident daughter just as much as the little girl she’s left behind. Perhaps being heard isn’t so frightening after all.