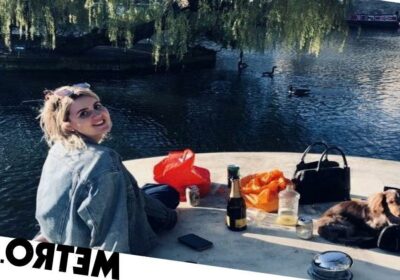 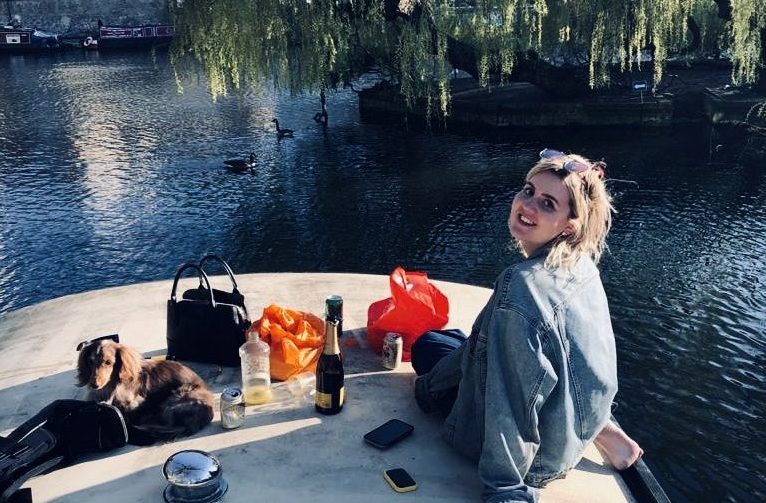 After five years of law school, training at a prestigious law firm and practicing as an associate solicitor, over a short space of time in November 2019, I decided to hand in my resignation, buy a dog, move onto a barge, and take out a loan for £10,000.

The money was scarily easy to get access to. I applied through my banking app one evening at 11pm, with very few questions asked about what I needed that sort of amount for. I didn’t speak to anyone as part of the application process. Had this been a requirement, Nationwide might have realised that something was very wrong.

Instead, they dutifully approved my request. And over the next 10 days I spent it all on absurd transactions. In one evening alone, I spent £700 on plants and rugs for my new boat, and an additional £200 buying the same top in eight different colours.

Days later, I contacted a carpenter and asked him to build bookshelves on my boat. While fitting these, he explained that he was in debt, and couldn’t feed his four children and wife. When he finished the job, I decided to pay him for his work – and also give him an additional £2000 of my loan, so he could ‘save’ his family.

I told him he didn’t have to worry about paying me back. At the time, this all felt perfectly rational.

Then, ironically, I was left destitute.

The cause of my erratic behaviour? Type 1 bipolar disorder, of which one of the many symptoms is mania – a psychological condition that causes a person to experience ‘unreasonable euphoria, intense moods, hyperactivity, and delusions’.

One of the most prevalent side effects is risky or impulsive behaviour; including gambling and reckless spending.

Before 2018, I was – for all intents and purposes – a successful and ambitious person. I worked hard, took pride in my achievements and paid my taxes. Then, for a few reasons – both genetic and environmental – bipolar, rather than ambition, began to define me.

Bipolar runs in my family – my grandma took her own life due to the illness, and my sister also suffers from the disorder, so I was genetically predisposed.

However, the stress, sleeplessness and demands of corporate law acted as a catalyst, activating the illness and culminating in a diagnosis in January 2018, and three and a half weeks in a psychiatric facility later that May. 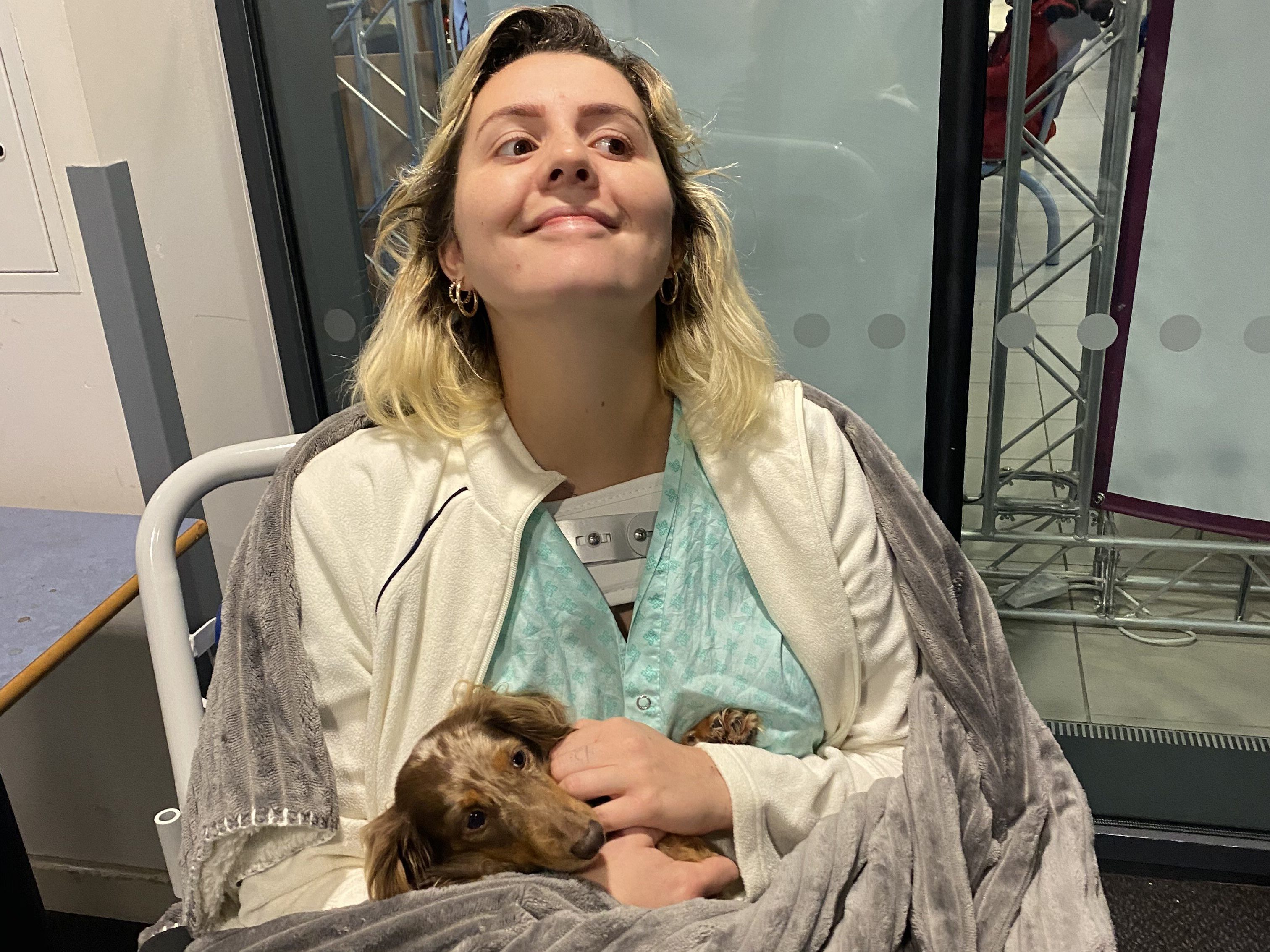 Things continued to get worse, leading up to the 2019 episode, which saw me apply for the loan. Following that, credit reminders, interest fees, and default notices became a part of my day-to-day reality.

The consequences of quitting law, just before the pandemic, while struggling with an unpredictable disorder, pulled me into cycles of extreme depression and instability. Eventually, I was forced to move back home with my parents.

While living with them, my mania subsided and I thought I could apply for less stressful roles in cafes or shops when the pandemic restrictions eased up – to help pay back the loan.

However, in November 2020 my mania returned.

In a heightened state, I found myself venturing to an abandoned mental asylum in North Wales. I had always been drawn to dilapidated buildings, and decided my boyfriend and I should go and explore Denbigh Insane Asylum – a particularly spectacular, albeit rotting, institution.

My boyfriend and I had only been together a few months at this point, and although he knew I had bipolar, he wasn’t familiar enough with me, or the symptoms, to question my erratic behaviour. I just seemed fun, spontaenous and carefree. Mania doesn’t always look like madness.

I had no fear for my safety; mania is marked by grandiosity, a conviction that one is invincible. So, despite the fact the walls were crumbling and the floors were torn apart, I felt elated, god-like even, and climbed higher and higher. It never occurred to me that I could be hurt.

The last thing I remember was the rotten floorboard splitting beneath my right foot. I fell through the fourth floor, crushing my spine, shattering my left foot, and sustaining, among other things, a chopart injury – a dislocation of the mid-tarsal joints of the foot – which has left me in chronic pain, probably for the rest of my life.

The prospect of earning back the £10,000 I owed had already been slim. But following my injury, it felt non-existent. I was hospitalised for weeks.

After being discharged, I could barely leave my bed without help; the notion of waitressing was fantasy. Job applications were met with rejections, while the default notices demanding repayment of the money I owed continued to stack up.

Anyone who has been made bankrupt can probably relate to the unbearable feelings of shame and fear that accompany it. Though I knew my insolvency was a direct consequence of my bipolar, I didn’t tell any of my friends, family, or even my boyfriend, about my debt. I was terrified they would find out – or worse, that they would try to help me.

I couldn’t bear the shame of them doing so – the shame of my unpayable debts being relocated from the bank to the people I loved.

Debt-related stress is a particular blend of anxiety and paralysis. I was overcome with panic, but because the debts were so enormous and unpayable, I would avoid thinking or talking about them, or doing anything that would remind me of their existence. If I engaged with the debt I would become suicidal, I would think – there is nothing I can do, there is no other way out.

I was helpless to change my circumstances. I lay in bed as the weeks went by, applying for low-stress, non-physical jobs, praying for a miracle.

By Christmas of 2020, I found myself sobbing to my doctor, explaining that I was suicidal and feared I would not make it through to the new year. This doctor referred me to a psychiatrist, agreed to change my medication, to see if a revised combination could improve my mood, and called me regularly over that period, as she was so concerned for my wellbeing.

Just over a year after taking out the loan, I had become too unwell to correspond directly with my bank, and so I finally broke down and told my mum everything.

I relinquished control over my accounts to my mum, who – having two daughters with bipolar – was now used to the problems that accompany the condition, and was relatively unphased.

Mum would intercept default notices, for fear they would push me to suicide. She eventually took up correspondence with the bank, on my behalf, and – in a desperate attempt – forwarded my health records on to them, in the hope that this would alleviate the pressure to return the money. She sent them both psychiatric reports expressing concern over my mental state, and physical reports detailing my injuries.

We didn’t hold out much hope that this would work but we thought it was worth a try.

However, to my utter disbelief, Nationwide wrote to my mother a few months later, agreeing to write off all my debts – on the basis of my mental health. They confirmed that the debt would not be recorded as bankruptcy for credit purposes. On hearing this, the past 18 months of stress and fear began to subside, and I felt a sense of relief and gratitude that is also impossible to describe.

Although I still don’t feel confident managing my finances, as I am aware that a similar thing could happen again in the future, having my debt written off by my bank feels like a second chance at life.

This is a milestone, significant beyond my personal feelings of relief. A financial institution has shown awareness of the multifaceted and complex symptoms of mental illness; treating a customer as a casualty of a disorder, rather than as a degenerate or criminal.

Corporate attitudes towards mental illness are slowly shifting; a quiet recognition that the visibility of a disability does not mark its severity. For corporate employees, awareness in this field is essential. Only by understanding the symptoms of mental illness can institutions implement protective measures.

And we really do need protecting.

The system is changing to accommodate us. It really does feel as though we are more visible than ever.

My hope is that other members of the bipolar community, who are experiencing the horrors of seemingly inescapable debt, may be given the same opportunity. I want people to know that there is a way out.