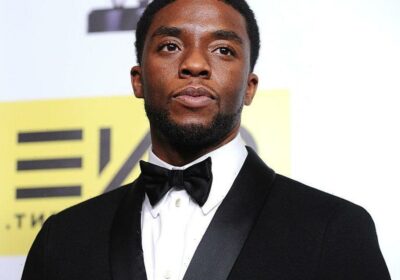 Howard University has announced their reestablished College of Fine Arts will be named after alumnus Chadwick Boseman. The late actor, who graduated from the school in 2000, had protested against the reabsorption of the college into the broader College of Arts and Sciences while he was a student and continued to advocate for its reestablishment long after he left the Washington, D.C., campus.

“Chadwick’s love for Howard University was sincere, and although he did not live to see those plans through to fruition, it is my honor to ensure his legacy lives on through the Chadwick A. Boseman College of Fine Arts with the support of his wife and the Chadwick Boseman Foundation,” Howard University President Wayne A. I. Frederick said in a statement Wednesday. “I’m also elated to have the support of The Walt Disney Company’s Executive Chairman Bob Iger, who has graciously volunteered to lead the fundraising effort to build a state-of-the art facility and endowment for the college.”

Thank you, @Variety, for featuring our exciting news! Howard University is pleased to name the College of Fine Arts after our iconic alumnus @chadwickboseman

Boseman, best known for his role as T’Challa in the Marvel Cinematic Universe and for playing non-fictional icons James Brown, Thurgood Marshall and Jackie Robinson, died last year at age 43 after an intense and secret battle with colon cancer. Boseman was nominated for an Academy Award for “Ma Rainey’s Black Bottom,” and posthumously won a Golden Globe award for his role in the film, which would prove to be his last. He also won several NAACP Image Awards and two Screen Actors Guild Awards throughout his highly celebrated career.

Howard alumna and celebrated actress Phylicia Rashad, best known for her work on “The Cosby Show,” will serve as the college’s dean. During Boseman’s time at Howard, Rashad acted as a mentor for the young actor, who said in a statement that he was “possessed by a passion” for acting and telling stories. The new building, on which construction has not yet begun, will also be home to the Cathy Hughes School of Communications and the University’s television and radio stations.

In 2018, Boseman was the keynote speaker for Howard’s 150th Commencement Ceremony. During his speech, he referenced his time at the school, including his protest against the absorption of the college, and pressed the students to use their degrees to make a real world impact on the things they’re passionate about.

“A Howard University education is not just about what happens in the classroom, students,” Boseman said. “In some ways, what you were able to do exemplifies some of the skills you learned in the classroom. It takes the education out of the realm of theory and into utility and practice.”

The Boseman family on Wednesday thanked Howard for the honor, saying they had full faith in the leadership of Rashad and the college to honor Boseman’s role and legacy at the school.

“I am extremely pleased that Howard University has chosen to honor my husband in this way and elated that Ms. Rashad has accepted the role as Dean,” Simone Ledward-Boseman, Boseman’s wife, said in a statement Wednesday. “Chad was a very proud Bison — both Howard and Ms. Rashad played integral roles in his journey as an artist. The re-establishment of the College of Fine Arts brings this part of his story full-circle and ensures that his legacy will continue to inspire young storytellers for years to come.”