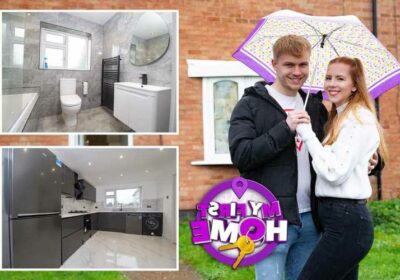 FIRST time buyers Sian Adams and Tom Lawrence had finally found the home of their dreams at the beginning of this year – but it nearly slipped through their fingers due to their credit history.

Account assistant Sian, 21, and her boyfriend customer service advisor Tom, 22, had never applied for any credit – meaning lenders wanted them to cough up an extra £10,000 for the deposit quick, or walk away from the house. 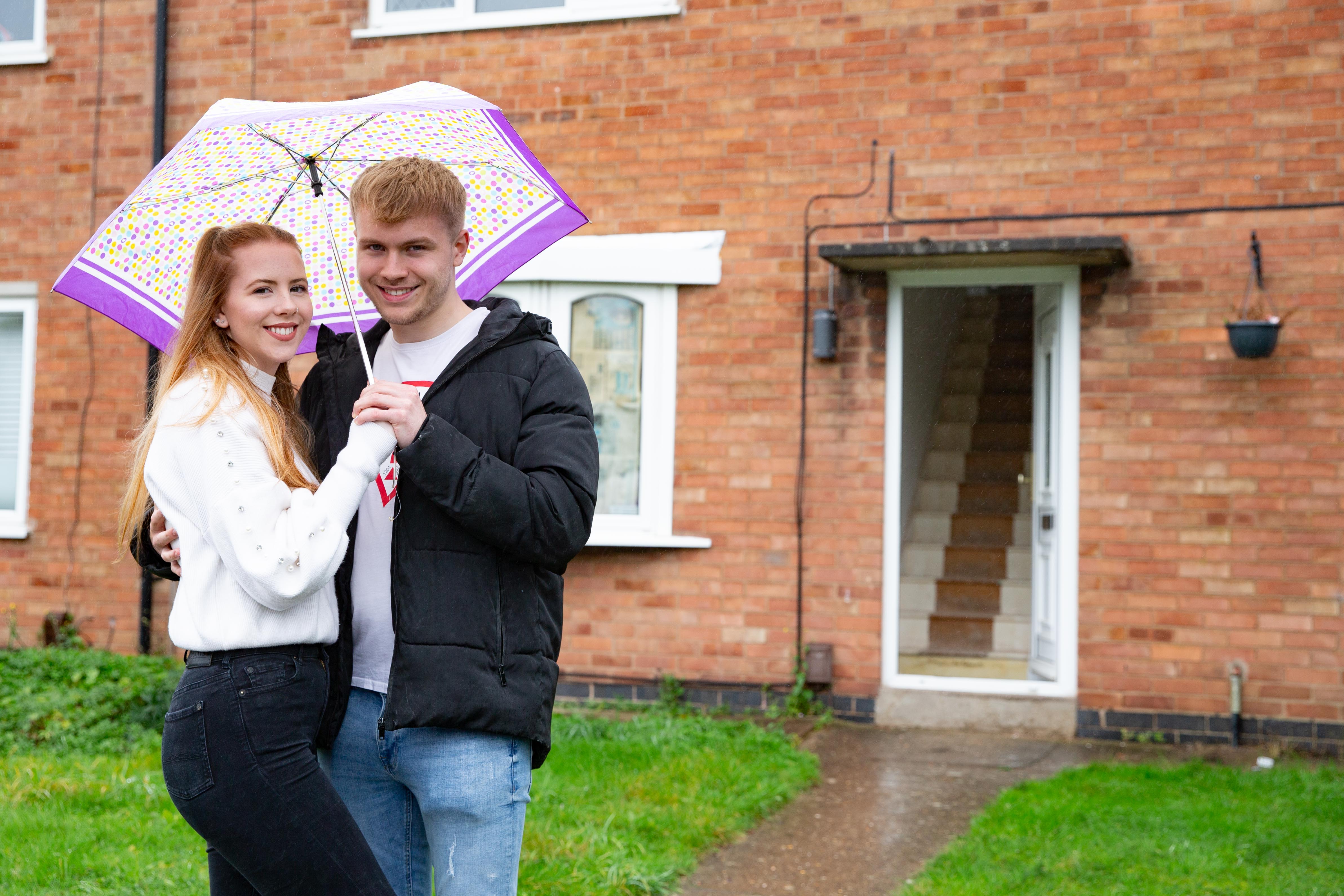 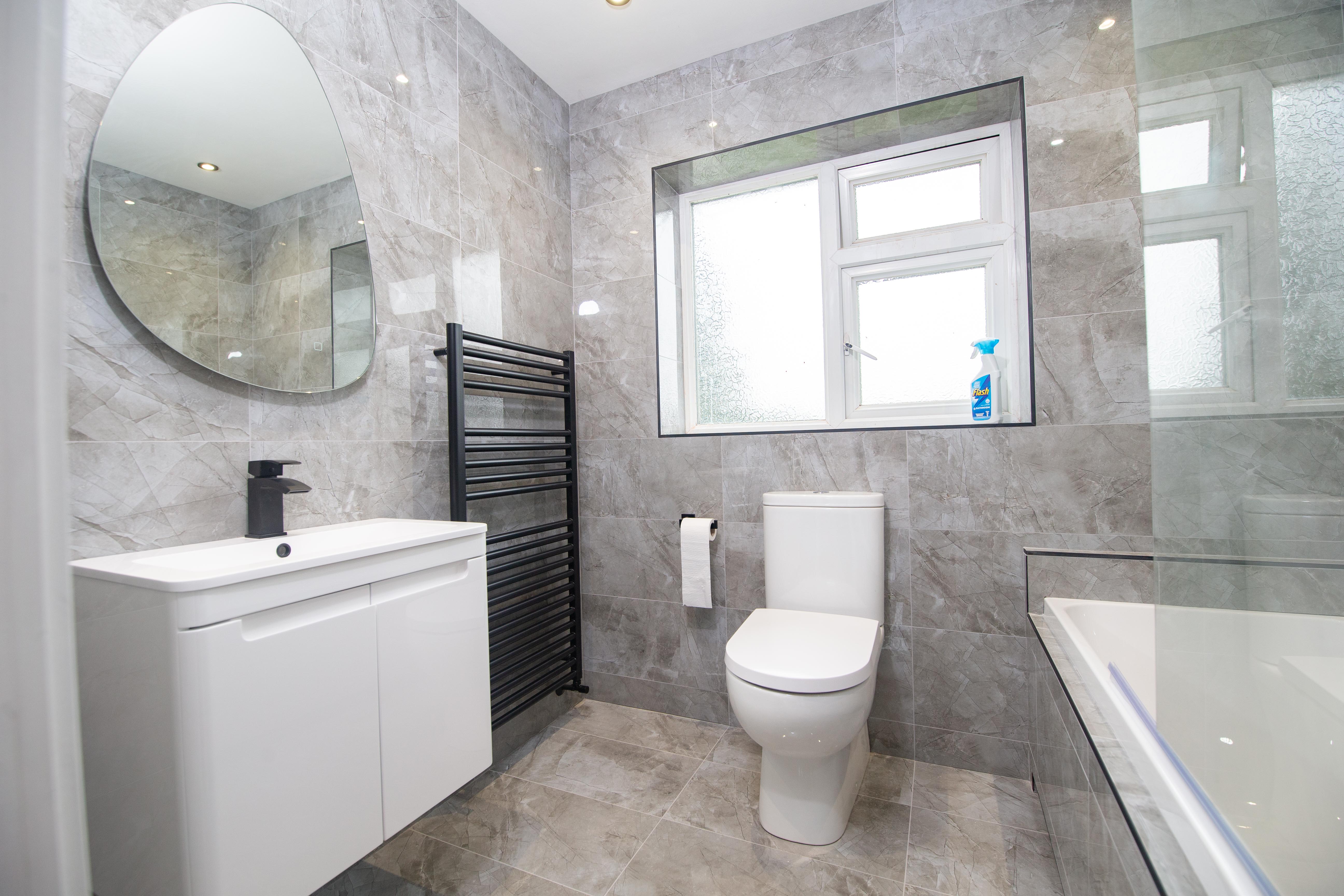 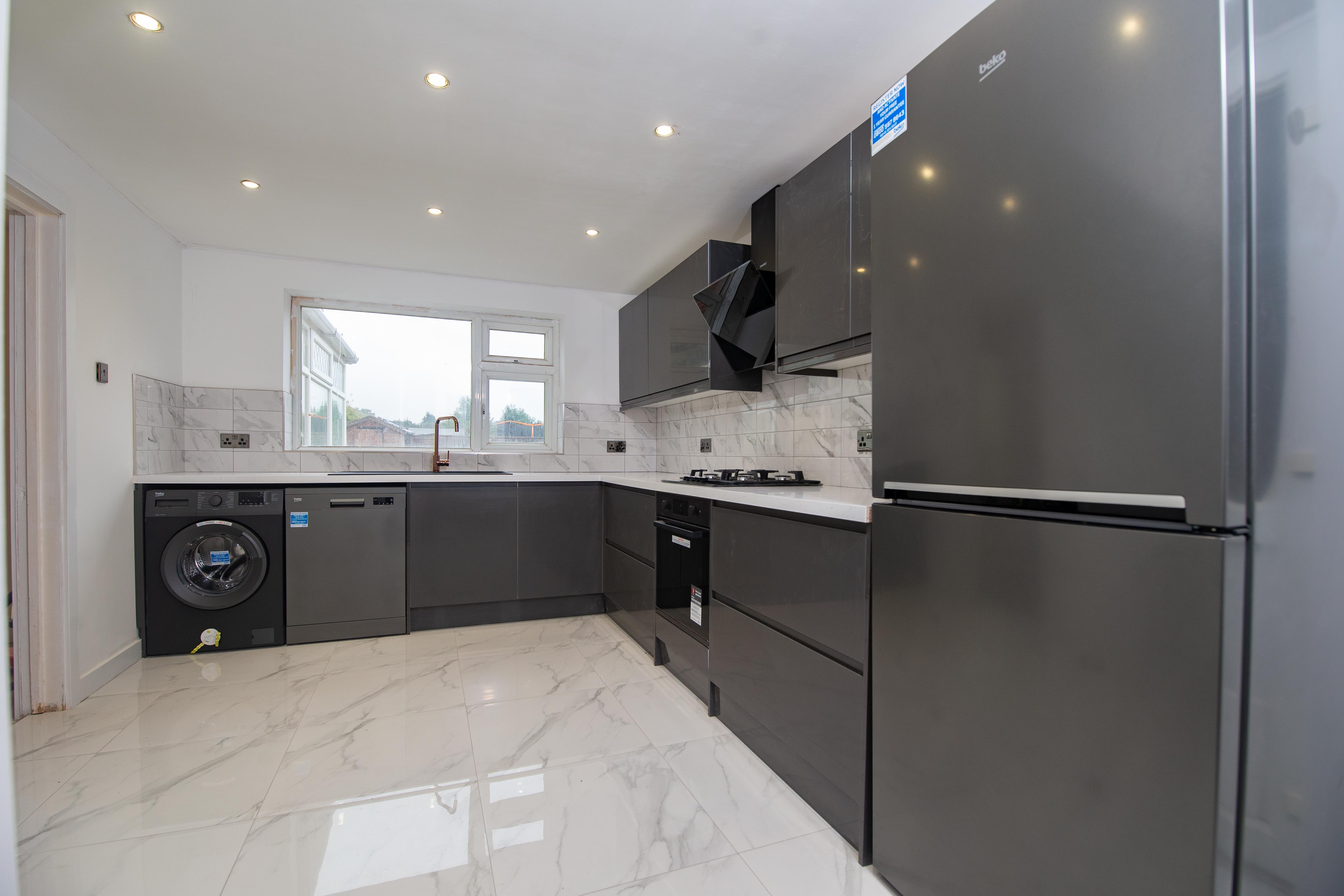 Luckily, the couple had been putting aside extra cash in a renovations pot, as they knew they wanted to buy a doer-upper.

If you don’t have any credit history, lenders are often nervous to give out money because they don’t know your track record of paying back debt.

They bagged the home of their dreams in April, and are currently doing it up.

Sian’s dad is on hand to help do the major works – which is saving them tens of thousands of pounds as they don’t have to pay professional builders to do it.

The couple are living with Sian’s parents while the house is being done up – and they also lived apart in their parents’ houses while they were saving too.

They were able to boost their savings by paying up to £200 a month to live at home.

Sian now runs a TikTok account helping to give advice to other first time buyers planning to do a renovation of their own.

We sat down with Sian and took a snoop around her home for The Sun’s My First Home series.

Tell me about your house

We sleep in the master bedroom, while one spare room is my dressing room and the other will be Tom’s man cave once it’s done up.

There’s one bathroom, which is new, and a shower in the master bedroom. There will be a downstairs toilet when we’ve finished all the renovations.

We’ve done up the whole kitchen and we’re planning to put the dining room in the conservatory.

There’s also a good sized garden at the back of the house.

How did you decide on the location?

We’ve always lived in Leicester, and our house now is round the corner from my mum’s – so it’s an ideal location.

It’s easy for me to get to work too.

We found the house on Zoopla.

How much did you pay?

We always wanted to get a do-er upper so we could get more space for less money.

The house was in a bad state and was previously a rental property.

It meant we needed to save up a lot more to do a makeover and put our own stamp on it.

Our monthly mortgage repayments are £700.

Neither of us had ever taken out a credit card or put anything on credit, so didn’t have any credit history.

We were told by our mortgage advisor that we wouldn’t be able to put a 10% deposit down for the house at £20,000 because of this.

It was annoying, as the extra £10,000 came out of the money we had put aside to do the renovations.

If we hadn’t saved up some extra cash to do up the house, we wouldn’t have been able to buy it.

How did you save for it?

We’ve been saving since we were teenagers for our first home, and it’s taken us four years to buy our home.

I left school at 16 in 2016 and started an apprenticeship in accounting – this is when I opened a Help to Buy ISA.

Tom opened one as well.

At this point we were only putting £50 a month, but when we turned 18 and started earning more, we were both putting in £200, the maximum you can put in.

We’re quite sensible with money. We don’t drink or smoke or go clubbing – I don’t think I’ve ever set foot in a nightclub before.

A lot of people my age are spending £200 a month on clubbing – but that cash was going into buying our house instead.

We always do a big shop at Aldi and plan meals the week before to keep our grocery bills down.

Before, we used to go to Tesco and spend £80 on food a week.

At the weekend, we’ll treat ourselves and go out and buy a meal – but that will be once a week.

We avoid buying takeaways because we’ll have food in the fridge instead.

As we need cars to get around, we both bought really cheap motors outright so we don’t have to pay back money each month on them.

We also pay our insurance and tax on an annual basis instead of monthly.

I shop for my things at bargain stores like TK Maxx – and I make sure to buy things in the sale so they’re even cheaper.

Any complications buying it?

Because we had to put an extra £10,000 down for the deposit because we didn’t have any credit history, it’s meant we’ve had less cash for the renovation.

However, my dad is doing the whole place up for us for free, so we don’t have to pay builders to do it.

All we need to do is pay for the materials.

We couldn’t have done it without him – I’m so grateful for my dad. We help out as much as we can, but he’s done most of it.

He’s stripped the whole house and put in a new bathroom, kitchen, boiler and rediators.

He’s replumbed the house and done up the guttering.

Considering we were quoted a day rate of £200 a day by professional builders and he’s been doing it for free for months, we reckon we’ll have saved tens of thousands of pounds by the time the house is finally done.

How have you furnished it?

We’ve not bought a lot of furniture yet, as we’re spending all of our spare cash on renovating the house.

We’re going to have to buy a lot of it second-hand to keep costs down.

I have done a bit of furniture upcycling, though.

I bought a bedside table from a charity shop and painted it grey and put new nobs on it.

Friends and family have given us furniture to keep us going while we save up to replace it.

They’ve given us a sofa, plates and mugs.

What’s your advice to other first time buyers?

Make sure you have a credit score before you buy your home.

It makes it easier to get a mortgage – and we wouldn’t have had to put down an extra £10,000 if we had a credit history.

I would also say its a good idea to talk to a mortgage advisor.

It’s free, and you can get a good idea of what you can afford, and what you need to put down for a deposit.

Here's how one couple saved up nearly all the deposit needed for their £255k first home by selling their cars and old junk.

Being on furlough didn't stop these two first time buyers bagging their first home – here's how they did it.

Being tight with money helped this first time buyer get on the property ladder. 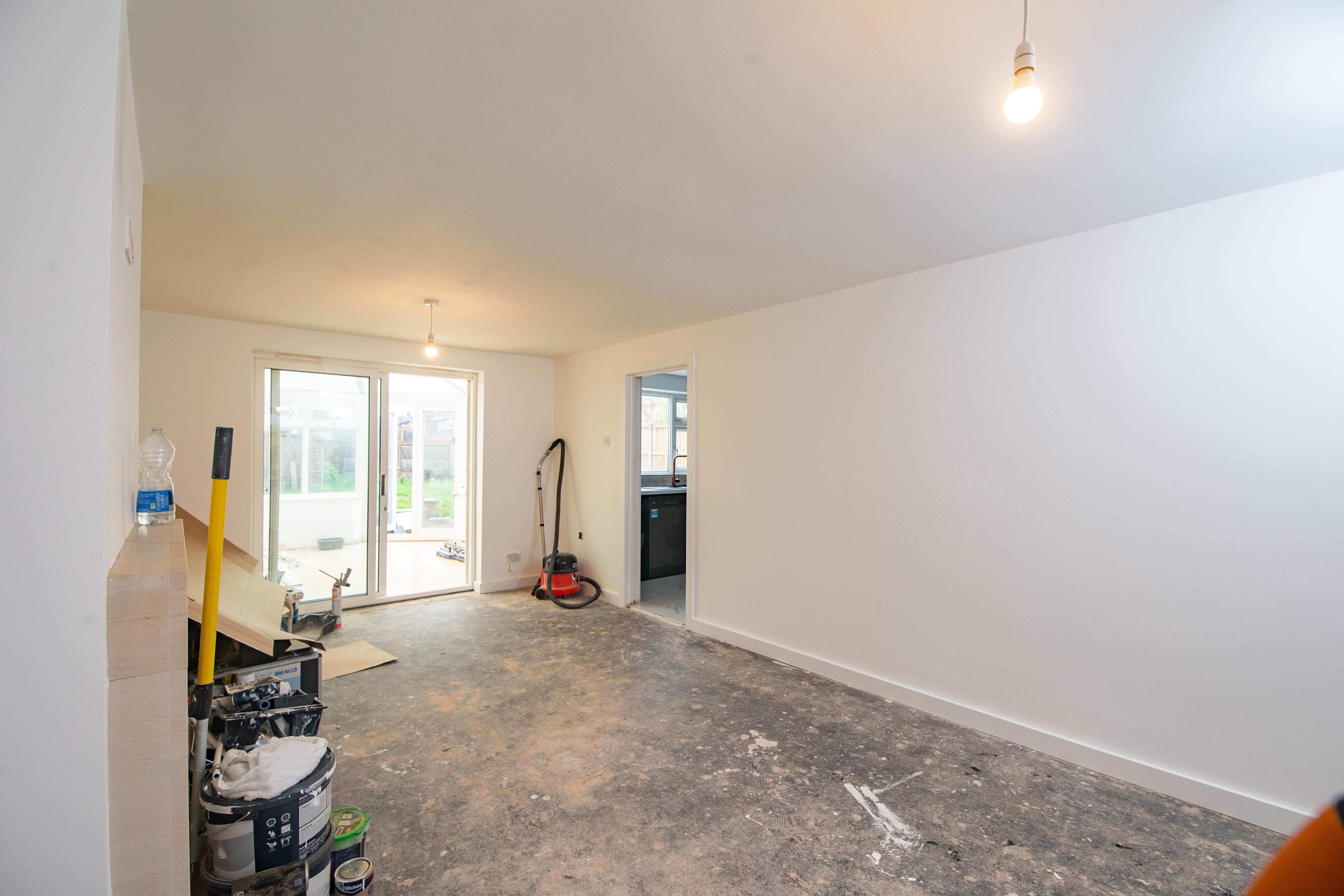 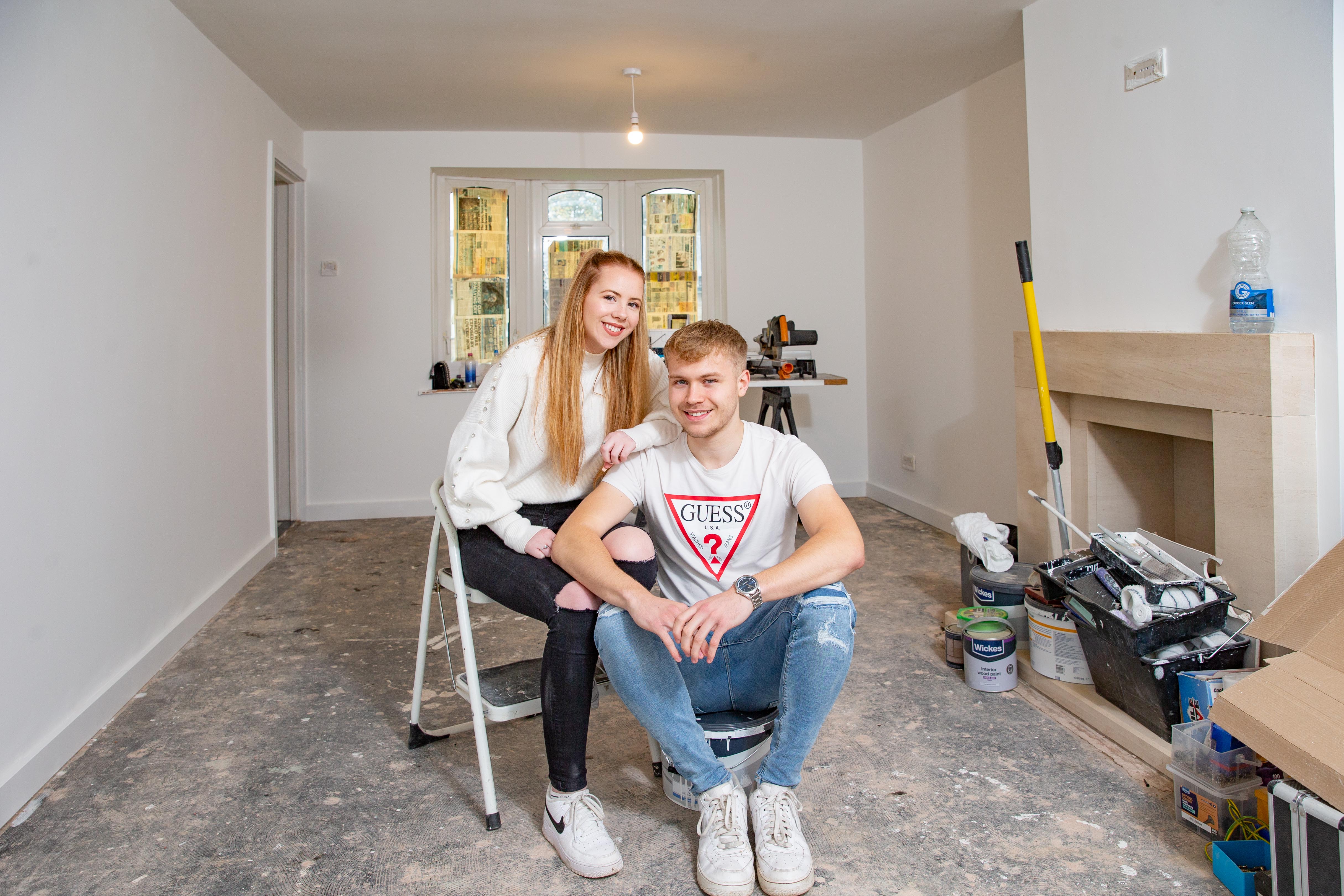