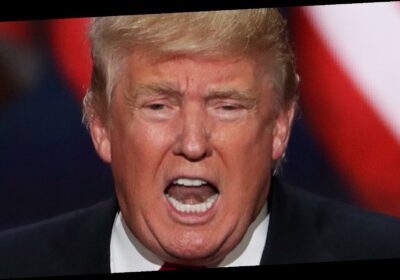 Former President Donald Trump’s adviser, Jason Miller, confirmed that Trump will not testify at his second impeachment trial, according to NBC — but his absence hasn’t lessened the media’s interest in it. Journalists are already reporting on the trial, which started at 1 p.m. EST on Tuesday, Feb. 9, 2021 (via The New York Times). When PBS’ Lisa Desjardins got to her senate booth, she found two packets of chips leftover from Trump’s first impeachment. Desjardins will undoubtedly need the nourishment. She and her colleagues are in for hours upon hours of arguments. This impeachment, however, will be different from Trump’s first. A senior aide to the impeachment manager team called it something similar to “violent crime criminal prosecution,” according to NBC.

During impeachment trial hours, the former president would usually be golfing. And a former aide suggested that golfing at this Palm Beach club was precisely what Trump should be doing during the trial, “as a way of sort of saying, ‘Who cares?'” (via Politico). But Donald Trump, who is rumored to be plotting a political comeback and to have kept in touch with advisers and allies, does care. So, as per the Daily Mail’s sources, he’s decided (shockingly?) against following his former aide’s advice.

This is where Trump will be during his second impeachment trial

As it turns out, it doesn’t look like Donald Trump is going far. Instead, his aides have told the Daily Mail that he has set up camp in Mar-A-Lago in front of a television, where he’ll follow the proceedings. That’s likely because the former president is using the exercise to pin down his opponents. As per what an ex-Trump campaign official told Politico, Trump thinks the impeachment trial is “going to help expose more bad apples that he can primary if any senators vote to convict.”

Meanwhile, according to Politico, Trump is looking at this time period between his presidency, his hopeful acquittal, and his “comeback” as if it were his reality series, The Apprentice. “He’s compared it to that time in between seasons of ‘The Apprentice,’ building anticipation and wonderment for what’s to come,'” an adviser told the outlet.