Home » Lifestyle » How to watch the BET Awards 2021: Date, performers, nominees and more

How to watch the BET Awards 2021: Date, performers, nominees and more 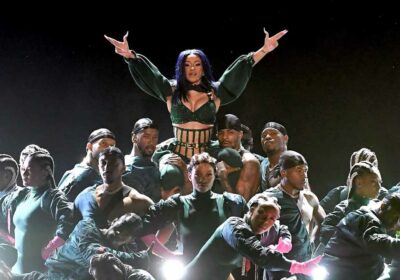 Why Anne Hathaway and James Franco ‘bombed’ as 2011 Oscars hosts

In-person award shows are officially back in full swing.

The 2021 BET Awards will air Sunday, June 27, and the network will be taking full advantage of its ability to hold live performances at the Microsoft Theater in Los Angeles, making this lineup the award show’s longest in the 21 years of the broadcast.

DaBaby, one of the featured performers, is tied with Megan Thee Stallion for the most nominations, each garnering seven. Musicians won’t be the only recognized talents, either. The late actor Chadwick Boseman as well as fellow thespians Zendaya, Viola Davis and Daniel Kaluuya were all nominated for their exceptional performances.

Influential athletes will also be recognized when the winner for Sportsman and Sportswoman of the Year are chosen. Nominees include some of the biggest names in their respective arenas, including LeBron James, Patrick Mahomes and Serena Williams.

Here’s everything you need to know about the 2021 BET Awards.

When and where are the awards?

The awards show will be held June 27 at the Microsoft Theater in Los Angeles at 8 p.m. EST/5 p.m. PST.

The show will air live on BET. Stream it via Hulu, YouTube TV, Fubo TV or Sling TV.

Taraji P. Henson, 50, will be our master of ceremonies for the star-studded night.

How are the awards chosen?

The nomination process begins with the voting academy (composed of hundreds of bloggers, music and media professionals) voting electronically on whom they deem worthy of a nomination. This process repeats itself when voting for the winners.

Can I vote for my faves?

There is one category where fans can vote for their favorites. Vote here for the BET Awards 2021 Viewer’s Choice. This year’s nominees are competing for favorite song.

Who will be performing?

Will there be any honorary awards?

Queen Latifah will be celebrated with the Lifetime Achievement Award for her dual careers as a musician and actress.