How to pay attention to the “pink flags” in your relationships 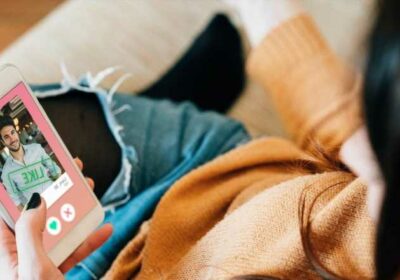 “Pink flags” are the latest thing for us to navigate in the modern dating minefield. But what are they, and do they need to be avoided?

While we may all have a different ‘type’ or personality trait we consider desirable, one thing we can likely agree on is that modern dating is a minefield.

From the warning signs of bread-crumbing to avoiding the dreaded podcast bro, it feels like we’re constantly being told what and who to be wary of. Even being “too kind” can hurt a potential relationship.

It’s no wonder, then, that according to the ONS, the number of people choosing the single life in the UK grows steadily every year.

But if you are still in pursuit of a romantic partnership, you’ll probably be aware of the green flags to look out for, and corresponding red flags to steer well clear of. But have you heard of pink flags?

Put simply, pink flags are behaviour indicators that sometimes seem like a red flag until you actually get to know the person and reasons behind them.

Allow us to explain.

What are pink flags?

According to Ness Cooper, clinical sexologist and a sex and relationship coach at The Sex Consultant, there are a number of things to look out for when it comes to identifying pink flags in a romantic relationship.

She explains that ‘pink’ flags are “flags that can sometimes seem like a red flag until you actually get to know the person and reasons behind them. It’s where something can feel like a big relationship concern and worry but after communication is actually ok”.

Having a mismatched love language, opposing political views or different values when it comes to family may all be considered pink flags. They could be immediate turn-offs, or something you barely consider in a partner.

What are relationship pink flags?

“Sometimes, when blinded by love, we can easily overlook the more negative aspects of our partners,” says Robert Davies, relationship expert at Condoms.uk.“However, many negative traits which show as an initial red (or ‘pink’) flag might actually be revealing bigger underlying issues.

Davies explains that when it comes to romantic relationships, being friends with their ex and different interests are all ‘pink’ flags to look for.

“While not necessarily deal breakers, these issues could present the start of a wider issue with your partner if not managed in the first appearance of them,” he adds.

They are, however, distinctly different to red flags

Red flag behaviours are often much more serious, and could have consequences that leave a deep emotional impact. While a pink flag may look like a lack of communication or different social habits, red flags include manipulative behaviour, gaslighting and selfishness.

However, do take every flag – red, orange or pink – with a pinch of salt. As Stylist contributor Toni Tone previously pointed out, sometimes looking for the red flags can stop you from noticing the ‘green flags’ (ie the positive things that make someone a good partner) in your relationship.

Pink flags can occur in platonic relationships, too.

If you’re starting to feel like a friendship is becoming one-sided, it might be worth considering what pink flags are being exhibited.

These can most likely be fixed by open and honest communication. If you feel like your friend doesn’t make enough time for you anymore, try arranging some quality time to reset the friendship.

Despite what the compatibility tests of the early 00s may have told us, there really is no such thing as 100% harmony in any kind of partnership.

“Every relationship has some struggles, and most of those are mismatches which is primarily what ‘pink’ flags are,” adds Rach Wilson, entrepreneurs’ relationship coach at Divine Relating.

“But the key is that some of these are manageable and you can find a way to navigate it without any major sacrifice to yourself. However, if you find yourself unable to get around it, it could be a reason to move on from the relationship”.