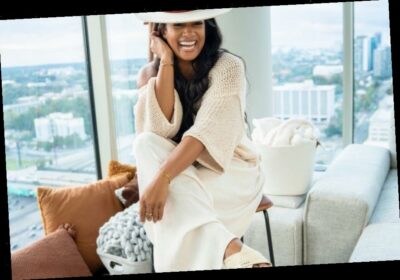 Crystal Hayslett is the personification of a multi-hyphenate talent. From her start on Capitol Hill to becoming a stylist at Tyler Perry Studios, and ultimately landing her current role as an actress on the BET hit show Sistas, Hayslett carves her own path wherever she goes.

Starring as Fatima, a headstrong, keeps-it-real, confident paralegal, Hayslett brings her real-life energy to her on-screen character. Though she is the breakout star of the series, she is no stranger to the industry. Having gotten her start behind the scenes as a stylist and costume designer, Hayslett spent years watching and learning from Tyler Perry himself and other actresses at Tyler Perry Studios.

A believer in “staying ready so you don’t have to get ready,” when the opportunity arose for the Tenessee native to step into the limelight, she did so with fervor and a magnetic energy that took Fatima from a small role in the show to a series regular.

Hayslett spoke to ESSENCE about what we can expect during the return of Sistas in Season 2, the power of manifestation, and the importance of living life as an adventure.

You’ve had quite an amazing story- going from a stylist at Tyler Perry Studios to a cast member in Sistas. Give us a quick run through that journey.

CRYSTAL HAYSLETT: Right after college I worked on Capitol Hill for a little while, but ultimately it just wasn’t for me. Politics wasn’t my passion, and I’m such a creative, so in 2009 I left DC and moved to Atlanta to pursue music and acting. Music went pretty well for me at first. but I started hitting roadblocks– trouble finding a good production team, trying to get closer to a deal, etcetera.

I was performing and doing shows around the city, and my friend, who was my stylist, was complimenting me on my fashion sense. She encouraged me to seek out a stylist opportunity. I landed a job at Tyler Perry Studios(TPS) as a stylist (and later as a costume designer). Even though I had acting in mind, I stopped going on auditions and never auditioned for anything at TPS. I was working as a stylist and consultant for seven years for Tyler before the character of Fatima came about at Sistas. It was a full-circle moment for me.

How did that opportunity arise for you? Did you finally express interest in acting to Tyler [Perry]?

HAYSLETT: I never told him I wanted to act until 2019. He didn’t even know that I wanted to act. Even when Sistas was birthed I was just consulting and producing, Fatima wasn’t even a character in the show. But I told him and showed him what I could do and he made a part for me. A small part at first, but I was ready and brought my all and now Fatima is a series regular. Even though I didn’t take on acting roles while I was a stylist, I was studying the actors on set. I was a continual student of the game so to speak. 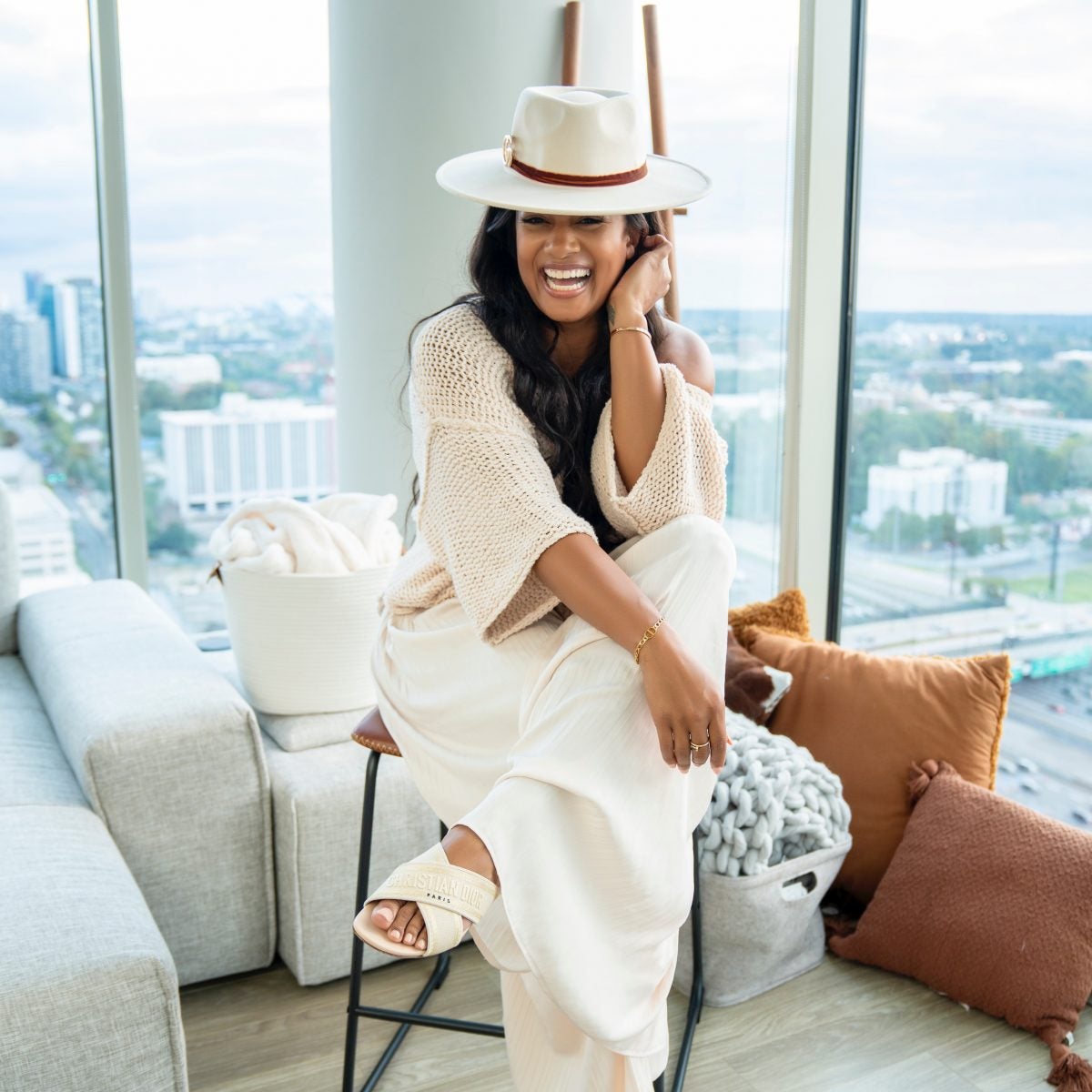 You had to stay ready so you didn’t have to get ready?

HAYSLETT: Definitely! It’s seven years from the time I moved to Atlanta to me getting the part on Sistas. But I feel like that’s the part a lot of people don’t see is all the years of questioning myself, wondering if I should give up on acting altogether and just focus on styling, wondering if I was good enough. I tell people to stay the course on whatever it is you really want to do but don’t force anything. When it’s your time things will fall in line and it will happen fast- stay ready!

What’s the energy like at Tyler Perry Studios? To be able to go from a stylist to an actress at a Studio seems like there’s a ton of support for fostering growth.

HAYSLETT: I will tell you, it’s a big family. There’s people that I’ve worked with and grown with my entire time there. Some of us started off behind the scenes– styling, filing papers, and to see us now doing the things we said we were going to do has been crazy and exciting. We’re a very close-knit family. It is truly a place where “dreams believe.”

“A Place Where Even Dreams Believe” is the motto at Tyler Perry Studios and I remember seeing that and it really resonated with me. I felt like I was in this magical place. So many people there grow and go on to do amazing things.

What has it been like bringing Fatima more to life this season?

HAYSLETT: It’s been amazing. Last season I didn’t really know what the voice of Fatima was going to be, as she was such a small role. But in season two she really came to life and this season you get to see even more of who Fatima is personally. You’ll get some back story, see what she’s been through, and get to know her more. She also gets a love interest this season that I’m excited about. It’s fun because Fatima was kind of based on who I am as a person, so it’s been amazing to bring parts of myself and my energy to Fatima’s character. Fatima keeps it for real, for real and that’s also how I am in real life.

Since Fatima is loosely based on your experiences and personality, how do you think Fatima would’ve handled the insurrection on Capitol Hill?

HAYSLETT: Let me tell you Fatima would’ve been going off about it on Twitter and everything, documenting the whole ordeal. For me, it was crazy to see since I worked there. I know those hallways, I’ve been in the Chambers, and so to see that happening was very hard to watch. But I think Fatima would’ve been speaking out and standing up for the injustice, which is what I did during my time on The Hill as well.

HAYSLETT: Short lived, but I did learn a lot about politics and how laws and policies are made. I also learned about how things can be more than what they seem on the surface — a bill could have riders and it’s important to pay attention to those things. It always made me happy to see politicians doing the right thing and not backing down when it came to those types of things. I would sometimes get emotional at how certain policies affected certain people, but I think that’s fine. It made me remember that there are real people on both sides- both the people affected by the actions on The Hill and the people who have to make the tough decisions and fight for justice and what’s right.

HAYSLETT: For sure. I’ve been more diligent about checking on my people, but being mindful that everyone is dealing with everything in a different way. For me, being indoors more, I’ve picked up old and new hobbies. I’ve tapped into things I always wanted to try my hand at but didn’t have time for, like tennis (I think I’m Serena). I also have been cooking more, and have started filming cooking videos. I’ve done some IGTVs, Lives, and YouTube. I’m actually taking my cooking up a notch and have some fun projects on the way in 2021, so that’s exciting. Most of my meals are plant based. I had some issues and my doctor recommended changing my eating habits so I did and it worked. I want to share that with others and give them ideas on how to incorporate healthier eating into their lifestyle. But aside from that it’s also helped me with my creative chops- filming and editing my own material. So I’m excited to share more of that. 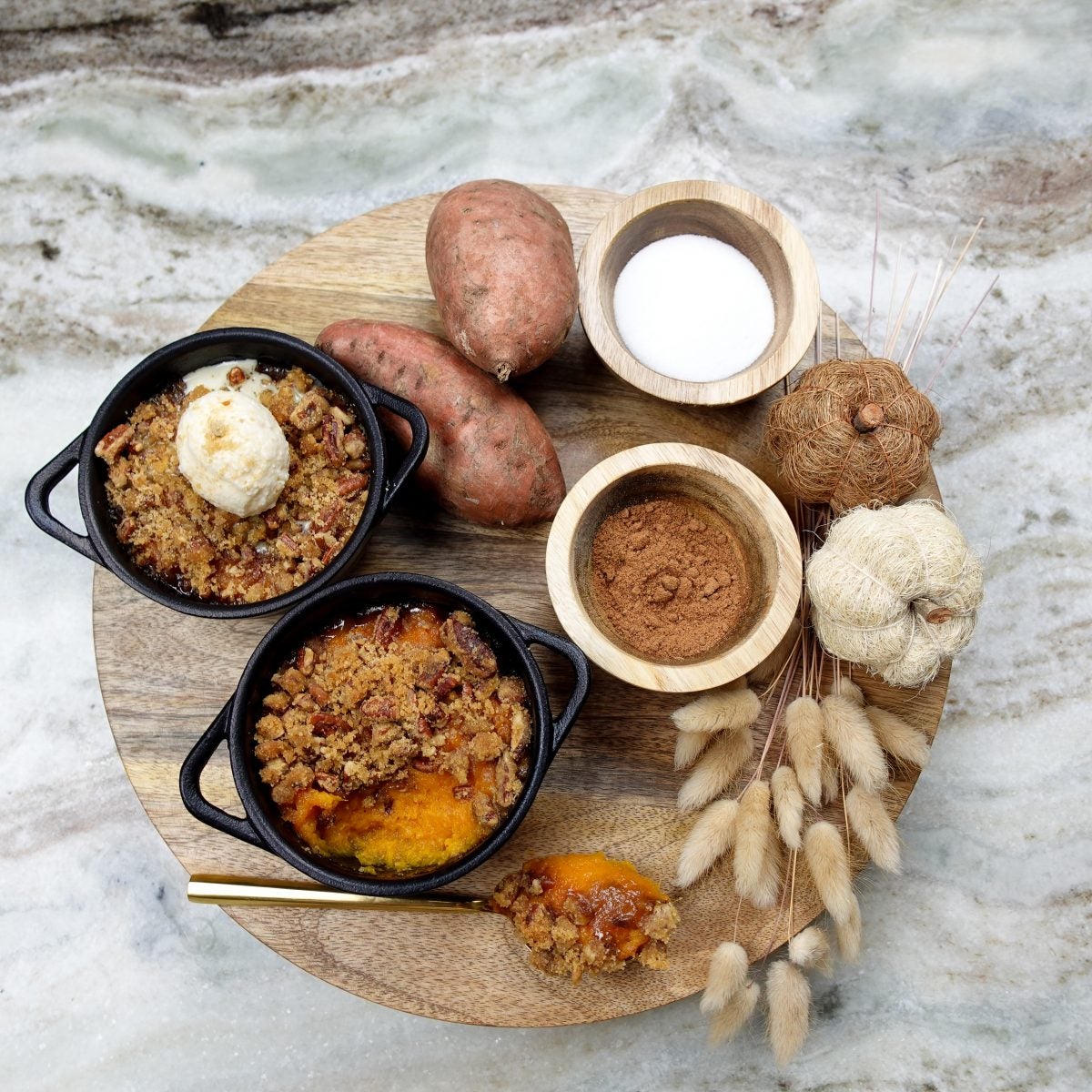 You try your hand at a lot of different things!

HAYSLETT: I always have. My feeling is that if you want to try something, just give it a shot. Even if you don’t love or want to be an expert, I think there’s nothing wrong with trying new things just for the sake of trying it. Whether it’s a small hobby or workout, or even trying to start a business, just give it a shot! You never know, you may love it. And even if you don’t, at least you tried.

What are you most excited about for this year?

I did a a manifestation exercise this year called the Envelope Method. How it works is you write a letter to yourself to read at the end of the year. You write the letter as though all of your dreams and visions came true. I congratulated myself on starting certain projects, finishing things I’ve been working on, and for making the changes I want to make. As I was writing this letter to myself I was inspired. It lit a fire under me to get these things done. It was just a different way of manifesting outside of a vision board or journal. This was the first year I’ve tried it and already I’ve been accomplishing things in the letter. Having something like that to look forward to reading at the end of the year and be proud of is all the inspiration I need. I can’t wait to read it and look back and be proud of what I’ve accomplished.

Catch Hayselett resuming her role as Fatima on the Season 2 return of “Sistas” on BET on January 27th, and follow her for behind the scenes and cooking recipes here.