Home » Lifestyle » How much the Gogglebox stars earn, how long they film for and how to apply for the show

How much the Gogglebox stars earn, how long they film for and how to apply for the show 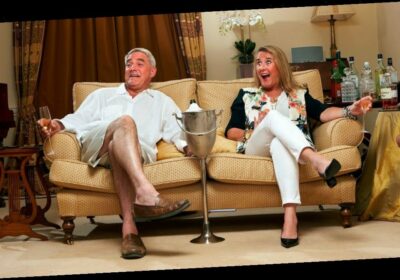 Hit show Gogglebox never fails to put a smile on the faces of those tuning in, and, over the time it’s been on, we’ve come to know many different people on many different sofas.

From laughter to tears, we’ve watched the likes of Abbie and Georgia, the Siddiqui family, the Sandiford’s and more, as they experience TV shows.

But how much do the stars of the hit show earn, and how can you land yourself on the Gogglebox sofa? Here’s what you need to know…

How much do the stars of Gogglebox earn?

Channel 4 has never confirmed how much the families on Gogglebox make, but an insider once told The Sun that each family get a monthly allowance of £1,500 between them.

In addition, the stars of the show are provided with a free takeaway of their choice while they sit down and tune into TV.

The families on the hit show are required to watch 12 hours of TV per week for the show, which is split into two six-hourt shifts.

This then allows the famous faces of the show to continue with their day jobs, and work around filming.

How can you apply to be on Gogglebox?

While it’s not known if Gogglebox are taking on new families right now, in the past participants have got in touch with show producers Studio Lambert by emailing [email protected]

It’s believed many of the stars were approached by casting directors, with the production company saying they looked for families or friends with “strong and entertaining” views and opinions on topics.

It was recently reported that Gogglebox sisters Ellie and Izzi Warner could top the Gogglebox rich list by posting sponsored Instagram posts.

The hilarious duo, who have been starring on the popular show since 2015, could be making a whopping £1,137.64 per post on the social media platform, according to new research by upUgo.

The company looked into the sisters' Instagram follower counts to estimate how much they could be making. Analysing the follower count, value per post, and post frequency, the total added up to an impressive six-figure income.

If Ellie, 30, and 25 year old Izzi decided to combine their potential earnings, they could make £607,017 a year by posting once a day.

Even if the pair just posted once per week, they would still make an eye-watering earning, bringing in an impressive £96,000 a year, which is the average salary of a company director.

Elie is followed by 202,000 people on her Instagram while Izzie has an impressive 185,000 followers. The duo are thought to earn £45,000 between them as Ellie is a hairdresser and mum-of-two Izzi is a nail technician.