How Khloe Kardashian Sees Tristan Thompson Ahead of Baby No. 2, New Romance 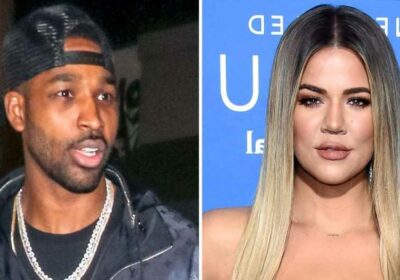 Done for good this time. Khloé Kardashian and Tristan Thompson are expecting their second child together via surrogate, but it seems there’s no hope of them rekindling their romantic relationship.

“Tristan has realized that he’s a parental figure to True and the new baby [and] that’s all he is to Khloé right now,” an insider told Us Weekly on Thursday, July 14, after a rep for Kardashian, 38, confirmed that baby No. 2 is on the way.

Although the rep said the Strong Looks Better Naked author is “incredibly grateful to the extraordinary surrogate for such a beautiful blessing,” her and Thompson’s relationship since deciding to have another child has been rocky.

“[Tristan] went through finding a surrogate and all that while he was cheating on [Khloé ] and that’s unforgivable to her,” a source exclusively told Us on Thursday, July 14. The source continued, “There’s no place in her mind that wants to take Tristan back, she is really done with him romantically this time.”

The source was referring to the 31-year-old NBA player’s affair with fitness model Maralee Nichols and his ensuing paternity scandal. In December 2021, one month after Thompson and Kardashian’s surrogate became pregnant with their child, Nichols sued the Chicago Bulls player for child support, claiming he was the father of her then-newborn child, Theo.

A paternity test confirmed that Thompson was indeed the father in January, and he issued a public apology to the Kardashians star.

Thompson also mentioned in the post that he was looking forward to “amicably” raising his son with Nichols, but the coparents have had their disagreements over child support and more as he has yet to meet baby Theo.

“Tristan keeps delaying court appearances and has been doing everything he can to avoid a face-off with Maralee in court,” an insider exclusively told Us in June.

The source added that the power forward “just wants this to quietly go away and for it to be resolved without him having to pay a lot in child support.” Kardashian opened up about her ex’s infidelity during a June episode of The Kardashians.

“I am not sure that there is one thing that hurts more than the other in a situation like this. Everything is an act of betrayal. Everything is a lie. Everything is manipulation [and] it is deceit,” she said during a confessional interview. “Did Tristan have every opportunity to tell me? Yes. Was Tristan going to tell me if there wasn’t a baby involved? Absolutely not. And that shows a lot about his character. The entire thing is despicable.”