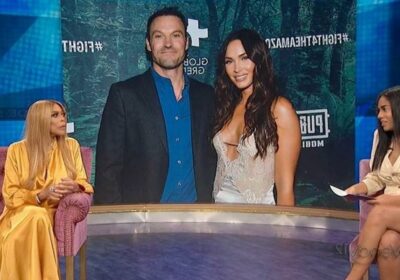 Sharon Carpenter isn’t 100 percent sure, but the journalist and producer suspects that she contracted COVID-19 while covering NBA All-Star Weekend in Chicago in February 2020. At that time, people were still going about life as normal.

“I remember feeling kind of under the weather while I was out there, but I pushed through,” she tells ESSENCE. “I thought, ‘Ok, maybe I have a cold coming on. It’s that time of year.’ Didn’t think it was really a big deal.”

But upon returning to NYC, what at one time didn’t feel like an issue became a problem. Her temperature shot up, fluctuating for days. She was also lethargic, at one point sleeping in 12-hour spans. And then there was the cough.

“It was a cough that lasted four months,” she says. “And the scariest thing about it was that it was a very persistent cough.”

Though her doctor initially ruled out anything serious, even when she asked about the virus, as more information about it came out, there was no denying she had had it.

“One of my symptoms was losing my sense of taste and smell,” she says. “I thought oh my goodness, I had it. In June, I got an antibody test and I knew officially I had it.”

Despite that scary reality, she was glad to know she survived the deadly virus and came out seemingly unscathed.

“Once I found out I had it I thought, ‘Good! I made it through!’ It didn’t really occur to me that I was going to be dealing with ongoing symptoms and the aftermath of long-haul symptoms of COVID.”

Months later, she found herself with severe bouts of vertigo, the kind that made her feel like she was going to be ill. On top of that, she was forgetting important things, from basic words to points she was making mid-conversation. An intense work schedule seemed to make things worse.

Things came to a head when she appeared on The Wendy Williams Show to do the Inside Scoop segment last November. Sharon, known for always being as prepared as possible when sharing a story found herself stumbling on national television.

“I got started, and right when I kicked things off, I knew there was a big issue,” she says. “I couldn’t remember names. I was clamoring for the information, which I’d known so well.”

She adds, “I could barely string two words together.”

It was noticeable enough that Wendy was trying to help jog her memory. She calls the experience “horrible” for her.

“My brain was not functioning.”

Sharon hasn’t watched that moment for herself because it’s difficult for her to relive, but she did walk away from the experience seeking answers. She did a search online of “brain fog and COVID” and found that many people have dealt with it after recovering from the virus. She also realized that vertigo is something she experienced in the past during occasions when she was more stressed than normal. Sharon, who hadn’t been slowing down when it came to work, even during a depressing global pandemic, was more stressed than ever. She’d been using work to avoid whatever was weighing on her.

“I’ve always been one to put mental health to the back of my head,” she says. “If I’m dealing with something then the way I’m going to handle it is to throw myself into what is in front of me. Be as productive as possible.”

But time and COVID changed things. Her body and mind were trying to tell her that something was wrong, and after the disappointment of melting down on Wendy, she was ready to listen to it. She went to the neurologist and was advised to increase her vitamin D levels, which play into memory and brain function. She’s also working on her mental health, leaving behind her penchant to dive into work when going through things. She’s been traveling, enjoying the benefits of unwinding and spending time connecting with loved ones abroad. Prioritizing mental wellness and peace has helped her feel better than she has in a long time and quelled her symptoms rather than exacerbate them.

“Mental health can be stigmatized,” she says. “It’s getting less and less that way the more we speak about it, but I don’t know one person who wasn’t mentally and emotionally affected by COVID.”

That includes Sharon’s former The Gossip Game co-star and This Is Us screenwriter Jas Waters, whose suicide shocked the entertainment industry last summer.

“I was so completely shocked when I found out the news. Absolutely devastated,” she says. “Jas was just somebody who was such a bright spot whenever you’re around her. Just incredibly talented! I was really really proud of what she’d accomplished. But it makes you realize that you think, ‘This person is one of the strong ones. They’re good. No matter what’s going on, they’ve always got themselves together. They’re gonna be good.’ Then you tend to not check up on those people as much.”

She adds, “It was a wake-up call in terms of staying connected to people.”

After experiencing so many wake-up calls since last year, Sharon is healthy, happy and sharp again. That’s allowed her to get back to on-camera work, not letting that Wendy moment get the best of her confidence so that she can be the engaging journalist everyone is used to seeing on their TV screens. She’s glad to be back.

“Even when you fall and it can be the most humiliating situation, you still pick yourself back up,” she says. “Dust yourself off and get back out there.”