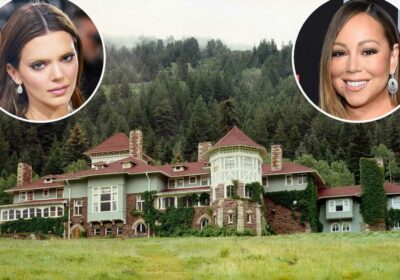 The owners of the luxury St. Regis in Aspen — which has become an even bigger hotspot for New Yorkers during the pandemic — have bought a historic castle.

Global financier and Chef’s Club owner Stephane De Baets and wife Sabrina – a former hospitality executive with André Balazs’ group of hotels – have purchased Redstone Castle, 40 minutes outside of Aspen, for $11.975 million with plans to turn it into a destination spa.

The 25,127 square foot castle was built in 1902 by coal and fuel magnate John Cleveland Osgood, one of the richest men at the time and known as a robber baron. It was visited by such illustrious guests as John D. Rockefeller, J. Pierpont Morgan and Teddy Roosevelt.

The pair plan to hold retreats and eventually turn the space into a world-class spa with Thailand-based luxury RAKxa Wellness.

“What we have seen with COVID and technology, people need a place to get off their screens and rest and reset,” De Baets told the Aspen Times.

“We would organize a mediation week, a yoga week, and you would go there with a purpose.”

Aspen has become the go-to winter destination for celebrities like Kendall Jenner, Kate Hudson, the Kennedys and the Winklevoss twins. It’s also long been a favorite vacation spot for Mariah Carey.

The five-star, five-diamond hotel Little Nell also drew big names with Aspen X, which had lounge chairs set up on a mountain.