Not since Lindy Chamberlain lost her baby to a dingo at Uluru 40 years ago has a criminal case polarised the community as Cardinal George Pell’s arrest, conviction and acquittal.

Both camps say Pell has been treated differently. His supporters say he was targeted because he was a high profile Catholic while his detractors believe his perceived power influenced the seven judges at the High Court to quash his conviction. 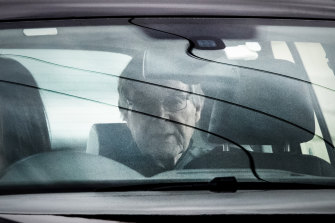 The High Court found that on the evidence put to the jury it should have found there was reasonable doubt. It did not find that Pell didn’t do it, nor that the complainant was a liar. It found there was sufficient doubt to demand an acquittal.

To overturn a jury decision is a huge call as it is the basis of the trial system. To do so means the High Court found the conviction a massive miscarriage of justice that had to be righted.

This was not one man’s word against another. In a criminal trial the allegation must be proved and without compelling corroboration it is simply impossible.

And that is the system. All crimes, no matter how heinous, are treated equally. Terrorism is an international scourge. So, do we drop the evidentiary bar there? Make it 70 per cent sure rather than really sure. Or better yet, don’t have any trials at all.

In the court of public opinion Pell would get life, which is why judges are appointed and not elected – to do their job without being swayed by external noise.

Pell presided over a church that failed dismally to protect the vulnerable, covered up crimes and shifted paedophile priests to areas where they could continue to offend. Internationally the Catholic Church destroyed the lives of thousands of its own follows. If there is a God, then they will be called to account.

None of that is remotely relevant to whether Pell molested two boys (one who has since died) 24 years ago.

Between the accuser's version and the accused’s version is the no-man’s land that is reasonable doubt. The prosecution must find evidence other than the complainant’s testimony to prove guilt. In the Pell case it did not exist.

The police record on these cases is lamentable. For many years rather than do their job there was a key group of senior police who actively sabotaged prosecutions against priests and tried to destroy the careers of the officers brave enough to stand up to them.

In recent years there has been a shift. Police are told they should believe complainants in sex crimes, particularly historical ones. These days they have a joint welfare and investigatory role.

Sometimes that can come at the cost of objectivity.

Surely a prosecution can only be justified when three measures are met: 1) Was there a crime? 2) Do we know the identity of the offender? And 3) Can we prove it?

The standard has always been, is a conviction more likely than not? The standard has never been that the victim has a right to their day in court, or let’s give it a run and see how it goes.

The trouble with these sort of cases is there are always problems. A lack of corroboration, forensic proof and accurate memories.

Sometimes that can be overcome by finding multiple victims that establish a pattern. In the Pell case there was only one who could give evidence.

In a bid to find justice for victims who have been ignored we risk damaging the very system we trust to deliver it.

There is pressure to leave it to the courts rather than say to a victim, “I believe you, but we just don’t have the evidence.”

This is a two-tiered justice system where sex crimes are treated differently. There are plenty of murder cases where police are convinced, they know the identity of the killer but lack corroboration and charges are not laid. Who decided that sex crimes are different?

Prosecutions have been launched in historic sex crimes without compelling corroboration. Tuesday's quashing of Pell’s conviction may bring an end to those sort of cases.

The High Court decision will be deeply unpopular to many and devastating to the many victims of the Catholic Church.

But it was the right one.