Home » Lifestyle » Here we go again: Your thoughts on lockdown 3.0

Here we go again: Your thoughts on lockdown 3.0 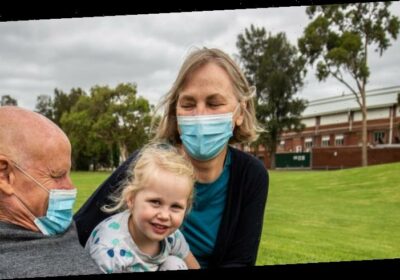 It’s the second morning of Melbourne’s lockdown 3.0 and Julie Denman and partner Kel Boynton agree the mood of the city is subdued. “I won’t go near the CBD anymore, it’s so depressing,” Mr Boynton says.

The couple was among hundreds of Melburnians who flocked to Princes Park in Carlton North on Sunday morning for their permitted two hours of daily exercise, with Ms Denman’s three-year-old granddaughter May gambolling on the grassy hill.

Like a number of the people The Age spoke with on Sunday, they are exasperated by the hotel quarantine program, which has again led to a COVID-19 outbreak. 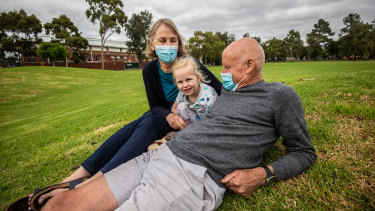 Julie Denman with her granddaughter May and partner Kel BoyntonCredit:Scott McNaughton

“You would have thought after a long time of lockdown we would have got hotel quarantine right but we haven’t,” Ms Denman says. “And they keep telling us they are better with contact tracing but they seem to panic very quickly.”

But others were more sanguine, especially those with relatives and friends overseas. “I think we have a lot to be grateful for here,” says Zahra Dayoub, who shares a house with a British couple and an Irish flatmate.

Frustration was a common emotion expressed by those who congregated at Princes Park to jog, skate, play with small children (mercifully playgrounds are still open) or stroll with a friend clutching a takeaway coffee.

Although the Victorian government stressed last November it had unveiled a new stronger quarantine program to protect “everything we have built together”, some people expressed a sense of dismay the virus had once again escaped just as life was regaining a semblance of normality.

There was also doubt from some this would all be over by midnight on Wednesday, the official end to the five-day “snap” lockdown designed to deal with an outbreak of the infectious UK strain. 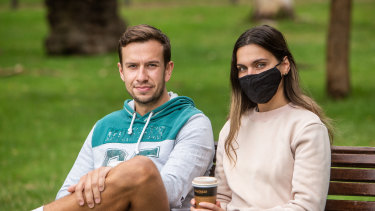 Ms Dayoub, 29, works in human resources and says she has been lucky to be able to work from home during the pandemic. She doesn’t want to catch the virus and says while she would almost certainly survive it, the long term effects are still little known. “When (Premier) Dan (Andrews) does his thing, it’s to protect us.”

But her house mate, Michael Kirwan, 29, who works in finance, is surprised the state has gone into lockdown with so few cases. “I think it’s going to set a dangerous precedent if everytime there are eight, ten, 11 cases, they put the whole state into lockdown,” he says.

He worries about the long-term impact of lockdowns on people’s mental health, on domestic violence and suicide and the economy. “It’s hard to be angry at the government but nobody knows what the trade-off of lockdowns is. In five years time will we say it was crazy locking down all the time?”

Angela Kraushaar was so stressed about Victoria’s snap lockdown she walked out of the house without her teeth in. At least, she says wryly, she is wearing a mask. 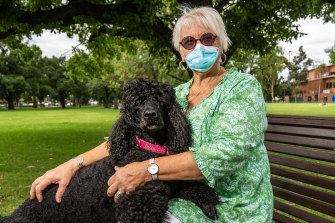 Part of her wanted to stay indoors for five days and nights: “I find it confronting seeing everyone outside wearing masks and the whole fear thing,” says Ms Kraushaar, a nurse with more than 20 years of experience in aged care, disability, mental health and drug and alcohol services.

“It’s hard living in a world where there’s so much fear.”

But Ms Kraushaar’s dog, Bella, needed walking, so she headed for the park, taking a journal with her to make sense of her thoughts.

She too is a critic of the hotel quarantine program: “They should bloody well get quarantine hotels out of the city so it doesn’t impact on people so much,” Ms Kraushaar, 62, says.

There is no single view, but everyone has a view.

Dr Cyrus Westerland was in the park with his jauntily-attired greyhound Lana to meet his friend Matt Hogan. He had not previously been keeping a close eye on the number of cases – “it’s a bit too depressing” – but thought it was good the government reacted so quickly. 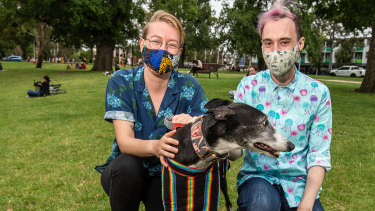 Dr Westerland, a psychiatry registrar, hopes it won’t go on for too long. “The second lockdown caused a lot of distress. People were becoming unwell who had never before experienced mental ill health.”

He says telehealth has been one silver lining. “It has been really good for people who can’t make it out of the house or lose a full day of work. It’s worked significantly better than I would have expected.”

Meanwhile, Ms Denman, before coming to Princes Park with her granddaughter, had been listening to Mary-Louise McLaws on the radio, a professor of epidemiology and adviser to the World Health Organisation, whom the pandemic has turned into a household name.

“She talked so sensibly questioning why it has taken so long to implement things that should have been really obvious a long time ago,” Ms Denman says.

Professor McLaws has long argued for the tightening up of quarantine, including daily rapid antigen testing of quarantine hotel staff and airport staff with close proximity to travellers.

Ms Denman’s partner, Mr Boynton, is a rower and he wonders if the 2021 Australian Henley Regatta – to be held on the Yarra River next weekend – will go ahead. But it’s the restaurateurs and florists, who were preparing for Valentines Day – that the couple feel really sorry for.

“It’s a huge day of the year for them that’s been blown out of the water without warning,” Ms Denman says.