The Great British Baking Show is back, just in time for the fall baking season! Having moved from PBS to Netflix in 2017, this year marks a brand new chapter in how the show airs in the U.S. Netflix has moved to a weekly format. For the first time, fans of the series get to watch the episodes as they air. To celebrate the show’s return, let’s revisit the 20 best Great British Baking Show bakes of all time.

Much like the title change from Bake Off to Baking Show, the season numbering on American Netflix is also different from the original series order. That’s because PBS didn’t start airing the series over here until it moved to BBC One, which in the U.K. was Bake Off Series 5. PBS was so overwhelmed by the success it asked for more right away, which is how Baking Show Season 2 wound up being the previous year’s Bake Off Series 4.

Since then, the seasons have aired in the U.S. in order, first on PBS, then Netflix, but off by three. Bake Off Series 1 & 2 never aired in the states, and therefore are not part of this list. Series 3 is on Netflix under Baking Show: The Beginnings Season 1. (For a full chart of all this, click here.) 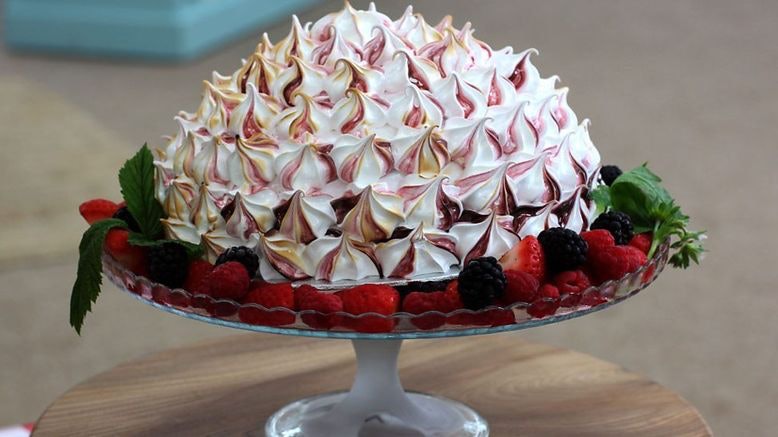 In the first season, Iain stole the show in what became known as "Bingate" when he presented a melted failed Alaska in his waste bin, while Richard took home Star Baker for his Tiramisu Baked Alaska. But the showstopper everyone still remembers is Nancy’s stunning creation.

2. Luis’ George Versus The Dragon 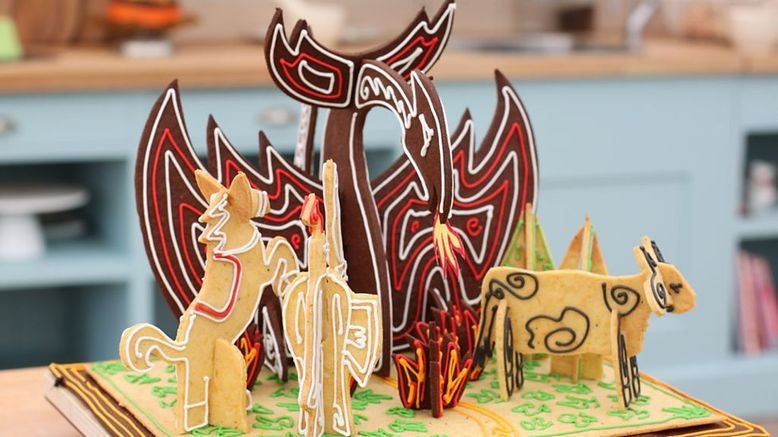 Luis was another finalist in the first season who showed his mettle early. This Game of Thrones-worthy biscuit dragon may not have won the week, but it set Luis on the path to runner-up. 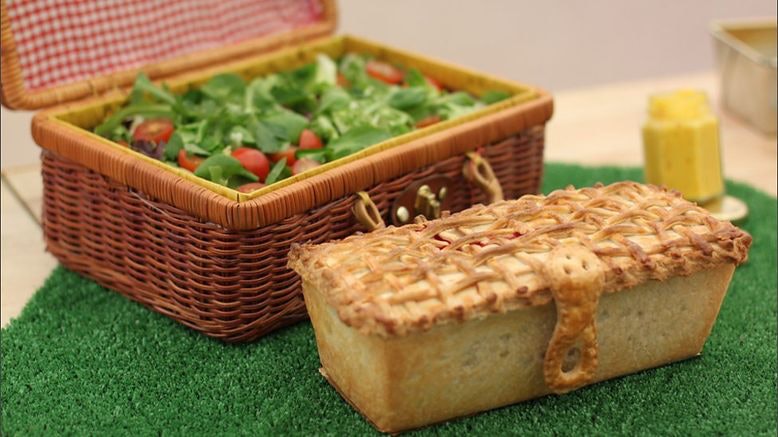 It’s hard to pick from Frances’ whimsical bakes from Season 2, because she seemed to top herself every week. But her Rainbow Picnic Pie from the Finals was the reason she won the season. 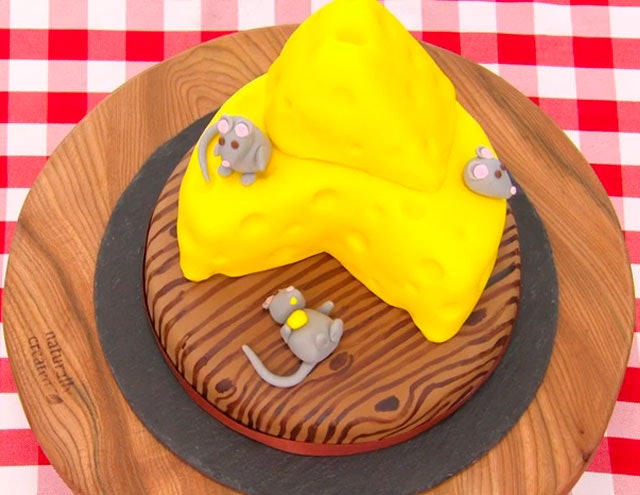 Beca went home in the Semi-Finals, but her highpoint was in the Season 2 Quarter-Final week when Unconventional Ingredients Week drove her to make this Spiced Butternut Squash and Pecan "Cheese" Cake. 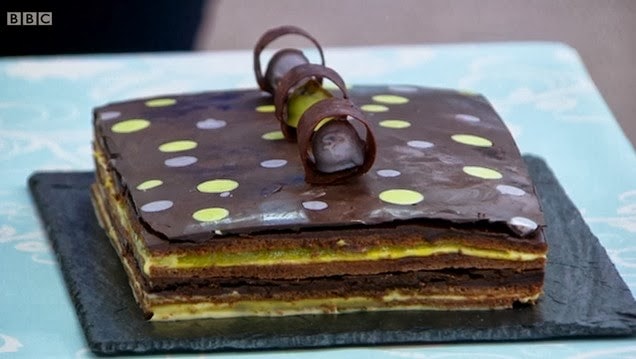 Kimberly was robbed of the win for Season 2, the only time that’s happened on GBBO (IMO). But before her unfortunate crash and burn in the Finals, she turned in this elegant cake in the Semis. 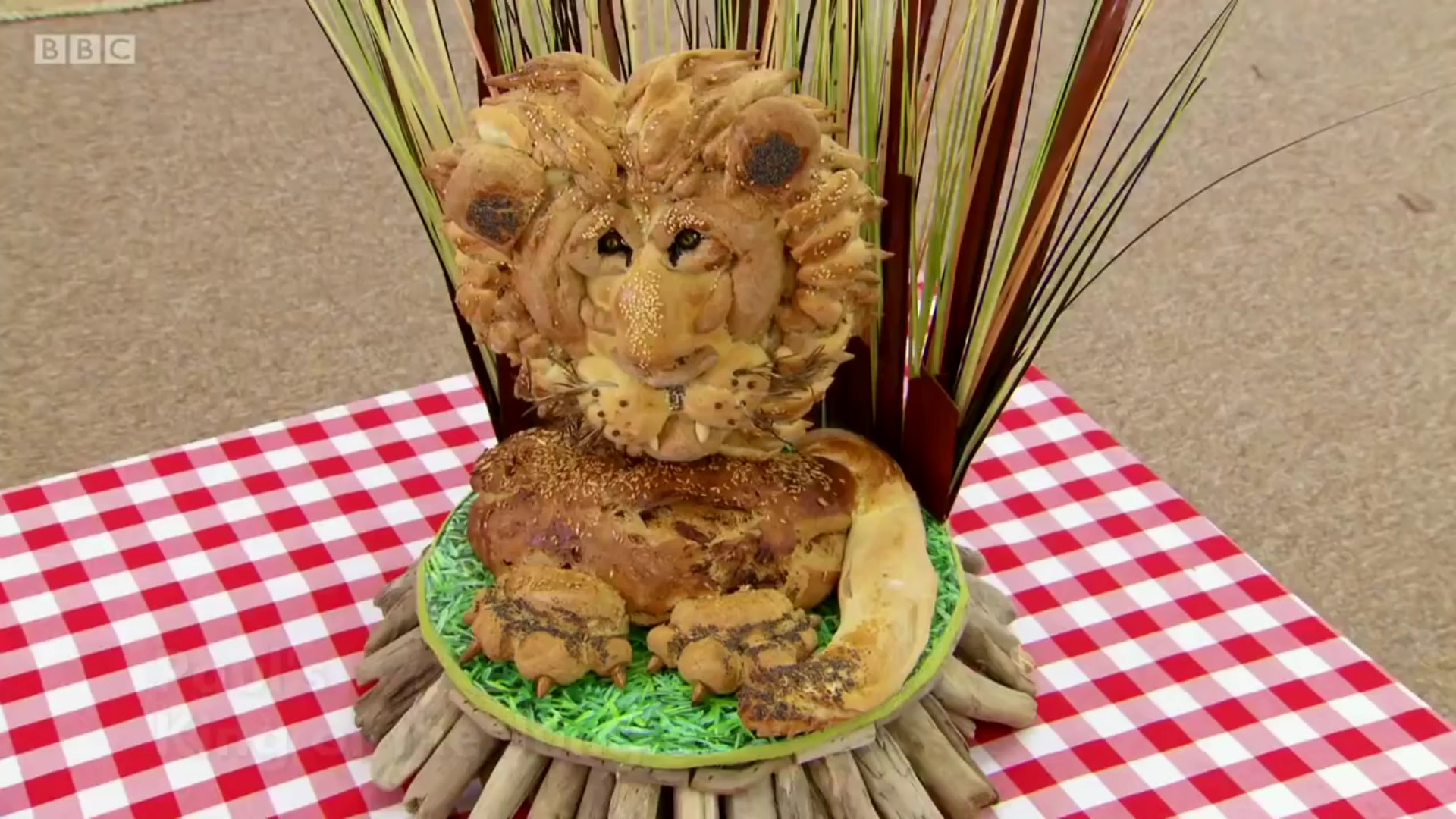 Rarely has Paul Hollywood taken his hat off to anyone on Bread Week, but Season 3 contestant Paul Jagger couldn’t be denied. His lion made entirely of bread is still the gold standard to which everyone aspires. 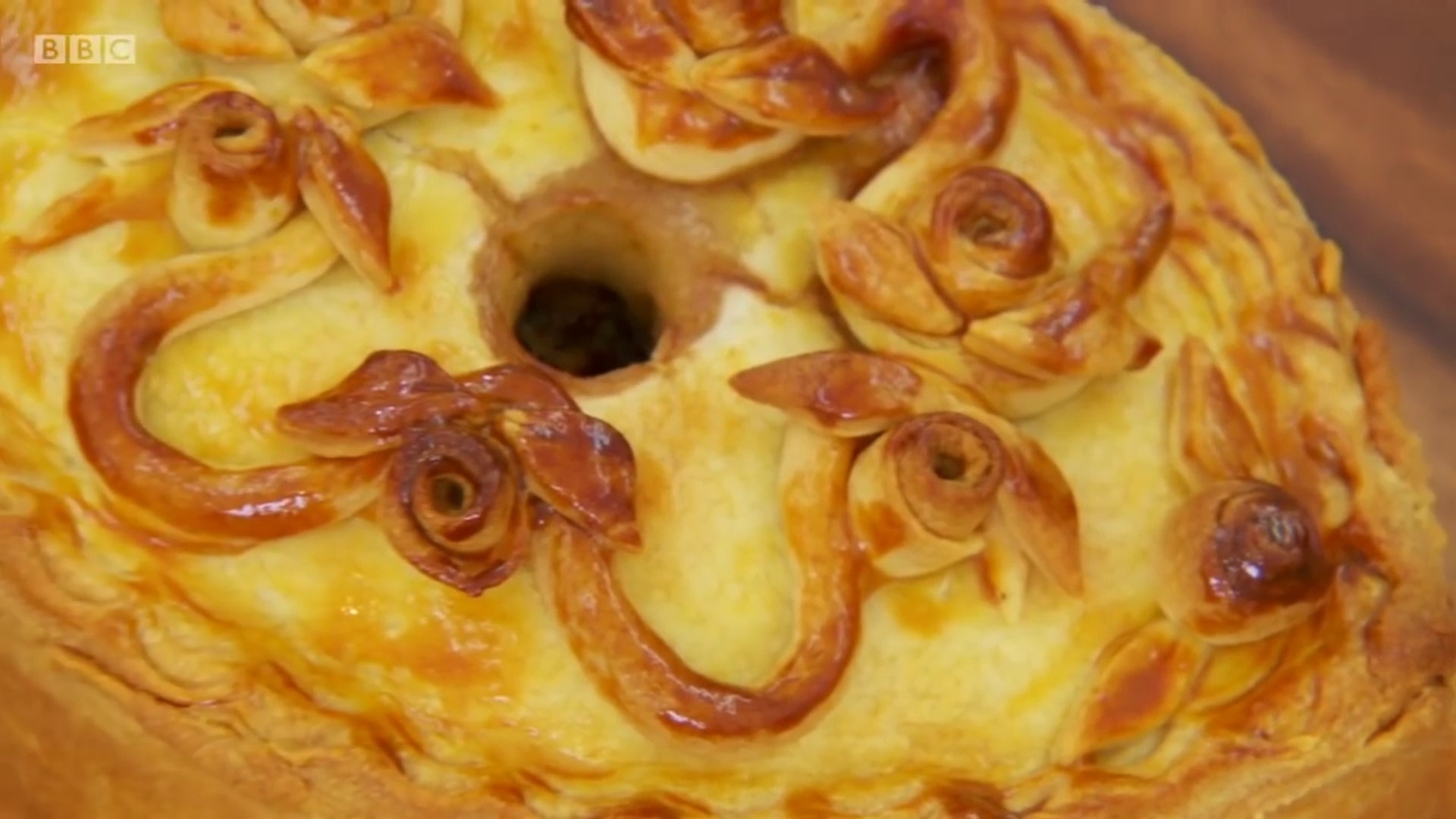 It was a moment where Season 3 crossed over with Antiques Roadshow when Mat brought in a family pie mold that dated back at least a century. The pie may have been a Signature Bake, but the result was a showstopper. 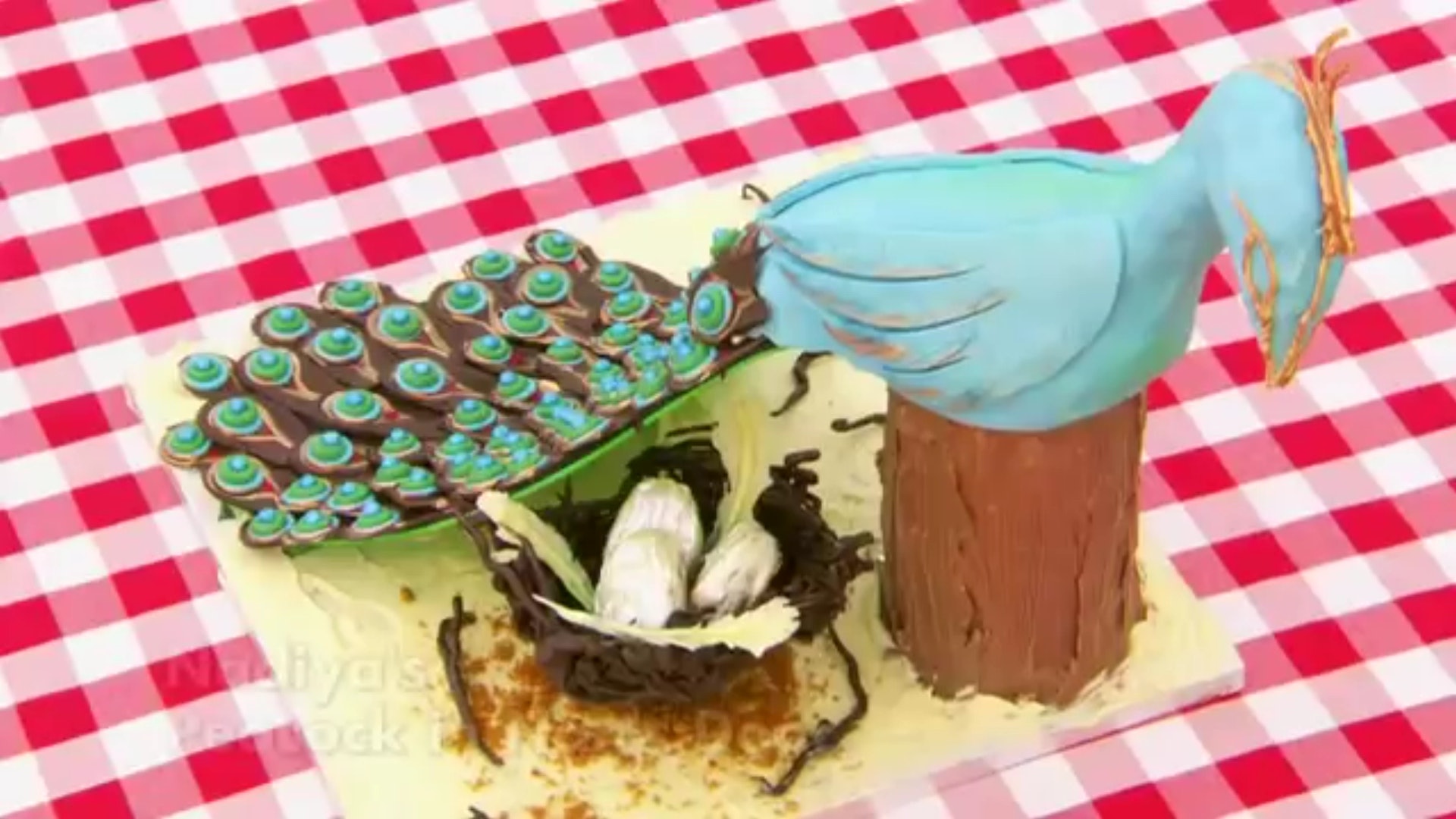 So many Nadiya bakes to pick from, so little space. Her slow climb from the back of the class to the winner of Season 3 was the stuff great reality series are made of. Her win for this chocolate peacock in the Semi-Final made her the one to beat.

9. Nearly All The Spanische Windtorte 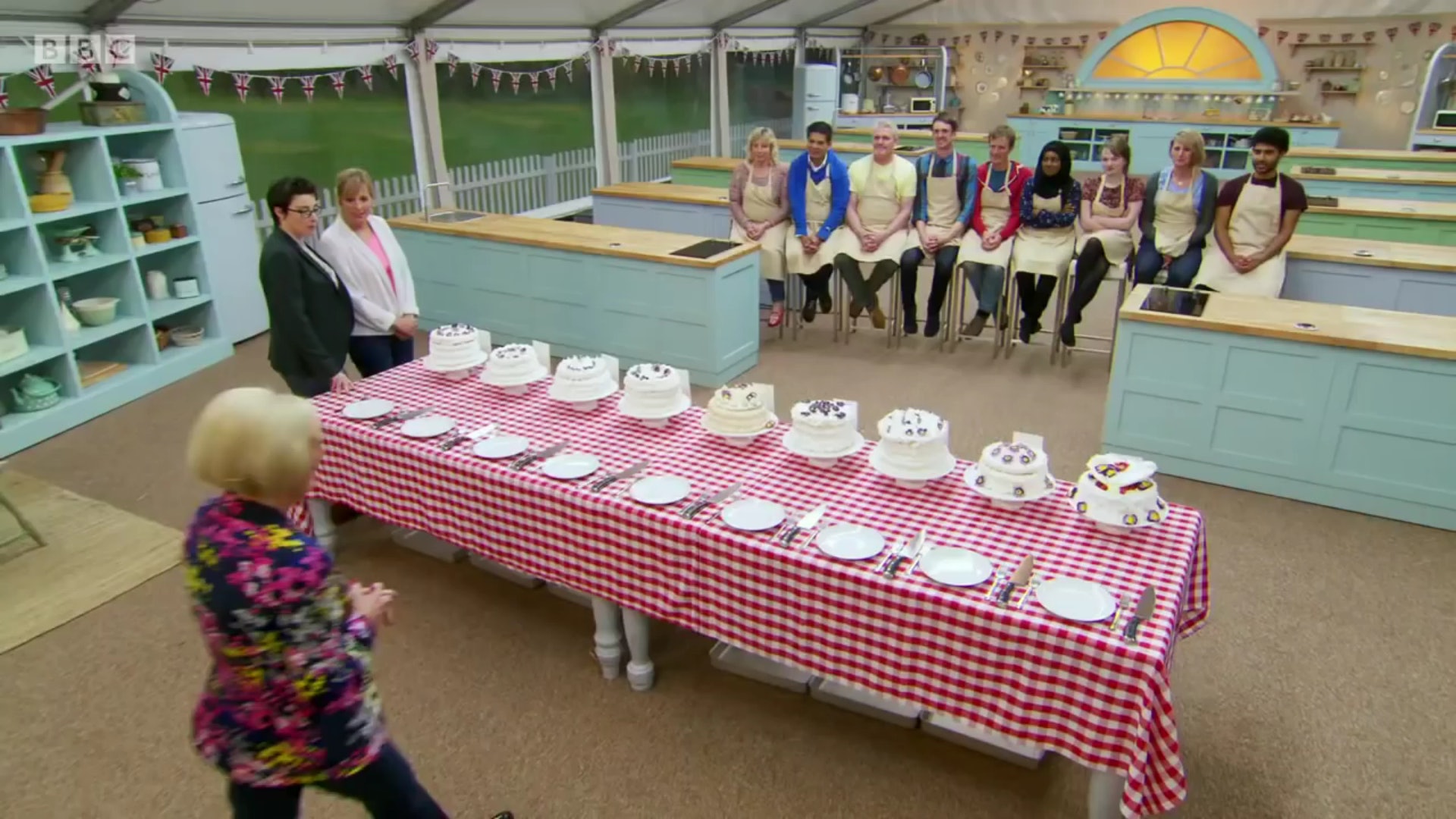 It’s a yummy dessert with a ridiculoubs name. But it spoke to how great the entire cast was in Season 3 that so many of them landed this three-kinds-of-meringue Technical Challenge with flying colors. 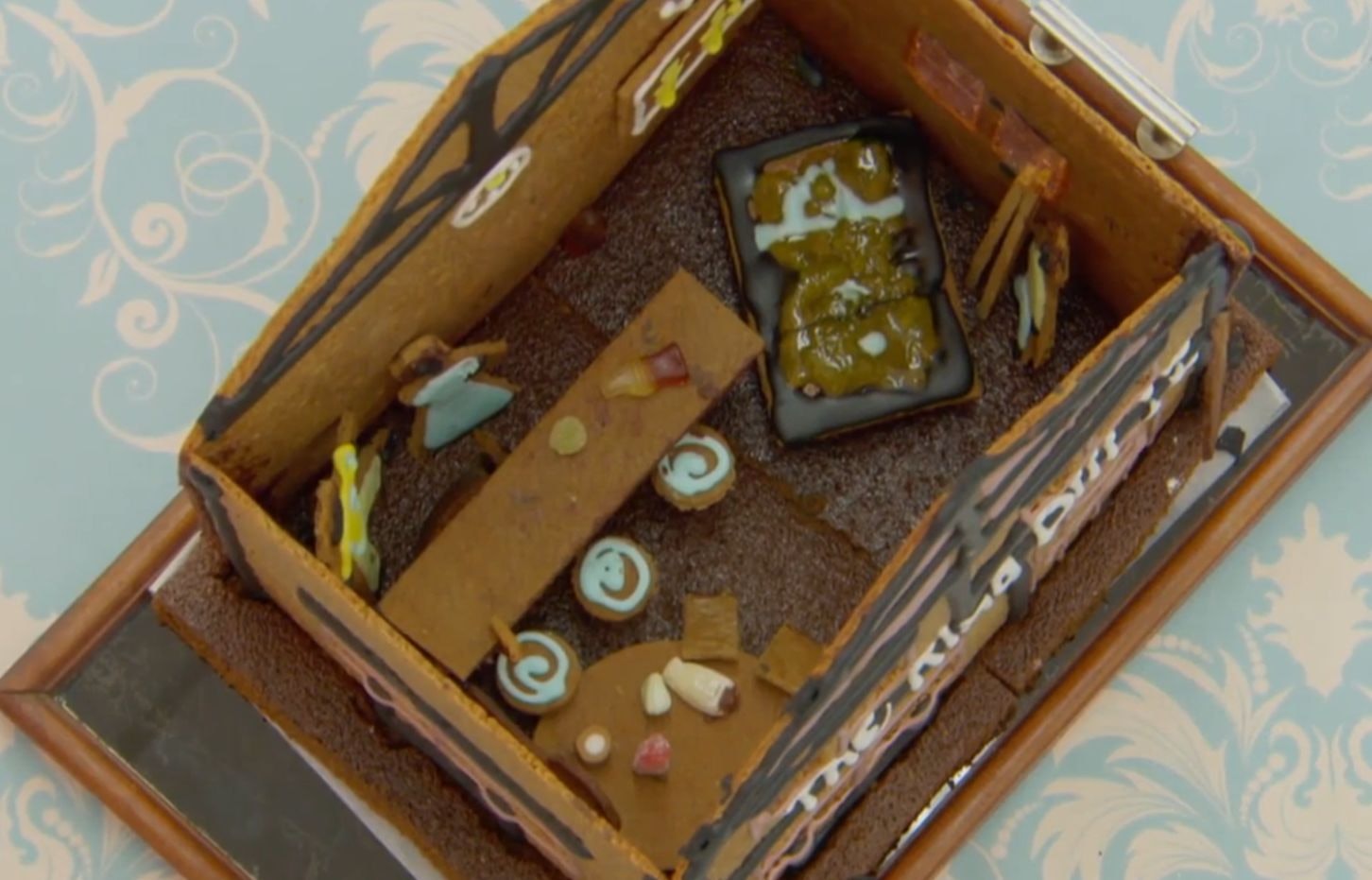 Season 4 winner Candice threw down the gauntlet early on in Biscuit Week when she created a gingerbread pub with an interior worthy of Star Baker. 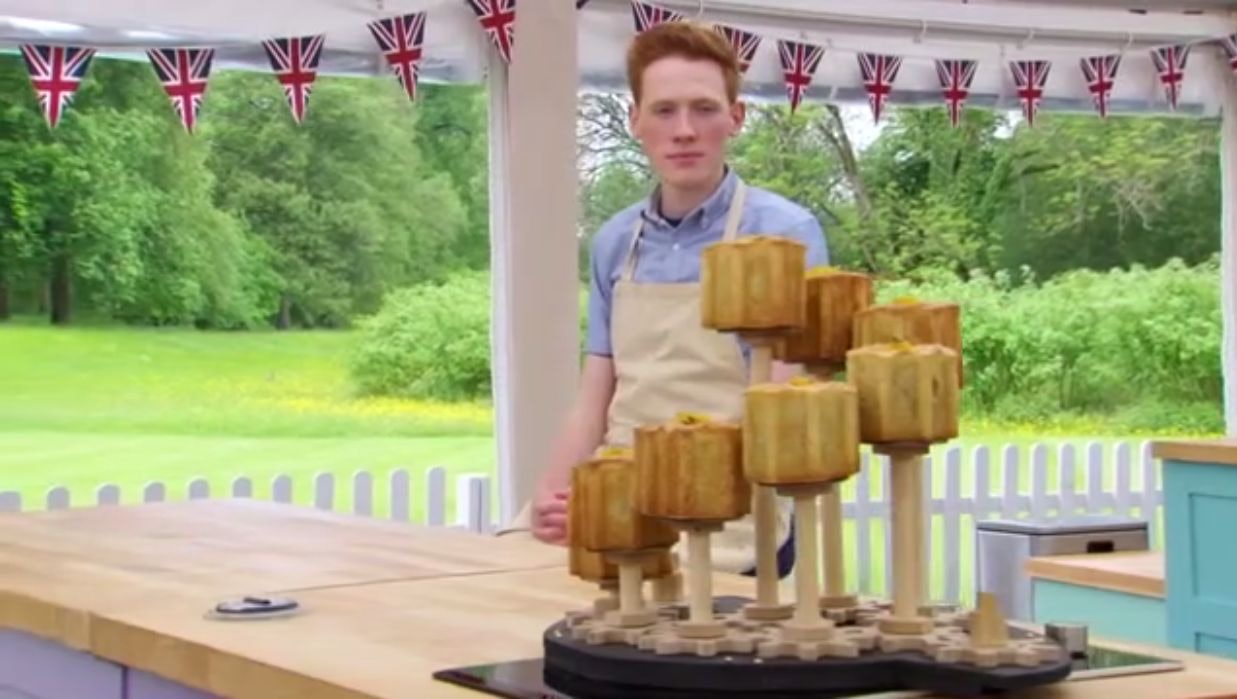 Andrew didn’t just engineer nearly a dozen gear-shaped pies on Tudor Week. When he put them together, the gears actually worked and turned. It was food science at its most delicious. 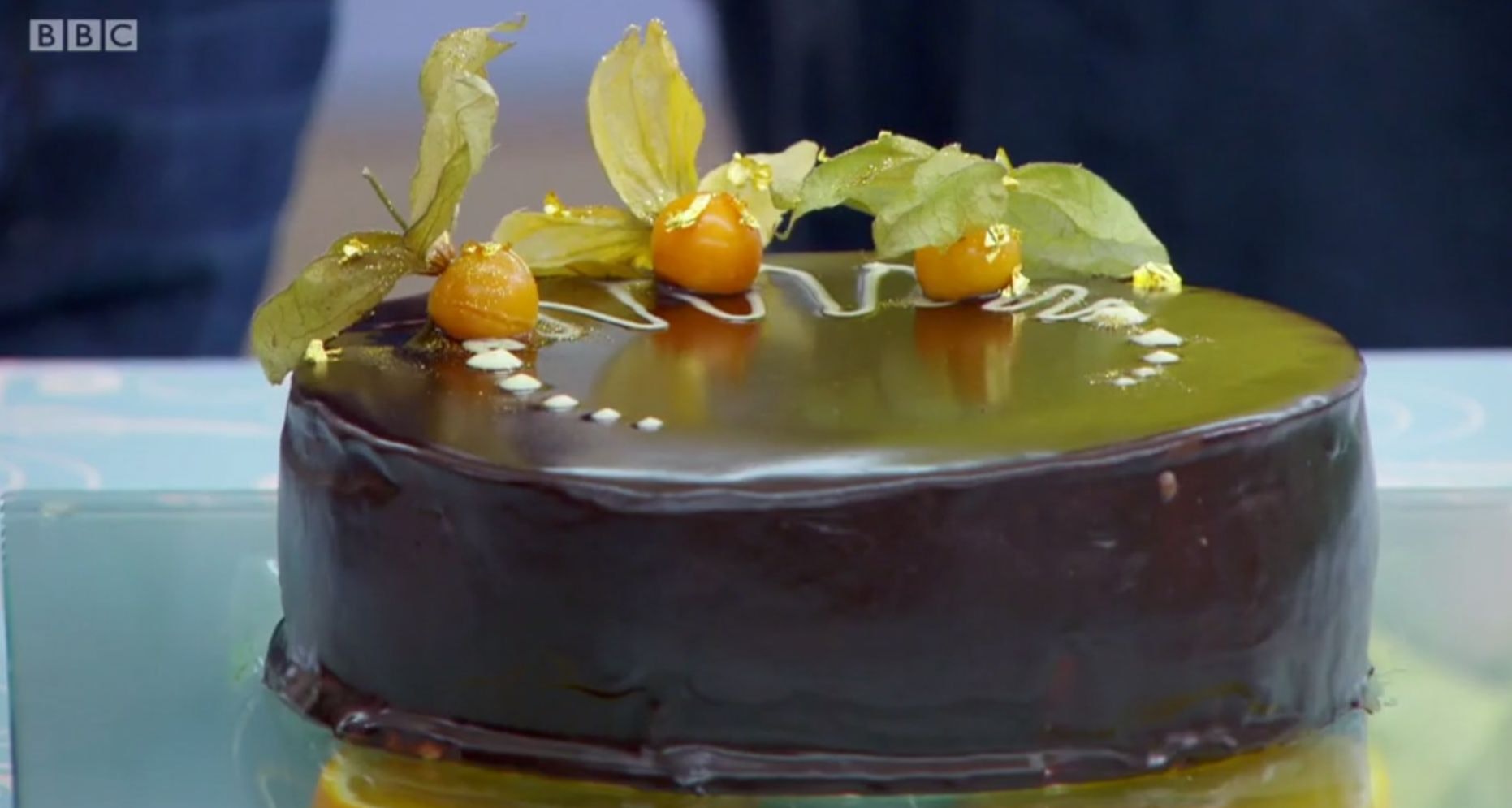 Sometimes simplicity is the correct way to go, especially when the challenge is a mirror cake. Jane may not have won for hers, but it was still an elegant reflection of her work. 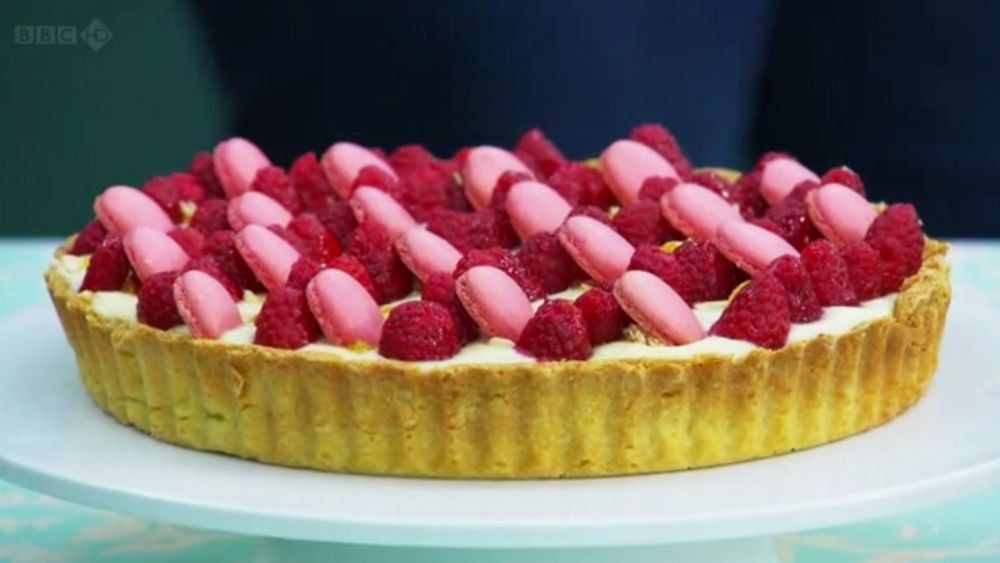 PBS’ decision to air GBBO Series 3 in 2018 (aka Baking Show: The Beginnings on Netflix) netted fans a look at a few bakes they’d missed. This Tart Week stunner from James was a highlight. 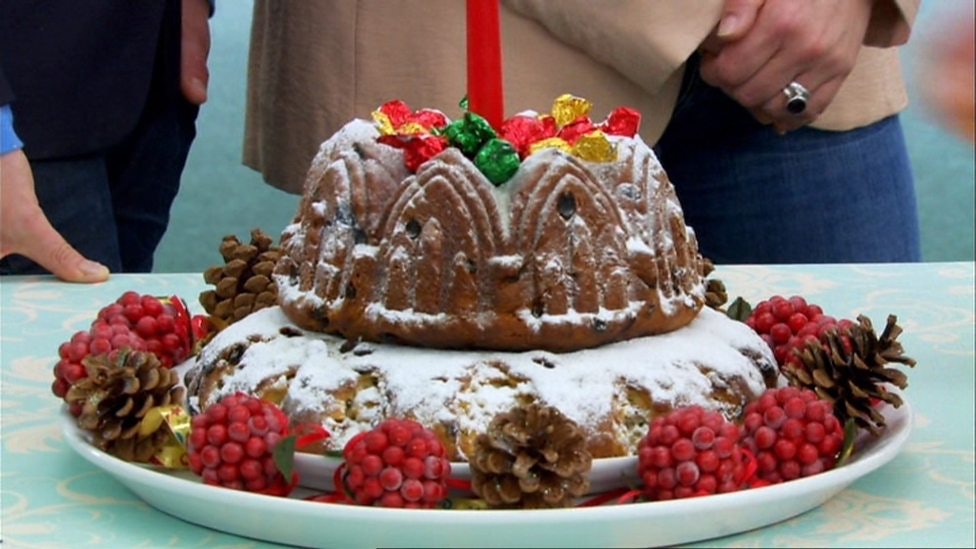 Sweet Dough Week also gave viewers the best Christmas Bake ever in the form of this Black Forest Stollen, from eventual runner-up Brendan.

Meanwhile, over on Netflix where GBBO continued properly, Season 5 fan-favorite Liam went home too soon. But not before he scored one of the best pies of the competition ever with a tribute to his Nan. 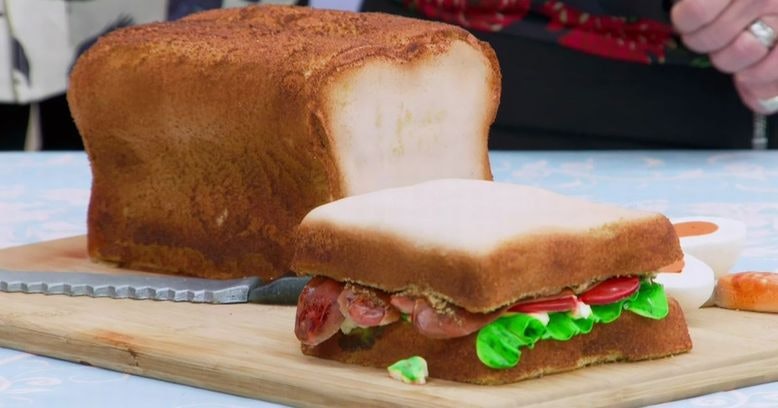 Making a Victoria sandwich cake to look like a sandwich is the obvious visual pun. But Steven’s BLT took it all to another level entirely. 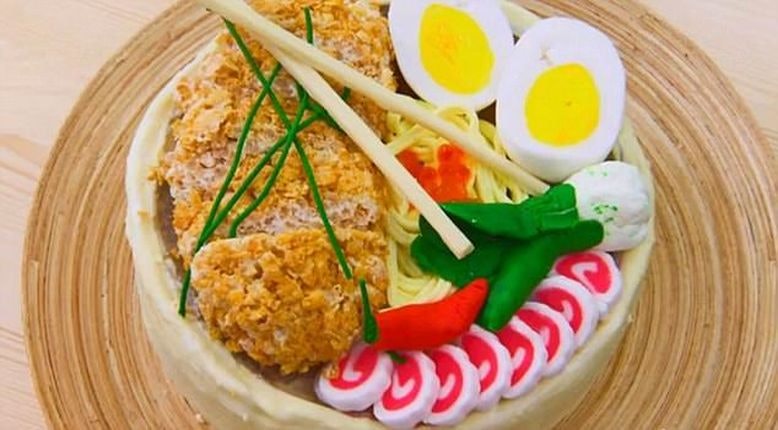 Perhaps one of the best illusion cakes the show has ever seen. Yan’s "Bowl of Noodles" looks so real, new judge Prue thought she needed chopsticks for a second. 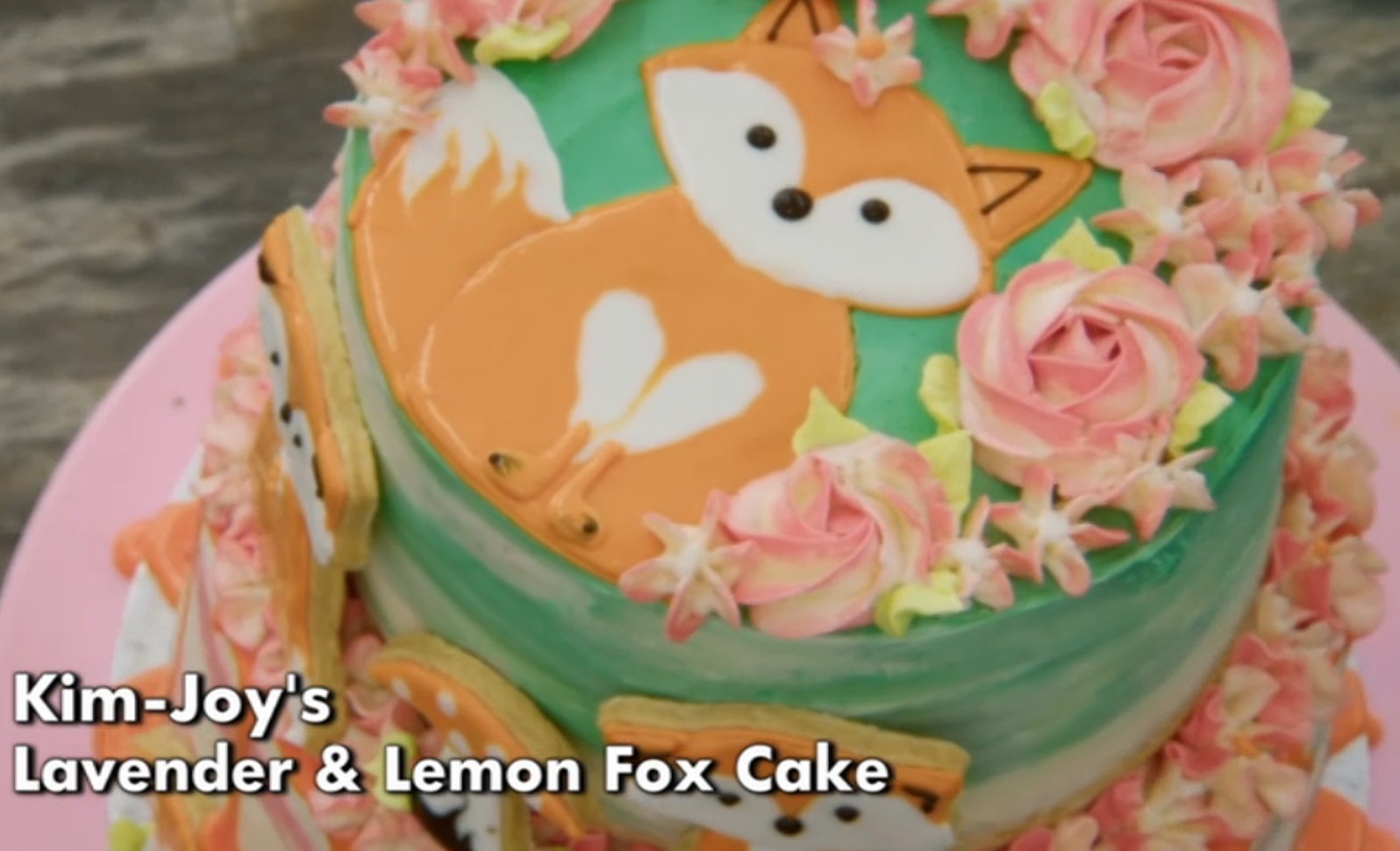 Season 6 fan-favorite Kim-Joy’s carnival of animals took her to the Finals. But her fox cake was the best of the batch. 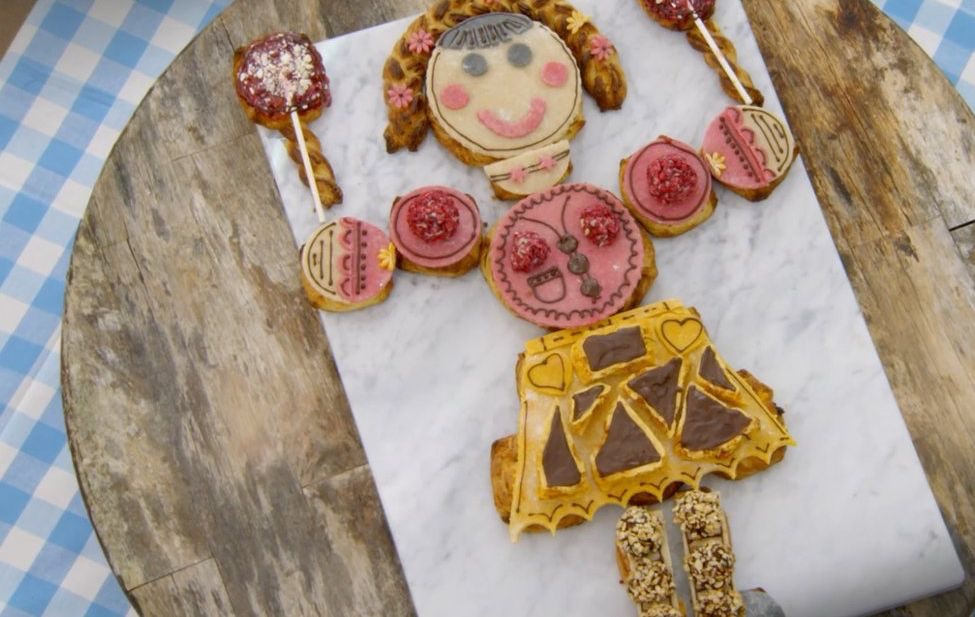 After Season 2’s tabloid scandal with Paul Hollywood, I never wanted to hear about a GBBO contestant named Ruby again. But Season 6 proved me wrong, with runner-up Ruby Bhogal and her amazing Sister Kagekone from Danish week. 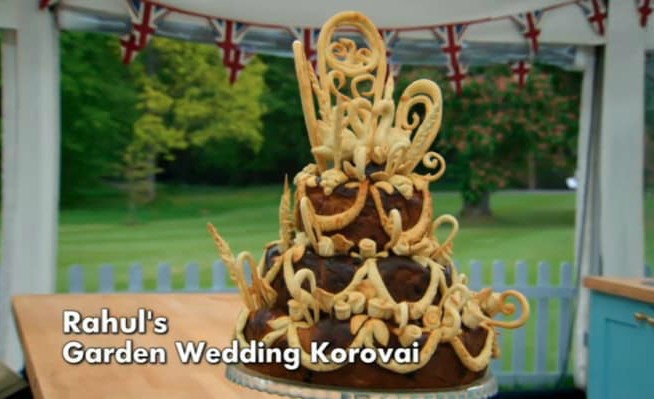 Rahul’s self-doubt convinced him he was the underdog all the way until he won Season 6. And that’s even after he made this stunning Korovai during Bread Week.