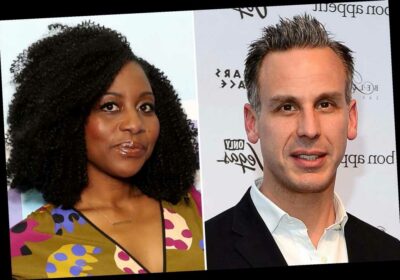 Bon Appétit videos will return in September after mass exodus

The downfall of Bon Appétit amid accusations of racial discrimination is being turned into a comedy.

The widely publicized implosion of the long-running food and lifestyle magazine is the subject of a new HBO show, according to the Hollywood Reporter. The scandal is set to get the “Insecure” treatment with the help of that show’s head writer Amy Aniobi who will lead the new series, called “Enjoy Your Meal.”

The forthcoming series will “draw inspiration from the multiple media scandals of summer 2020 and today, focusing on a cohort of young assistants of color who rise up to tear their cookie-cutter corporate culture apart,” according to the series’ summary.

Aniobi will also executive produce alongside Galt Niederhoffer and Monica Villarreal (“The Kids Are All Right”) of Authentic Management Productions and record producer Drew Dixon (“On the Record”). They’ve also tapped insider Ryan Walker-Hartshorn — who was assistant to Bon Appétit’s then-Editor-in-Chief Adam Rapoport and the sole black staffer at the time — to consult on the script.

Controversy among the magazine’s staffers initially surfaced last summer, when an image of Rapoport costumed in “brownface” was unearthed and shared across social media. The incident, resulting in Rapoport’s resignation, also became a catalyst for open discussion of the company’s problematic culture and lack of diversity, with one of their editors of color, Sohla El-Waylly, later admitting that she had previously been used “as a display of diversity” in their “Test Kitchen” video series. Soon, El-Waylly, and several others in solidarity, left the company after failed negotiations for a more equitable salary.

After leaving the company in August, Walker-Hartshorn alleged that Rapoport treated her like “the help,” having worked full-time for three years at a salary of $35,300, according to an interview with Business Insider — a rate considered below a “living wage” for single, childless residents of New York City, where the magazine is based. While under his charge, Walker-Hartshorn was said to have cleaned Rapoport’s gold clubs and instructed his wife on using Google Calendar.

A premiere date for “Enjoy Your Meal” has yet to be announced.