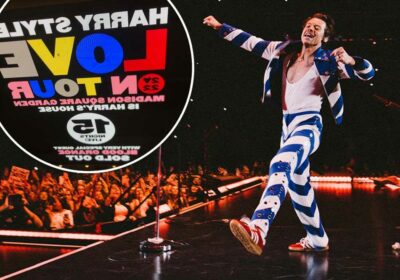 But the neglected pink, yellow and green feathers weren’t leftover from a pride parade or a very early Halloween celebration — they belonged to fans of Harry Styles, the flamboyant pop superstar who performed just upstairs at Madison Square Garden on Saturday and Sunday.

Styles, 28, is in the midst of a 15-date run at the iconic Midtown venue as part of his “Love on Tour,” and he’s just getting his feet wet with it.

The One Direction alum returned to the stage Monday night for only the third show of his sold-out residency, which runs through Sept. 21 before traveling to Austin, Texas, Chicago and Los Angeles in support of his latest album, “Harry’s House.” 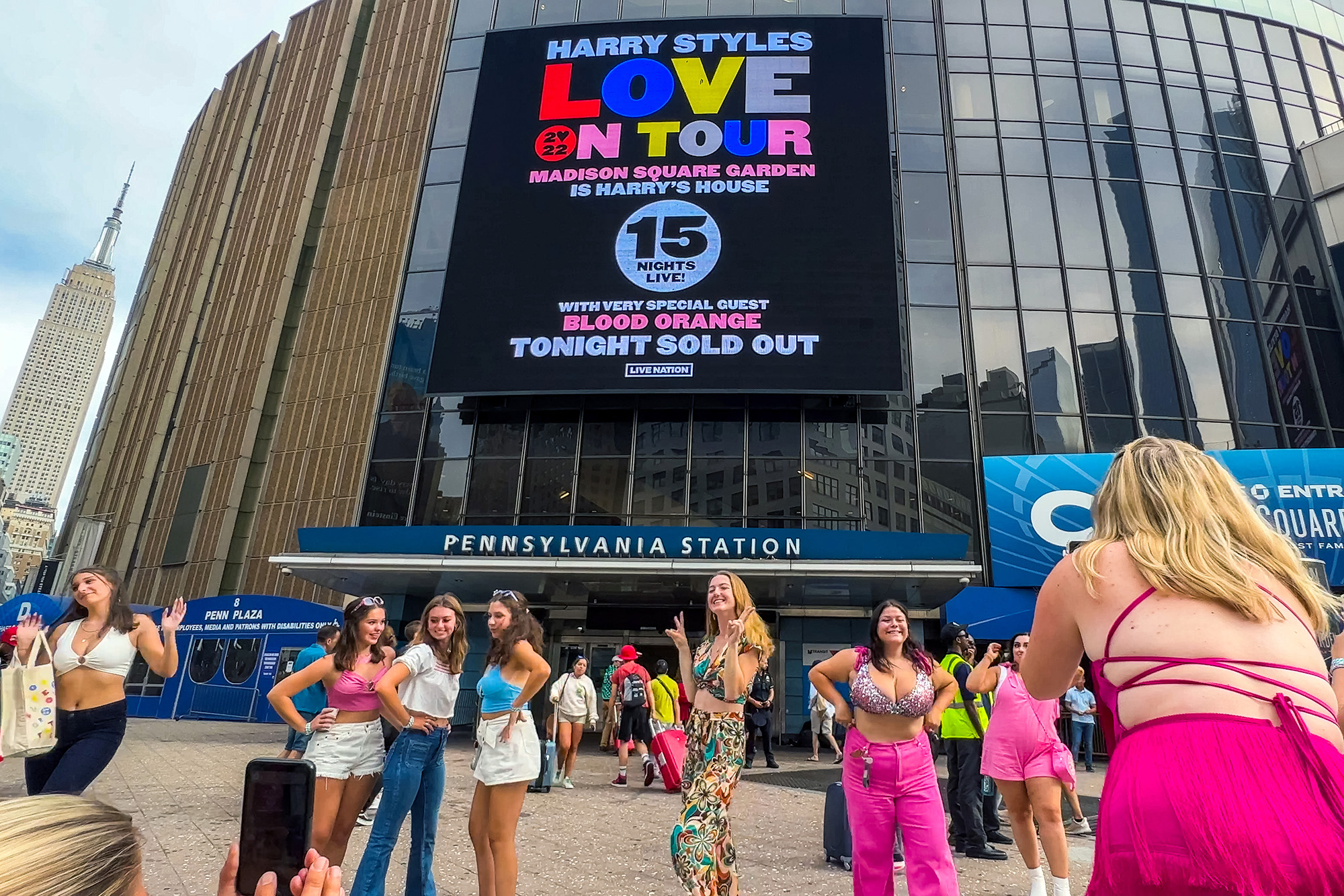 Styles opened his 90-minute concert with “Daydreaming,” although the deafening screams of his primarily young, female audience nearly drowned out the funky track. Some folks were even caught looking around the room with their jaws dropped, in awe of just how loud the crowd could get.

It’s no surprise that Styles’ stellar showmanship elicited such a reaction, as he has been filling arenas — and stadiums — since he was a teen, but this time felt different.

The Grammy winner’s “Live on Tour,” which ran from 2017 to 2018, was a phenomenal introduction for a former boy bander, but he seemed just a smidge timid while finding his footing as a solo artist. This time around, however, it’s evident how free and comfortable he’s become on his own. 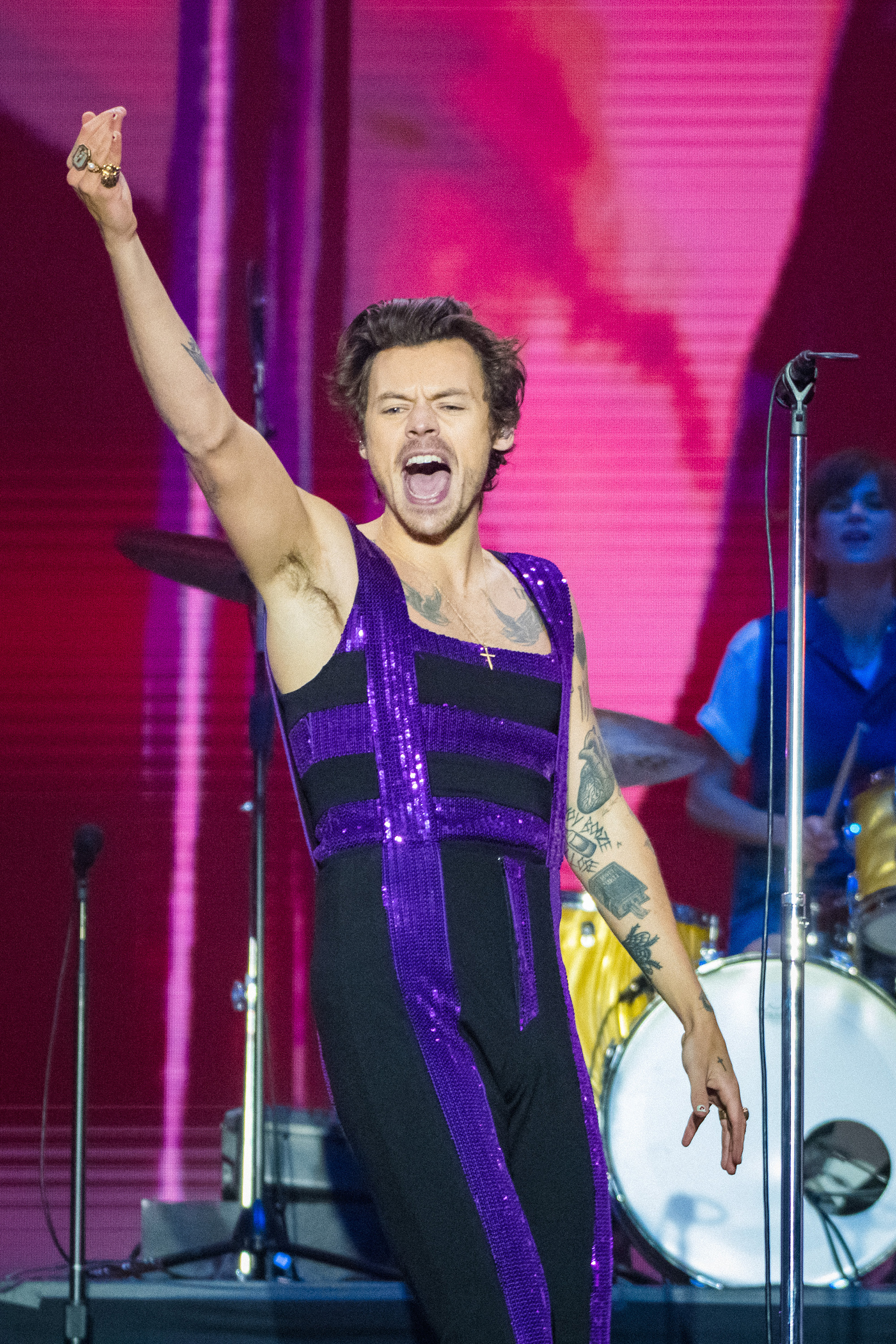 Styles nearly levitated across the MSG stage, which was situated in the round, giving the 20,000 fans in attendance a 360-degree view of the man of the hour as he bopped around to hits like “Late Night Talking” and “As It Was.”

The crowd was most captivated, though, during the intimate moments, hanging on to every word of tender ballads including “Little Freak” and “Love of My Life.”

But don’t let the acoustic sing-alongs fool you. Stylers are notorious for making the Garden floor shake each time their idol comes to town, and Monday night was no different. The entire room broke a sweat jumping up and down to “What Makes You Beautiful,” the only 1D song on Styles’ setlist, and the raucous encore “Kiwi.” 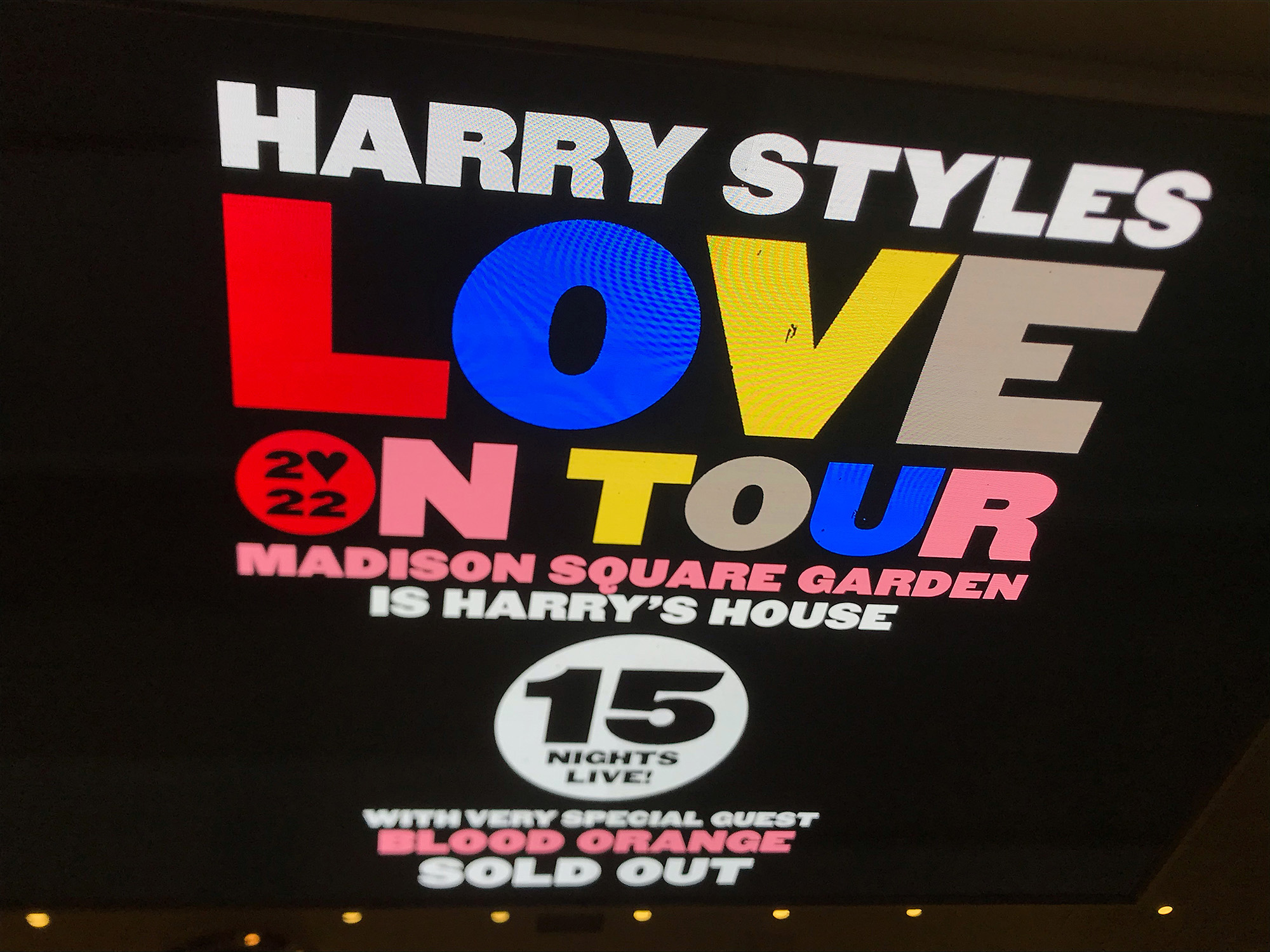 And with that, Styles took his final bow and walked off the stage, ready to enjoy a three-day break before doing it all again.

Billy Joel may need to watch out because there’s a new king of Madison Square Garden — at least for the next month.