Guitar duo find a cunning solution to the lockdown blues 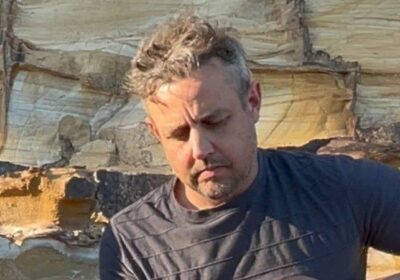 This was a cunning solution. With most streamed concerts during lockdowns seeming to amplify the absence of an audience, Ben Hauptmann and Aaron “Baz” Flower headed outdoors. Central Coast residents, they picked locations around Pearl Beach and Macmasters Beach that they thought would be both scenic and suitable, and went back to basics: one static camera, two microphones and two socially-distanced (and double-vaxxed) acoustic guitarists. Miraculously, you never felt the absence of an audience. It’s more like eavesdropping on two people having a jam at the beach. 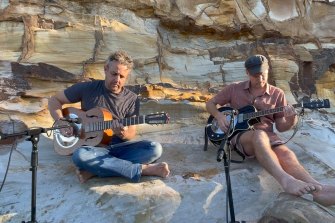 The two guitarists went back to basics in this charming concert.Credit:

Flower and Hauptmann are long-term friends and collaborators, as well as being two of the country’s leading guitarists. They came first and second in the National Jazz Awards in 2007, and you may well have heard Flower with Vince Jones and Hauptmann with Gurrumul or Katie Noonan.

Since they first burst on to the scene, one thing has been obvious: their love of music touches many different horizons, and they make notions of genre-crossing fade to irrelevance. They swiftly established the breadth of their terms of reference, by sliding from the romance of Mexican composer Lorenzo Barcelata’s beloved Maria Elena to Bill Frisell’s elegant Ballroom, and on to 1930s Cuba, jazz standards, blues and country music.

The sound of the guitars seemed almost to grow organically out of the surroundings, whether that was the bush setting of the first five pieces, or the subsequent rock shelf, seaside rocks and then a beach. Interestingly the latter hosted the best sound – or perhaps the guitars were just a little more on-mic.

Highlights included Out of Nowhere being restored to its original ballad tempo, with Flower making the melody ache and Hauptmann crafting a solo that remained pensive even amid sudden flurries. They maintained this level for The Song Is You, Hauptmann’s solo flecked with the audio equivalent of the white water that could be glimpsed behind them, and Flower’s superbly lyrical.