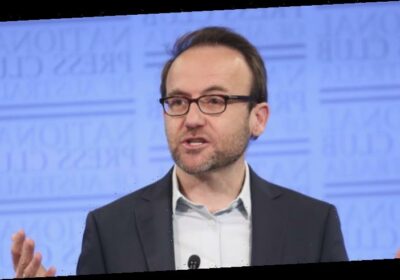 Voters will be asked to welcome the prospect of a hung Parliament after the next federal election in a Greens strategy to help Labor form a minority government and demand greater action on climate change and inequality.

Greens leader Adam Bandt will name nine target seats for the party in a bid to gain the balance of power, calculating this is far more likely than an outright Labor victory on polling. 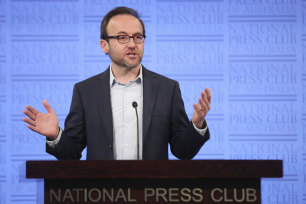 The strategy comes after the Australian Electoral Commission proposed contentious changes last Friday that could see the Labor seat of Macnamara in Melbourne fall more easily to the Greens.

While major parties usually warn voters against minority government, the Greens are seeking to use the prospect to their advantage by telling voters this is the most likely way to remove Scott Morrison as Prime Minister.

“We are committed to turfing out the Liberal government so you will get more bang for your buck if you vote Green,” Mr Bandt told The Age and The Sydney Morning Herald.

“The message to Labor voters is that if you want to kick the Liberals out and make the next government go further and faster on climate change, and make billionaires and big corporations pay their fair share, vote Green.” 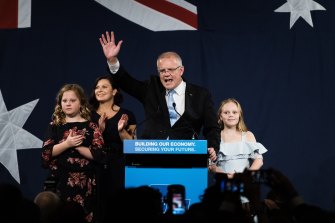 Based on the AEC’s proposal, the Morrison government would go to the next election with 75 seats compared to Labor’s 69.Credit:James Brickwood

The party aims to name candidates for the target seats within months in order to act on mistakes from the last election, when it took too long to have candidates in place.

The plan is based on an electoral analysis that shows a uniform swing of 0.6 per cent against the Coalition would be enough to create a hung Parliament and a chance for Labor to form minority government with the Greens.

“The current Parliament is much more finely balanced than people think, and the last election was much closer than many people think,” Mr Bandt said.

“On current published polling, a minority government after the next election is a likely outcome.”

The targets include five seats held by Labor: Griffith in Queensland, Richmond in NSW, Canberra in the ACT and Macnamara and Wills in Victoria.

The others are four held by the Liberals: Brisbane and Ryan in Queensland and Kooyong and Higgins in Victoria.

But the strategy assumes swings against the Liberals and Nationals, based on surveys from Newspoll and Essential, without conceding that Mr Morrison could capitalise on his strong personal support to gain seats.

The Coalition could gain four seats and hold a narrow majority with a swing to the Liberals of less than one per cent in Macquarie, Lilley, Cowan and Eden-Monaro, on calculations before the redistribution. It would gain Corangamite as well with a swing of 1.2 per cent.

For all the ambitions in the strategy, the Greens have struggled at the last three federal elections to gain seats in the lower house, after Mr Bandt won the electorate of Melbourne from Labor in 2010.

Mr Bandt said the policy message at the next election would focus on climate change and inequality, such as measures to make big companies pay more tax and fund government spending.

“We will help push the next government to go further and faster on climate change and make billionaires and big corporations pay their fair share of tax,” he said.

“Left to their own devices, neither Labor nor the Liberals will do that by themselves.”

Former Labor minister Joel Fitzgibbon has warned his party against becoming too close to the Greens while other MPs are wary of the minor party after the alliance formed in 2010 to help Julia Gillard remain prime minister in a minority government.

Mr Bandt said there were lessons from that period in the creation of the carbon price before it was repealed by Tony Abbott and his government after the Coalition won in 2013.

“The longer time goes on, the better the record of that period,” he said.

“If we had kept the carbon price, then we wouldn’t be having carbon tariffs imposed on us by other countries, for example, so that was actually a good government.

“One lesson learned was that we got the policy right on the carbon price but, once we got the laws through, there was probably not enough time continuing to talk about the problem and explaining why we took the action we did.

“That left open the door for Tony Abbott to reframe it as a tax and cost issue.”

The strategy is based in part on work by the Parliamentary Library, in response to a Greens’ request, that estimates a small swing against the Coalition would be enough for it to be forced to negotiate to form minority government.

Mr Morrison can call a standard half-Senate election at any time between August 7 this year and May 21 next year, according to the Parliamentary Library, with Liberals saying privately that a poll in the first months of 2022 is most likely.

The analysis concludes the swing would be enough for the Liberals to lose the Victorian seat of Chisholm, held by Gladys Liu, and the Tasmanian seat of Bass, held by Bridget Archer.

But Labor would need a swing of 3.88 per cent in uniform terms to gain a slim majority, highlighting the chance of a hung Parliament.

The Australian Electoral Commission issued draft changes on Friday to respond to population changes by removing the seat of Stirling in Western Australia and proposing a new electorate called Hawke in western Melbourne.

Based on the AEC’s proposed electorate borders and estimates of margins in each seat, the government would go to the next election with 75 seats compared to Labor’s 69.

The Greens calculated before the redistribution that they would need a swing of 2.9 per cent to win Macnamara, which extends from Port Melbourne to Elwood and Caulfield and is held by Labor’s Josh Burns.

The party’s analysis is that it would have won Macnamara on the boundaries in the redistribution.

The party thinks it needs a 3.5 per cent to win Griffith, on the south side of the Brisbane River and held by Labor frontbencher Terri Butler.