"Gordita Chronicles" Is Proof that Diverse Dominican Stories Are Important 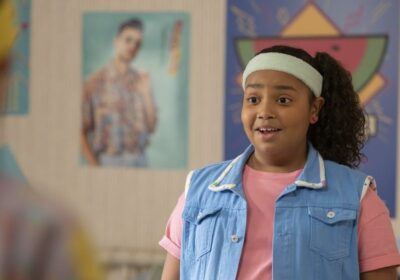 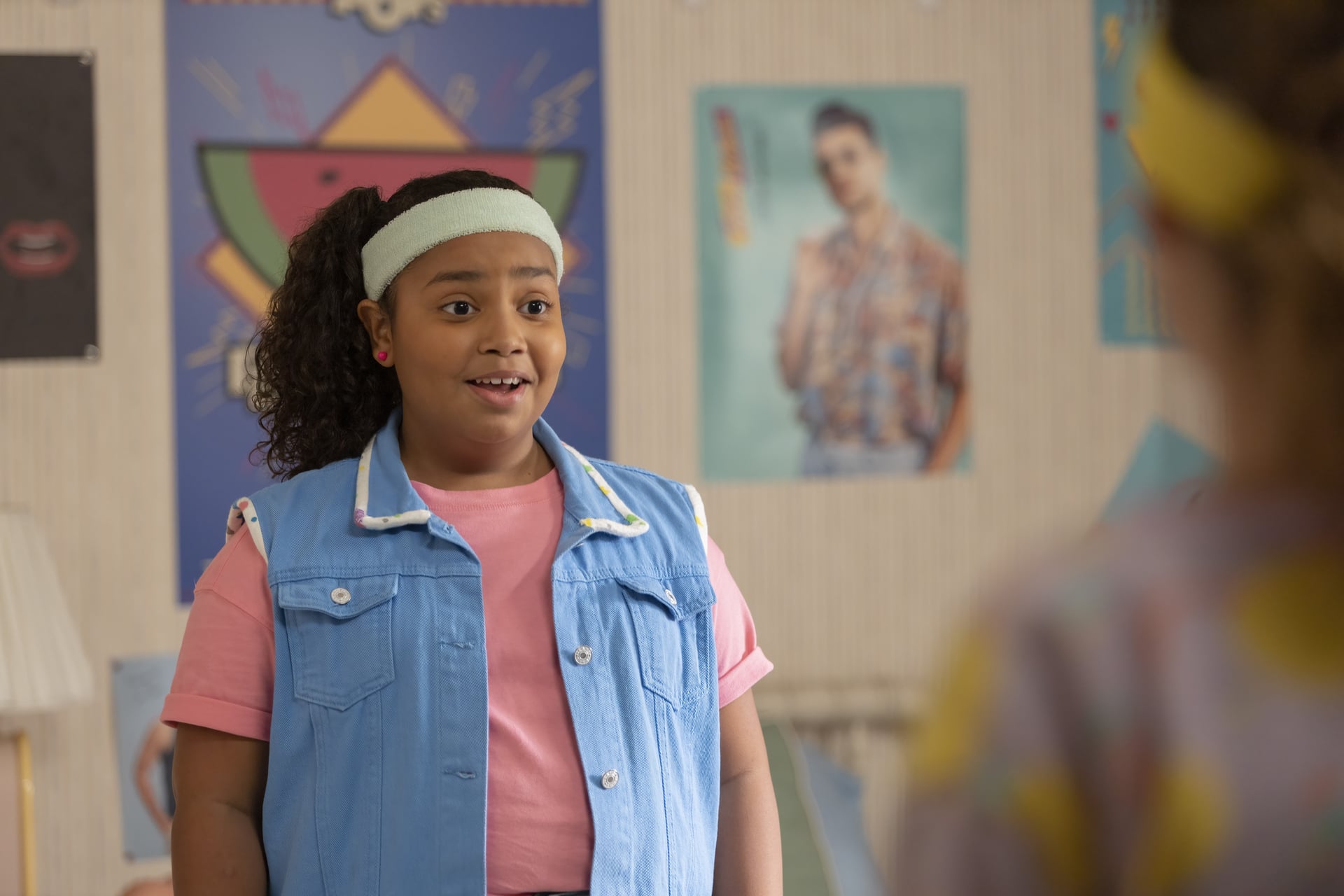 I remember when there was such a profound lack of Latinx representation in Hollywood that even seeing our beloved Jennifer Lopez playing a Latina maid in “Maid in Manhattan” felt like progress — compared to films in which we were portrayed as sexpots, gang members, or drug lords. For years, Hollywood has perpetuated harmful stereotypes of Latinx communities, and this failure to humanize Latinxs in mainstream media, film, and television directly impacts the way we are treated by society. While recent years have seen more positive portrayals in Hollywood, it’s been slow.

As a result, we as a community have found ourselves at times overly critical of Latinx films or series; we’re often quick to dismiss or cancel certain stories because they didn’t get everything right. And while the criticism is often valid — like how Lin-Manuel Miranda’s film adaptation of “In The Heights” failed to fully depict the Afro-Dominican community of Washington Heights — we can’t deny that we have had some wins (e.g., Disney’s “Encanto”). And with more Latinx stories slowly but surely hitting the mainstream, what better time than now to embrace the various Latinx stories we have?

HBO Max’s “Gordita Chronicles” is by no means the typical Dominican-American story we are used to seeing in film and television — in fact, it’s the first of its kind. Set in 1985, the comedic family sitcom follows a middle-class Dominican family that migrates from their home in Santo Domingo, Dominican Republic, to Miami — and the challenges they face in trying to assimilate to life in the US while holding onto their culture, their values, and who they are. It’s a story that many can relate, whether or not they’re Dominican-American or even Latinx. And it’s a story worth giving a chance.

Claudia Foresti, the show’s writer and creator, was inspired by her own Dominican family and migration story. The series follows Carlotta, or “Cucu” (played by Olivia Goncalves), a 12-year-old Dominican girl based on Foresti herself. She’s a chubby, brown-skinned, curly-haired Dominicana trying to find her place in US culture and society. Foresti was motivated to share her story in 2016 in response to Donald Trump’s vitriolic rhetoric targeting Latinx immigrants and communities.

“He said a lot of really horrible things about immigrants. He said Mexican immigrants, but I think all people of color knew what he was really saying,” Foresti tells POPSUGAR. “My first career was working for Telemundo as a reporter and later as a producer. I’ve worked all over the country. And that was not my experience. The way he was making it out to be was very alarmist. It was very distorted. It was not my experience at all, and I wanted to write something different — the immigrant experience I knew not only from my experience, but from covering the immigrant community for a dozen years in Chicago, in the Bay Area, in LA, and in Miami.”

Foresti explains she was also inspired by the various migration stories that exist within her own family. She comes from three generations of immigrants. Her paternal grandfather immigrated from Italy to the Dominican Republic. Her dad was half Dominican and half Italian, and her mother is a brown-skinned Dominican woman. They got married and migrated to Puerto Rico, eventually moving with her and her sister to Miami when she was seven. 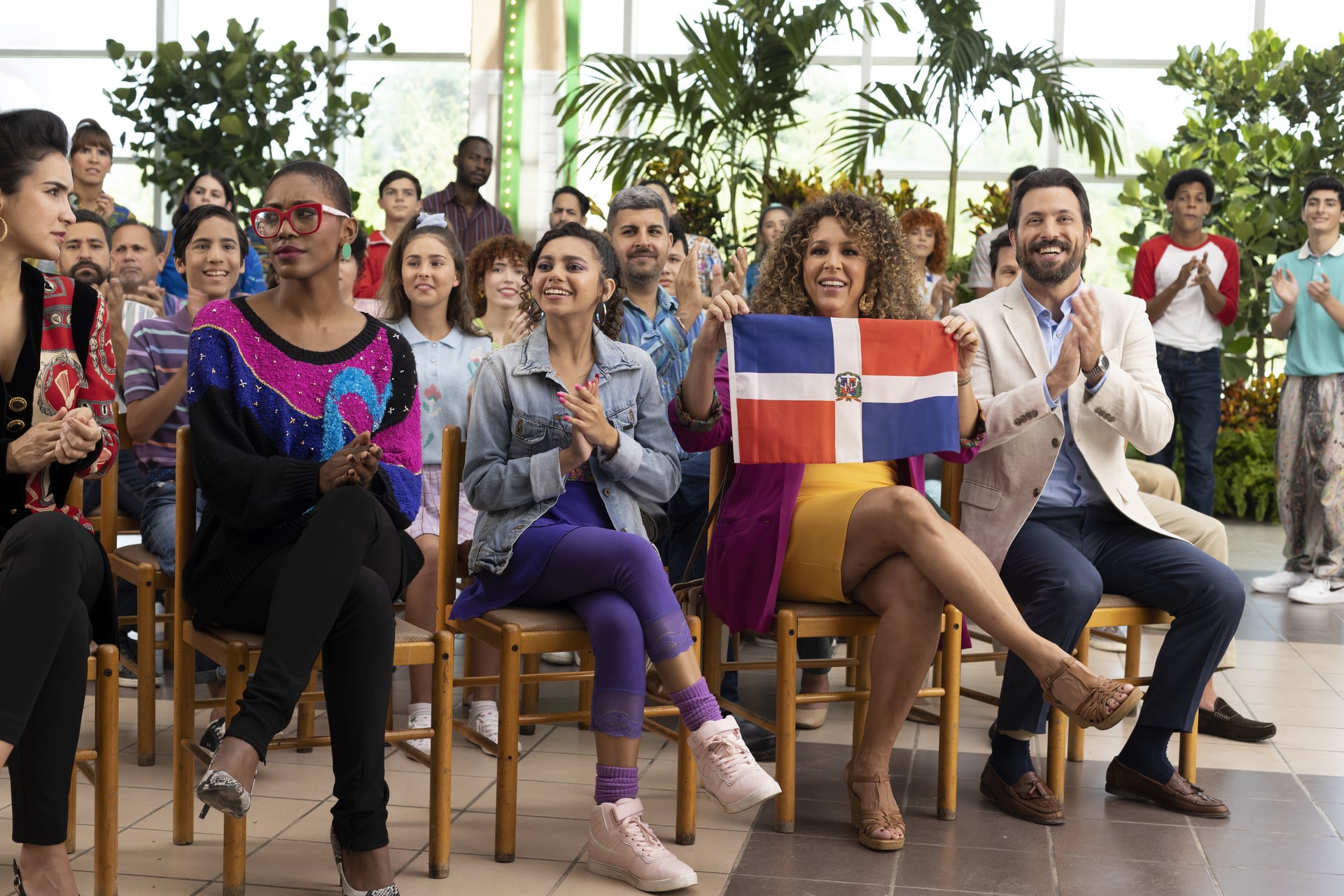 “People were always very confused by me, because they were like, ‘Wait a second. You say you’re Dominican. But then your Spanish — it doesn’t really sound Dominican. Sometimes you sound a little Cuban. And then you have an Italian last name.’ I don’t know, people were confused by me,” Foresti says. “And then like, ‘OK, you’re obsessed with losing weight and being acomplejá about being gordita. But you still love to eat. Like, what’s up?’ I was like, OK, I’m going to have to explain to people, ‘Well, I grew up in Miami. Yes, I’m Dominican. But I’m not your typical Dominican. Not that there’s really such a thing, because I think every Dominican experience is different. So just as the old saying goes, ‘write what you know,’ so I wrote a version [of my life] for a TV show.”

In “Gordita Chronicles,” Cucu; her older sister, Emilia (played by Savannah Nicole Ruiz); her father, Victor Castelli (played by Juan Javier Cardenas); and her mother, Adela Castelli (played by Diana Maria Riva) navigating their place in US life. Cucu goes from being told she’s “gordita” out of cariño in DR to being called “fatso” by her school peers in Miami; Emilia struggles to keep up with the “cool girls” in school; their parents are presented with their own challenges.

The series contains numerous references to Dominican culture, including scenes with merengue music — in some cases, Juan Luis Guerra songs that Foresti listened to growing up. There are Dominican sayings, Dominican slang, and Dominicanisms used throughout; foods such as sopa de ayuma, mangú, and dulce de coco are referenced. While the family speaks mostly English so that all viewers can tune in, Foresti grew up speaking mostly Spanish at home.

“In my house, it was like a little Santo Domingo inside. My dad, even though he was part Italian and light-skinned, you never met a prouder Dominican. It almost felt like he was always talking about Dominican culture and Dominican contributions,” Foresti says. “Because being in Miami, it was like being a minority within a minority. In the 80s, the dominant American culture was changing, because you had the Cubans — so it was American and Cuban culture taking over, and then within the Cuban culture is like the subset of Dominicans. There were Dominicans growing up, but it wasn’t like New York.”

While Foresti’s experiences are nothing like those of, say, a Dominican-American born and raised in Washington Heights, she believes there is room for diverse Latinx and Dominican stories. “I think it’s important, because not all immigrant experiences are the same, and not everybody that comes from a certain country shares the same background and the same experiences,” she says. “I still think there’s a lot of room for comedies about the New York Dominican experience. There are [also] a lot of Dominicans in Boston. There are a lot of places where there are big Dominican communities . . . I’m anxious for people to see it — Dominicans in New York, especially — because part of me is like, ‘Are they going to be able to connect to it?’ The New York Dominican experience is different from the Miami Dominican experience. “ 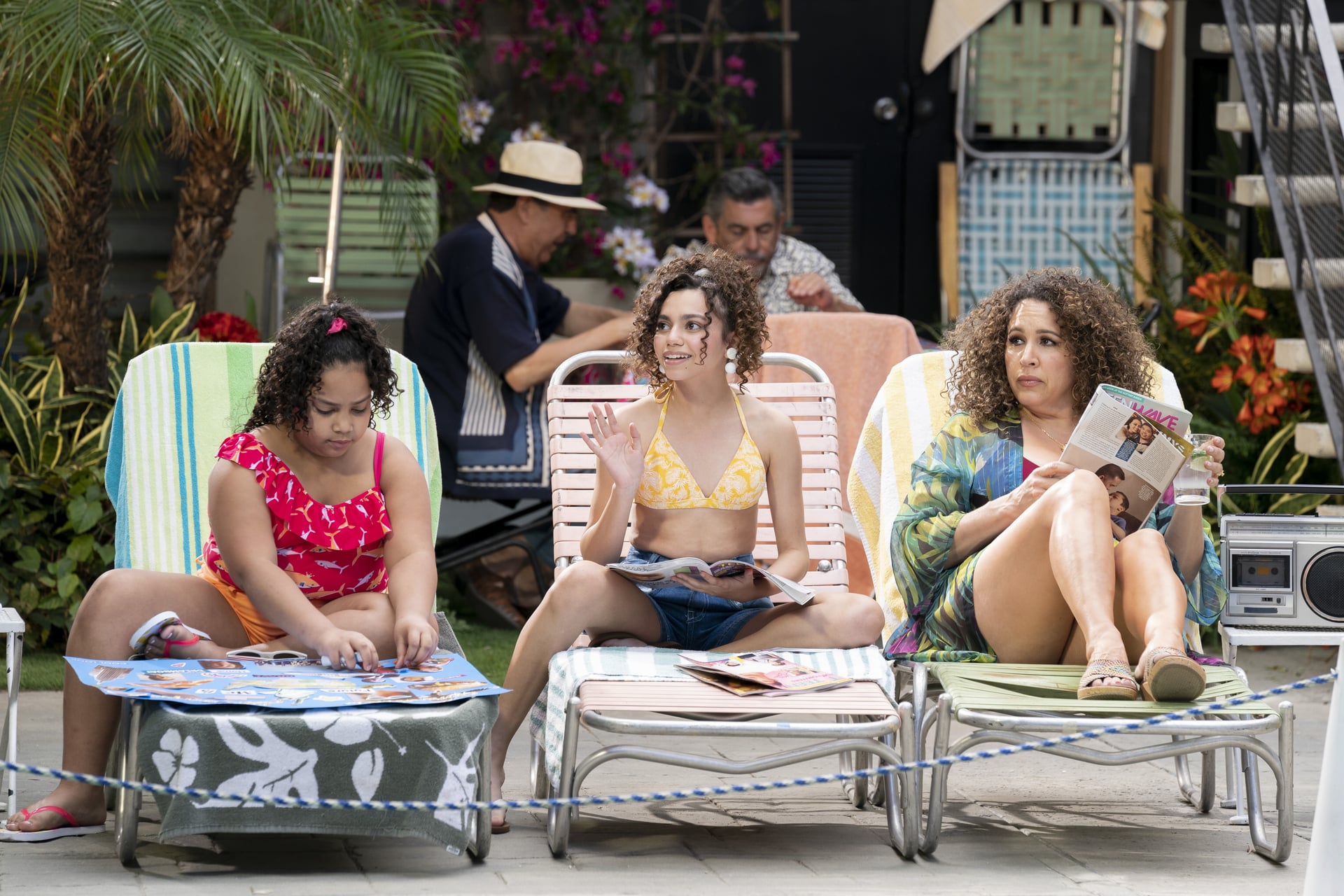 Foresti isproud of how she was able to share her story through “Gordita Chronicles.” She’s also surprised that she was given the green light to do a show so specific to her experience and life. The pilot episode opens with the Jack Carr’s quote “Immigration is the sincerest form of flattery.” The quote was intended to encapsulate the central message of the show: most immigrants come to the US with the best intentions — they seek opportunities and a better life. The hateful comments Trump has made over the years about immigrants, including calling Latin American immigrants criminals, spurred Foresti to capture what truly drives people migrate to this country — and the hope, struggle, and belonging that comes with that.

The casting was very intentional: Foresti looked for actors who reminded her of her own family members and who could truly embody the characters. “I’m very proud and very happy with the actors that got to be in this show. I’m very happy we were able to find Diana Madria, who’s such a talented comedian actress and of Dominican descent,” Foresti says. “I know there are certain expectations that people might have, but I really hope they give this cast and this show a chance. The people in my family are all different colors. My mom in real life is a bit darker-skinned than Diana. Olivia, who plays Cucu, is darker-skinned than I am. So there are all these little bits of differences, but in the end, it’s very reflective of my family. It’s not like I was trying to re-create my family, but these actors that we found capture the essence of the characters that we wrote and understood the background of these characters.”

Foresti ultimately wants people to see that, despite the struggle, there is also a fun and beautiful side to the immigrant experience. “I think understanding more where immigrants come from is something that can benefit people — and not just people of Latin descent, but also second-, third-, fifth-, or tenth-generation Americans,” she says. “I hope people will give it a chance and be able to see more of like a human side, a lighter side to the immigration experience.”