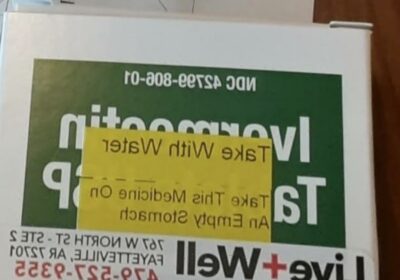 A detention center in Washington County, Arkansas, has been using the anti-parasite drug ivermectin to treat inmates who have COVID-19, local officials say, even though the U.S. Food and Drug Administration has specifically warned against it. The FDA says the drug, which is frequently used as a dewormer in animals, is not an approved or recommended treatment for COVID-19, and “can cause serious harm.”

Eva Madison, a county elected official, raised the issue during a finance and budget committee meeting Tuesday night. Jail officials were presenting their 2022 budget, which included the jail’s physician, Dr. Rob Karas, asking for a 10% increase in the medical services contract.

Madison informed committee members and the jail officials that a county employee, who has opted to stay anonymous to the public, told her that he had been sent to the jail’s clinic to get tested for COVID-19. When the person tested negative, they were given a $76 prescription for ivermectin. He was concerned about the prescription and asked his primary care physician about it, and the the physician told him to “throw that in the trash,” Madison said. 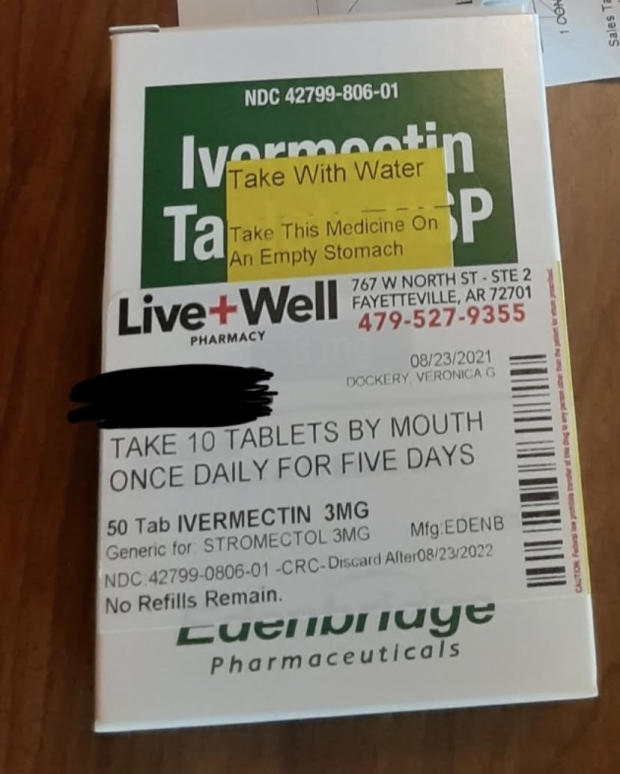 While this individual “had the good fortune to have a physician that he could go to and ask for a second opinion,” Madison said at the meeting, “our inmates do not have that choice.”

The FDA has warned against using ivermectin to treat or prevent COVID-19 in humans — but misinformation and unsubstantiated claims touting the drug have spread widely on social media. The agency said it has received “multiple reports” of people whose use of the drug required them to seek medical support or hospitalization.

“Ivermectin tablets are approved at very specific doses for some parasitic worms, and there are topical (on the skin) formulations for head lice and skin conditions like rosacea,” the FDA says. “Ivermectin is not an anti-viral (a drug for treating viruses).”

Large doses of ivermectin are “dangerous and can cause serious harm,” the agency added.

There have even been reports from several states of people ingesting highly concentrated forms of ivermectin that are used to prevent heartworms and other parasites in animals, including horses and cows. These formulations can be “highly toxic” to humans, the FDA says.

Ivermectin has been used for COVID-19 in Latin America, where vaccines and proven treatments are less available, but scientists say claims of its supposed benefits were based on questionable and possibly manipulated data. Other studies have found no benefit.

Merck, the company that makes ivermectin, also said in February that there is “no scientific basis for a potential therapeutic effect against COVID-19” and that the majority of studies about the drug’s potential effect on COVID have a “concerning lack of safety data.”

Karas Health Care, Dr. Karas’ practice, has been touting ivermectin for months. On July 16, the practice posted on Facebook, “if anybody you know test positive send them or [sic] way and we’ll get them started on doxy, singular, ivermectin, vitamin d, vitamin c and zinc.”

The post was flagged by Facebook with the message: “Some unapproved COVID-19 treatments may cause serious harm.”

Madison told CBS News on Wednesday that after learning of the prescription, she contacted the county sheriff, Tim Helder.

“The sheriff defended it, said that Karas has been regularly prescribing ivermectin at the jail during the pandemic,” Madison said.

CBS News has reached out to the Washington County Sheriff’s Office and Karas Health Care for comment.

Madison said that when she spoke to Karas, he confirmed he had been prescribing the medicine to detainees at the jail as well as members of his own family. She said he cited the National Institutes of Health, which said in February that laboratory research suggests ivermectin may inhibit viruses in test-tubes. However, the NIH also said no clinical trials have reported a benefit for human patients with those viruses. The NIH says there is “insufficient evidence” to make a recommendation on ivermectin and that it is not approved to treat any viral infection.

“It’s very disturbing to me that that’s the level of care we’re providing to folks down at the jail,” Madison said at Tuesday’s meeting.

Karas, who has treated people at the jail for six years, also confirmed prescribing the drug in an interview with CBS affiliate KFSM. He said he’s had COVID twice and took ivermectin himself.

“I’ve given it to my mom. Before she got vaccinated she was on it preventatively. My step-mom, my in-laws, my sister, my sister’s kids. Thousands of patients we’ve treated with it. We have not experienced any bad side effects from it,” Karas told the station.

In an extended clip of the interview Karas posted on YouTube, he said he started using ivermectin on “high-risk” patients in November, including those who were over the age of 40, obese or had hypertension.

Out of the 531 cases of COVID at the jail since the pandemic began, he said, at least 166 of them likely involved the highly-contagious Delta variant. Karas said he was “proud” that there have been no COVID-related deaths and only one hospitalization from COVID at the jail.

When pressed about ivermectin not being FDA-approved for COVID, he said, “nothing’s FDA approved for the treatment of COVID.” The FDA did approve one drug, the antiviral remdesivir, last October, and has also granted emergency use authorization for several therapeutic drugs.

Karas said jail detainees are “not forced” to take ivermectin and that many refuse several medications, including this one.

The Arkansas Department of Corrections, he said, has called him and told him not to use ivermectin on their inmates. If the Washington County sheriff asks him not to use it on county inmates, Karas said, he will stop, but said “he’s told me he’s not going to do that.”

The jail representatives at Tuesday’s meeting said that the only oversight of the doctor’s practices was the state medical board, which issued his license.

“He’s state licensed, board approved,” one of the officials said.

If inmates have concerns about their medical care, he said, “certainly they can write a letter or address the state board of health about any concern they have about any physician.”

Even with all of the warnings from public health officials, there’s growing concern around the country about people attempting to self-medicate with ivermectin. Mississippi recently reported an increase in calls to the poison control center, with at least 70% being related to ivermectin.

In Oklahoma, a local investigation by KFOR found that at least 12 Tractor Supply stores had sold out of animal-grade ivermectin. One store told KFOR that they have even posted a “Please don’t eat” sign.

CBS affiliate KWTV reports that the Oklahoma Center for Poison and Drug Information has received at least 11 calls since May about people experiencing adverse reactions after using animal-grade ivermectin.

“Most of those have been people who have purchased and used an animal formulation, a veterinary formulation of the drug,” Scott Schaeffer, pharmacist and managing director of the center, told KWTV. “There’s always the temptation to look for the next best treatment. Ivermectin, in my opinion, is not it.”