Globes honors Cooper for directing, Gaga for acting in dazzling hit ‘A Star Is Born’ As expected, “A Star Is Born’s’ Lady Gaga and Bradley Cooper landed Golden Globe nods Thursday morning, but they actually ended up earning two a piece!

In fact, Cooper got his first nomination as a director and Gaga, her first for starring in a film.

This comes as no surprise — as both stars captivated the world with this acclaimed, remade hit.

Back in September, Gaga and Cooper spoke to ABC’s “Nightline” about the “instant chemistry” the duo had on and off screen.

“As soon as I opened the door to my house and saw him, it was like, ‘[are] you hungry?’ And we’re both Italian and from the East coast — and before I knew it, I was heating up some leftovers for him and we were eating together,” Gaga said of a pre-filming meeting the duo had.

The first-time director also helped Gaga when it came to being the leading lady in this powerful film.

“What he taught me was know your lines, but really know the story that you’re telling,” she said. “Bradley really has been an incredible leader in creating a beautiful family. We all feel so humbled to be here.”

Cooper was just as kind in return talking about Gaga, saying, “I’m just so glad God gave her the talent that she has and he chose her, because that’s quite a vessel to go through. Because it’s really what you do with it. And she’s such a beautiful human being.”

Sam Elliott, who plays Cooper’s brother in the film, told “GMA” in October that it was the tone Cooper set that turned the cast into a family. 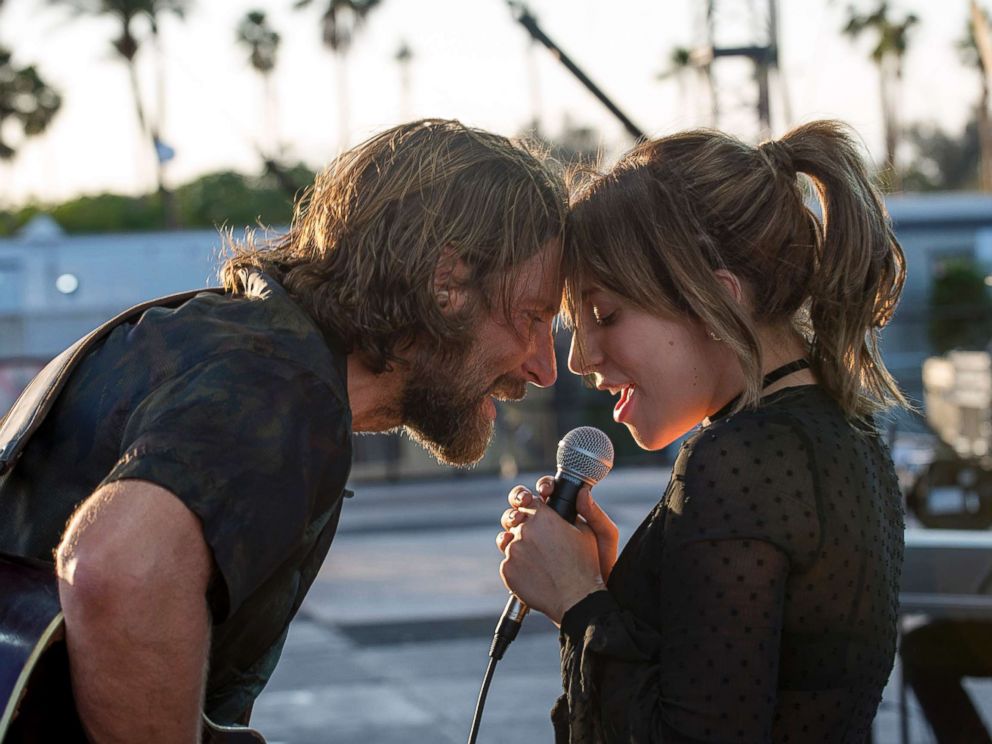 “Bradley set a tone that allowed all of us to trust him,” Elliott said. “I think when you can trust the director and trust your fellow actors, the odds are you’re going to get to the truth and I think that’s why this film is so special.”

Another first for Cooper in “A Star Is Born” was that he trained his voice for 18 months so that he could sing alongside Gaga, a multiple Grammy winner and one of the most iconic singers in all of the world, as singer Jackson Maine and admitted to “GMA” in October that he was “terrified” to flex this new muscle in front of a real-life concert audience.

“We were all terrified, the whole crew,” he said. “No one had really ever done that before.”

“We just hopped on the stage and I said, ‘Hi everybody, we’re going to shoot a movie. It’s all about you. Thank you,'” Cooper said.

“GMA’s” Nicole Pelletiere and Kelly McCarthy contributed to this piece.