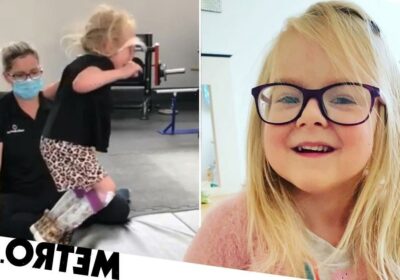 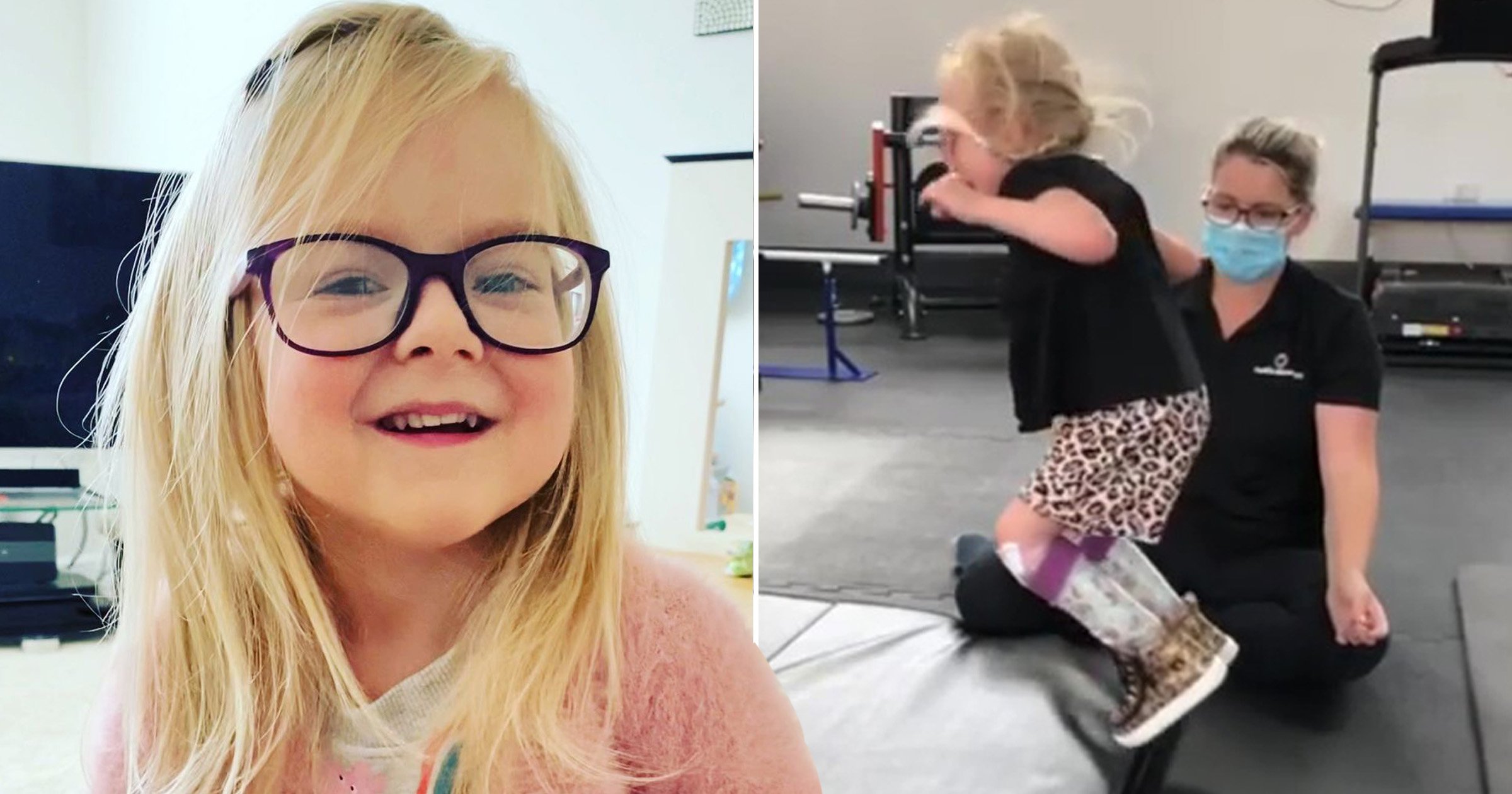 A four-year-old girl who had a challenging start to life is now jumping on her own – after years of physiotherapy.

Born to parents Clare and Mark Smith at just 24 weeks old, Sofia was left critically ill after contracting sepsis – which meant she had to spend 102 days in hospital.

She was also born with an identical twin, Sienna, who died just hours after birth.

However, there was more difficult news for the couple.

An MRI scan also revealed damage to the right side of Sofia’s brain. Doctors explained to Clare and Mark that their daughter may never walk or talk as a result.

In addition to this, at the age of two, Sofia was diagnosed with cerebral palsy.

Clare, an operations analyst, told Jam Press: ‘Sofia’s legs are very stiff so she has to wear splints to keep her heels down and stretch her muscles, without them she is very high on the ball of her toes.

‘Spasticity makes everything much harder for her.

‘She falls over a lot and little things that we take for granted take hours and hours of practice and physiotherapy to achieve.

‘Sofia has had physiotherapy from six months old and we have had to help her learn to hit all her movement milestones.’

As a toddler, Sofia was given a walker to help her move more independently – and the couple were told she may always need a walking aid to get around.

However, when lockdown hit last year, Clare and Mark decided to give Sofia an hour of physiotherapy a day along with strength conditioning once a week.

And, after several months, Sofia was able to walk unassisted.

The four-year-old even started learning to jump last December and, after practising hard, she was finally able to perform the move – and hasn’t stopped ever since.

Mark took a video of his daughter’s incredible milestone and shared it on her Facebook page ‘Super Sofia’s Story’ – which has since gained more than 12,000 likes and 676 comments. 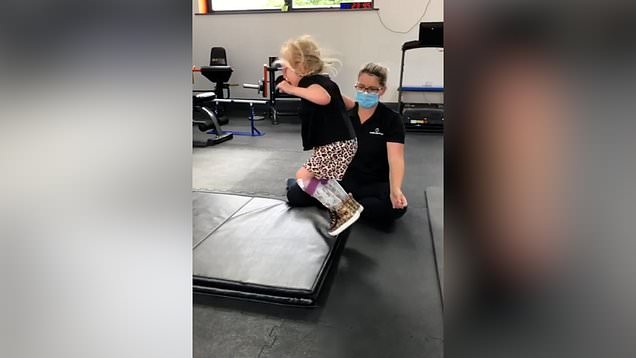 Clare said: ‘We started working on jumping back in December – she has been desperate to jump for so long.

‘We have worked on this daily at home.

‘Sofia started doing little jumps just on the floor over the last couple of months, but the video is the first time she properly cleared the air and actually jumped onto something.

‘Sofia was over the moon and hasn’t stopped jumping around since.

‘Her PT was over the moon, and when her dad came home and showed me the video, I was super emotional especially because of how much this means to her.’

Clare adds that seeing how far Sofia has come in the past year has been ‘incredibly rewarding.’

She said: ‘Sofia is the most determined little lady I have ever come across.

‘Her favourite saying is “no I want to do it all by myself.”

‘This without a doubt – along with all the hard work – has kept her progressing.’