Gigi Hadid is putting her love on display! The supermodel took to Instagram to share a PDA-filled image of her and Zayn Malik. 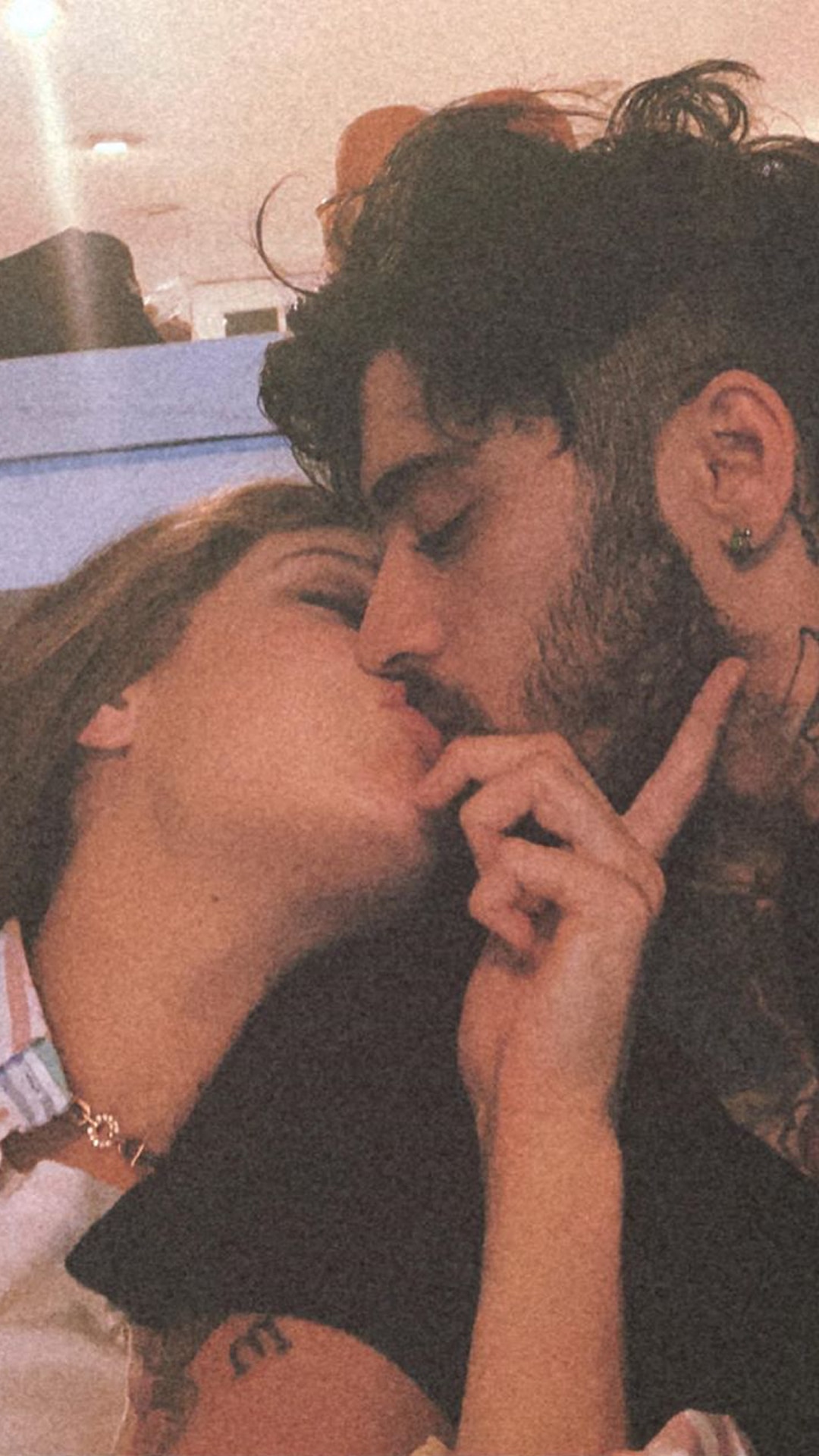 Love is in the air!

Gigi Hadid took to Instagram on Friday night to show her boyfriend some love and affection. The supermodel not only posted a rare couple photo of her and Zayn Malik passionately kissing but she officially confirmed he's the father of her first child with her sweet caption.

"baby daddy," she wrote on the 'Gram, alongside a romantic portrait of her and Zayn packing on the PDA.

In late April, the 25-year-old star announced the special baby news during a virtual appearance on The Tonight Show.

"Obviously, we wished we could have announced it on our own terms but we're very excited and happy and grateful for everyone's well wishes and support," she told Jimmy Fallon two days after rumored swirled online about her pregnancy.

"Especially during this time, it's a nice silver lining to be able to be home and be together and really experience it day by day," she added.

Just last month, Gigi opened up about why she decided to keep her pregnancy journey out of the spotlight. Put simply? She told V Magazine, it's "not the most important thing going on in the world."

"That's a reason that I felt that it's not really something that I need to share apart from with my family and friends. Obviously a lot of people have lost lives due to [the] coronavirus that was in the beginning of quarantine and still happening," she explained. "And then we moved obviously into the reemergence of the BLM [Black Lives Matter] movement, and I thought that our presence on social media should be used for that."

Where Prince Harry and Meghan Markle Stand With William and Kate

The supermodel pointed out that she's enjoying her pregnancy and cherishing each moment.

"I feel like right now I just want to experience it, and I write in my journal a lot, and I just don't want to worry about waking up every day during my pregnancy and worry about having to look cute or post something," she shared.

Gigi and Zayn are rumored to be having a baby girl, however, the couple has yet to confirm that detail. Moreover, the supermodel is expected to give birth in September. Pretty soon the two will be a family of three!